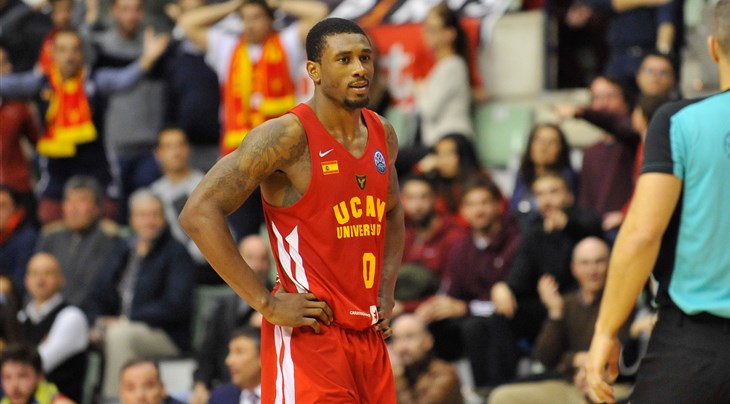 Though a person with a calm demeanor, the 26-year-old is something else entirely on the hardwood. He has been making a lot of noise with some utterly vicious slam dunks.

There was one such play on Tuesday night when Soko instinctively crashed the offensive boards, grabbed the ball in mid-air with both hands and jammed it so hard that he must have caused a few rocks to fall in the nearby Roman ruins in Cartagena.

Game after game with UCAM Murcia, Soko demonstrates an athleticism and skill level that makes him an elite talent in the Basketball Champions League.

Following his 27-point and 11-rebound effort in an 85-65 home triumph over EWE Baskets Oldenburg, Soko has been named as the Gamday 11 MVP.

The Great Britain international is the first player from his country to claim the honor.

The fans here are amazing. When they come alive, the team uses this energy. Soko

It was simply, he says, his turn to shine for a Murcia team that has several players that have turned it on at one time or another this season. Clevin Hannah, after all, had made the Team of the Week after Gameday 10.

"I've had a few good games," Soko said. "The team, we're just learning each other more. One game, maybe I'll have a big game but we have so many big pieces in the team. It can be someone's night on any night."

When Soko has a big night, it really makes people sit up and take notice. Take, for example, his performance on December 12 when Murcia survived a tough fight at UNET Holon, winning 81-75.

Soko poured in 21 points, grabbed 14 rebounds and dished out 6 assists in that win and made the Team of the Week.

There was more of an edge to the home game against EWE Baskets, perhaps because the German club had won the first meeting, 100-80, on November 1 and Murcia were determined to make amends. They not only wanted to win, but to do so by more than 20 points to gain the advantage in a potential head-to-head tie-breaker.

"I think it was a very physical game," Soko said. "Both teams played very hard. We were able to accomplish our goals with the game plan that was set."

The Murcia faithful were right behind their team, especially after four technicals were called on the home team midway through the second half and EWE Baskets got the deficit into single digits. The hosts ended pulling back ahead and winning by a margin that left neither side with the advantage in the goal-differential tie-breaker.

"The fans here are amazing," Soko said. "When they come alive, the team uses this energy. They felt like we were disrespected in our house, and we felt the same way. It gave us big energy."

Soko, after Murcia's game at Joventut Badalona on Sunday, will turn his attention to another big Basketball Champions League battle that is set to be fought on Tuesday.

Murcia are 7-4 in Group A, the same record and two other teams in the top four, EWE Baskets and Karsiyaka, with AS Monaco unbeaten and in first place at 11-0. 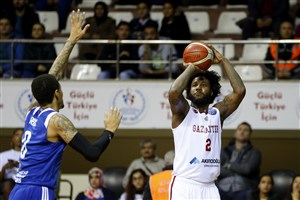 Team of the Week: Salumu, Strawberry, Rudd, Kulig and Soko 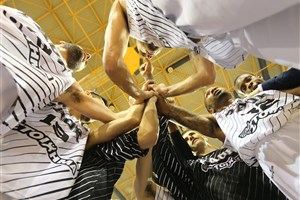