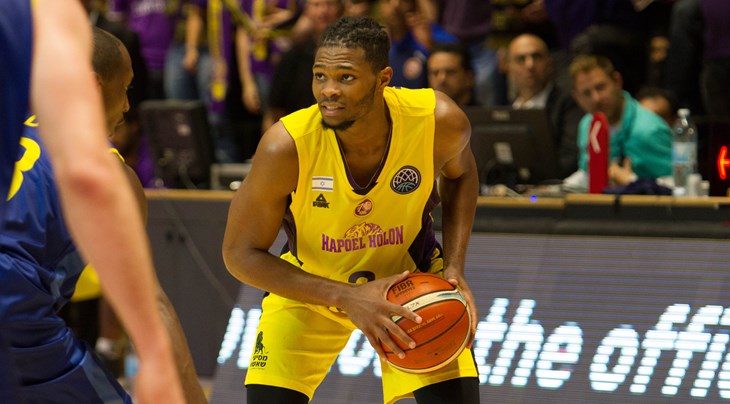 "Confident and aggressive" Walden garners MVP of the Week award

HOLON (Basketball Champions League) - Corey Walden has competed in basketball long enough to know that perseverance and self-belief are essential for all players that are striving for success.

Some games, the UNET Holon shooting guard will pour in the points while in others, he will not.

Tuesday was one of those nights when the 25-year-old Walden could do no wrong, scoring 31 points to lead the Israeli club to its second victory in the Basketball Champions League, a 94-90 triumph over EWE Baskets Oldenburg.

Okay, he did miss four shots from the floor and also a couple at the free-throw line, but a 9 of 13 (69.2 percent) effort from the field and a perfect 2 of 2 from 3-point range? Any coach, including Holon boss Dan Shamir, will be glad to get that sort of production.

The 11 of 13 effort at the charity stripe? Yes, Shamir will take that, too. The 84.6 percent success rate is well above average.

Walden, who played 37 minutes and 33 seconds against EWE Baskets, also had no turnovers. The effort, which saw him garner his season-best +30 efficiency rating, has earned him the MVP of the Week honor. 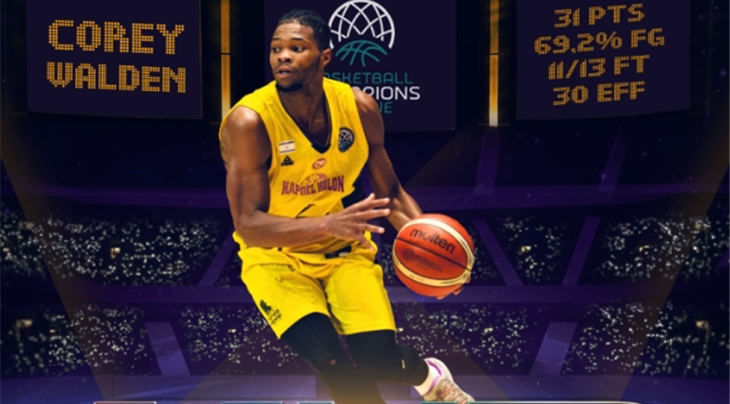 It was a far cry from Holon's November 15 game before the break for the FIBA Basketball World Cup Qualifiers when he didn't score a single point in a 98-84 setback at Dinamo Sassari.

"That's just a part of basketball," he said. "You just fight through it, stay confident. That's the big thing (against EWE Baskets), I wanted to be confident, be aggressive.

"I was able to get some shots to fall early, get to the line a couple of times but other than me, it was an overall team effort and that's the most important thing."

The bigger picture was the team stayed strong, stayed resilient and battled back and it just shows how resilient this team is, how tough this team is. We locked down and made enough plays to come out on top.WaldenWalden

Walden scored just under a third of his team's points, including 10 in the decisive fourth quarter. There were plenty of other significant contributions on the night as Holon battled back from a 12-point deficit late in the third quarter.

Tamir Blatt, for example, had 12 points and 13 assists while Tashawn Thomas weighed in with 19 points and 6 rebounds. Glen Rice Jr added 13 points and Guy Pnini, the veteran, hit not just one, not just two but three clutch 3-pointers in the fourth quarter.

"The bigger picture was the team stayed strong, stayed resilient and battled back and it just shows how resilient this team is, how tough this team is," Walden said. "We locked down and made enough plays to come out on top." 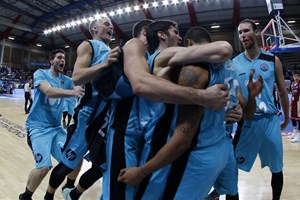