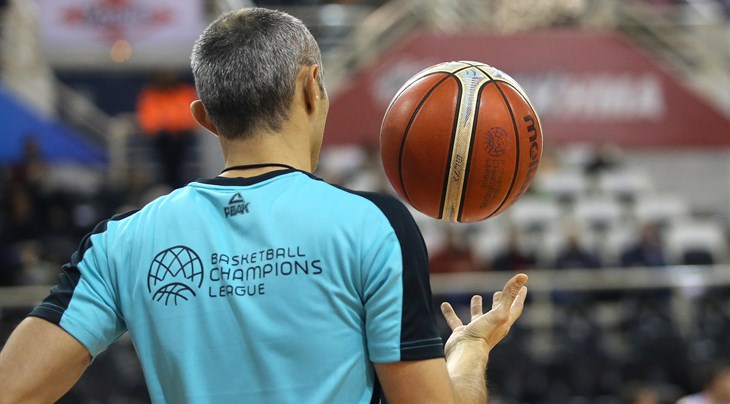 White 1 drives to the basket and defensive player Black 3 creates an illegal contact as a normal basketball play, but continues to foul the opponent.
The nature of the illegal contact at the end of the action is an excessive, hard contact caused by a player in an effort to play the ball or an opponent, and an Unsportsmanlike Foul should be called.
Outcome: Incorrect decision of the referees

Black 25 makes a basket at the end of the Game, approximately at the same time when the Red led lights shows that the period has ended.
The replay demonstrates that the ball was released (left player’s hand) before the led came off and the basket should be valid. The use of the Instant Replay System is authorized for the play situation mentioned above to determine if the basket should be valid or not.
Outcome: correct decision of the referees

White 3 starts to drive to the basket, but the defensive player Black 23 is able to have his both hands firmly on the ball. This is not a foul and a jump ball should be called.
Outcome: Incorrect decision of the referees

Black 3 drives to the basket but loses his balance in the air. Defensive player White 1 looks like avoiding the contact with Black 3, but in the replay you can see that actually White 1 creates an illegal contact with his right foot on the floor, causing Black 3 to lose his balance. A defensive foul should be called on White 1 and awarding 2 free throws for Black 3.
Outcome: Incorrect decision of the referees

Black 3 makes a 3-point shot by jumping forward. Defensive player White 6 jumps in the air and, before landing, creates a contact with the shooter. The action of White 6 is illegal and a foul should be called, because the shooter has the right to land on another place on the playing court, provided that the landing place and the direct path between the take-off and landing place is not already occupied by an opponent(s) at the time of take-off.
Outcome: correct decision of the referees 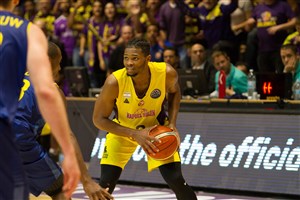 "Confident and aggressive" Walden garners MVP of the Week award 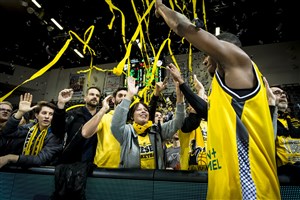