Seventy-five Referees from 31 countries and thirty five Technical Delegates attended the three-day event. With the collaboration of FIBA, the clinic covered a wide range of subjects, including officiating matters, game protocols, fitness and mental preparation.

To highlight the growing cooperation between NBA, FIBA and the Basketball Champions League, the officials were honored to welcome Monty McCutchen, current NBA Vice-President and Head of Referee Development and Training. Sharing his NBA experience, M. McCutchen discussed various topics over the weekend, including fundamentals, processing, contacts and professionalism. This led to an enriching open discussion allowing Referees and Technical Delegates to discuss and best prepare for the third Basketball Champions League season.

"Anytime we see that officiating can be helped through synergy (between NBA, FIBA and BCL) via the ability to collaborate, it makes our leagues and the world of basketball better," said M. McCutchen. "Referees serve the game, and if we're going to serve the game, we can't be so dogmatic that we're not open to new ideas."

About the presence of Basketball Champions League Referees in this year NBA Summer League (thanks to FIBA-NBA cooperation), Monty McCutchen said that "Growth is a long-term view. We take our learning opportunities to add so that, as we grow through the leagues that we work in, we're prepared for the moments that we end up being trusted in." 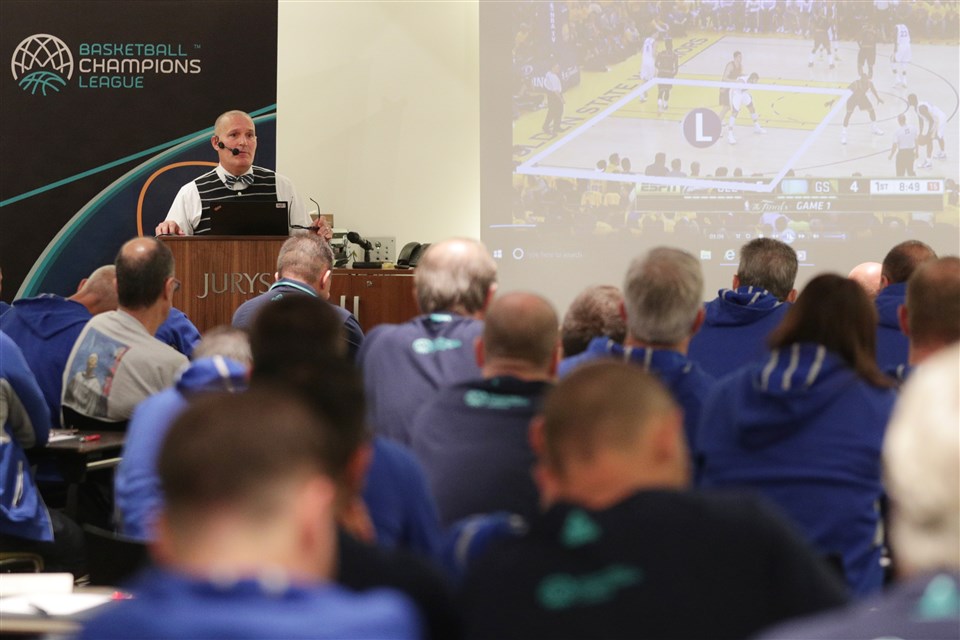 Milorad Mazic, referee during the 2018 FIFA World Cup and the last UEFA Champions League Final, shared his refereeing insights and experience from the world of football, focusing notably on pre-game physical and mental preparation.

Patrick Comninos, the CEO of the competition, confirmed the importance of holding this type of working session prior to the start of the Regular Season: "The Basketball Champions League is a top-level competition, and this means that we need the participation of the best game specialists," he said. "This pre-season clinic is paramount in safeguarding a consistent delivery at all Basketball Champions League games". The third season of the Basketball Champions League tips off with the Qualification Rounds on 20 September, with the Regular Season starting on 9 October.