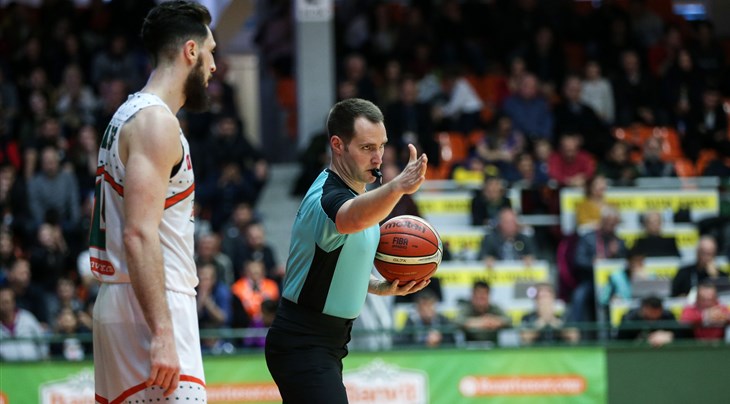 Red team is setting up a pick & roll play in the middle of the front court. In the end of the pick & roll play, Red 16, after setting up the pick, starts to roll towards to basket. Defensive player White 21 wants to slow down the roll and grabs Red 16’s shirt clearly with the right hand and firmly holds it. This is not a legitimate attempt to play ball (C1) and therefore an Unsportsmanlike Foul must be called.

Yellow team successfully steal the ball in the transition, and Yellow 3 drives to the basket at the end of the fast break. Defensive player Black 1 is late and creates an illegal contact by his right leg. The action by Black 11 is an excessive and hard contact (C2), regardless if he was playing the ball or not, and it is also a dangerous play. Therefore an Unsportsmanlike Foul should be called on Black 11 .

White team is in transition and defensive player Red 2 creates a clear illegal contact in the back court, stopping the transition. The action by Red 2 is an unnecessary contact (C3) and also not a legitimate attempt to play the ball (C1) and an Unsportsmanlike Foul should be called.

Red 12 is close to the mid court line, in his front court, and holding the ball. Due to the press defense, Red 12 is stepping on the mid court line with his right foot (clearly visible on the replay), and a returned back court violation should be called. A team in control of a live ball in the front court has caused the ball to be illegally returned to their back court if a player of that team is the last to touch the ball in his front court, and the ball is then first touched by a player of that team, who has part of his body in contact with the back court.

In the end of the fast break, Yellow 0 drives to the basket and a defensive foul is called. After the call, the ball has touched the ring and has still a chance to enter the basket. The ball is tapped away by defensive player Grey 7. No player shall touch the ball after it has touched the ring while it still has the possibility to enter the basket, when an official blows the whistle while the ball is in the hands of a player in the act of shooting, or the ball is in flight on a shot for a field goal, or on a last or only free throw. A basket interference violation should be called on Grey 7, the offensive team awarded 2 points, and Yellow 0 should be awarded one free throw. 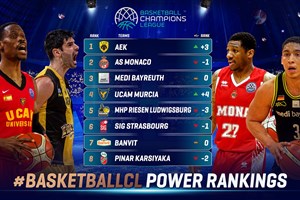 Power Rankings: AEK lead the way, but will the Top Four also be the Final Four?

Heroes of Tomorrow - a closer look at medi Bayreuth 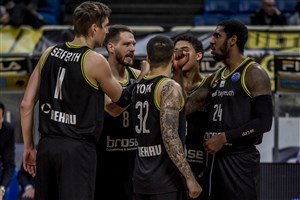