ANTWERP (Belgium) - Segafredo Virtus Bologna put on a dominant display at both ends of the floor before holding off Iberostar Tenerife down the stretch for a 73-61 victory to claim the 2019 Basketball Champions League title.

In the process they denied the 2017 champions of becoming the first team to win it twice, whilst Kevin Punter shone to become the first individual back-to-back winner after his title with AEK last season.

Punter finished with 26 points and 7 rebounds on 6-of-10 shooting to claim MVP honors, as he led Bologna to their first European title in a decade. 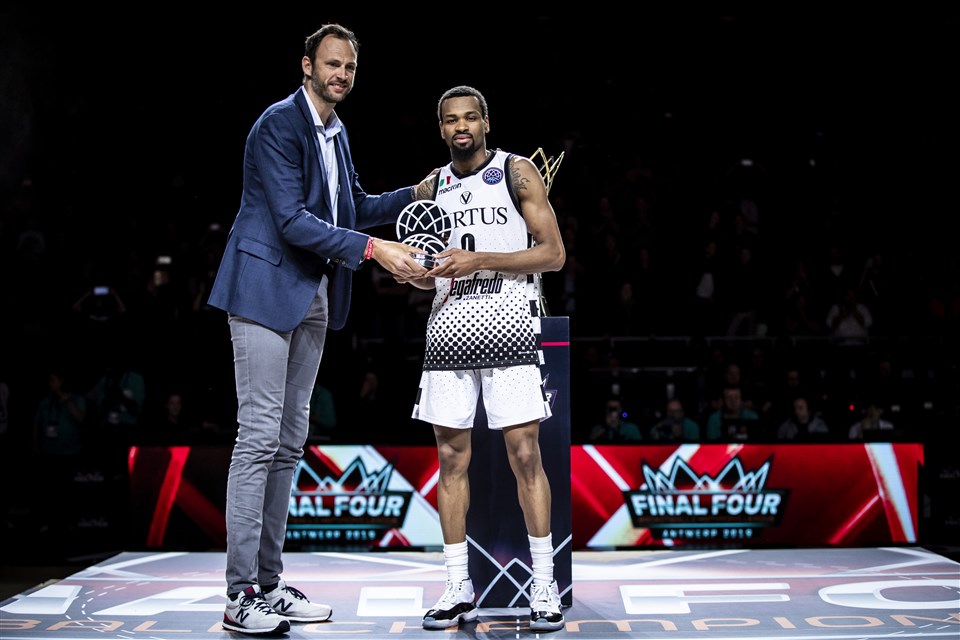 The MVP of the Final Four Award handed to Kevin Punter by the President of ULEB, Tomas Van Den Spiegel

"It feels great," Punter said. "Hard-fought, with those guys in that locker room, we've put in countless hours in the gym. I'm really just speechless to be honest with you, just speechless.

"I was emotional before the game, because I know just how hard we've worked to get here, and then to get here and really win it, is just special."

Amath M'baye added 16 points, Pietro Aradori had 9 and Mario Chalmers 8, including the dagger with a little over a minute to play.

"I'm really proud to be here today with the trophy won, with this club, with this team," Bologna Head Coach Sasha Djordjevic commented.

"Thankful for the opportunity, thankful to my staff, they work as hard as anybody. Thankful to the players, they really made it happen.

"Very proud, very happy. This is very important for the city of Bologna, for the future, for the present also. I believe all of us should go with our heads high and pride on our shoulders."

Tenerife, who struggled with their shooting all night long, in large part to Bologna's smothering defense, were led by Tim Abromaitis' 18 points and 8 rebounds, whilst Colton Iverson joined him in double figures with 11 points, adding 9 rebounds.

Tenerife Head Coach Txus Vidorreta was disappointed with the defeat:

"It was a very difficult game for us. I think they were only better than us in the first quarter, after that we played good basketball, we had a lot of open shots but you have to score the open shots.

"They scored the shots with one hand up or two metres south of the three point line and this was totally the difference. We made a big effort over the 40 minutes, we came back many times but finally we didn't have the options to get closer than 5 points." "Congratulations to Bologna for the win," Javier Beiran added. "I think we couldn't score and in a Final you need to score to win it. In the first half we went 1-of-14 for threes and we finished 14%. During all the year we played good basketball, we shared the ball and scored shots, but today it wasn't the night. It's hard to win with that percentage."

A 13-2 start behind the hot-shooting of Punter and lockdown defence at the other end saw the Italian side assert their dominance early.

Both Punter and M'baye registered 9 points each in the opening quarter to give Bologna a 20-8 lead that looked ominous for Tenerife, who couldn't find the bottom of the basket, starting the game 0-for-14 from three-point range, and finishing 5-for-37.

The second quarter saw Tenerife find their feet a little, but were playing catch up throughout, whilst Bologna's defence continued to cause problems as the Spaniards had registered 11 turnovers by halftime.

At the break, Bologna held a 38-24 lead, the biggest halftime deficit for a Basketball Champions League final,  whilst the 24 points Tenerife registered were the lowest ever halftime tally in the title game.

A four point play from Punter to open the second half gave the indication Bologna had no intentions of letting up but Tenerife showed their experience, never letting the game get quite out of reach.

A pair of Abromaitis free throws pulled Tenerife to 7 with three minutes left and the comeback was officially on. However, an offensive foul call on San Miguel saw frustration boil over, as he drew a technical and it was enough to steady the ship for the Italians.

Mario Chalmers knocked down a tough fadeaway in the lane which proved to be the dagger, giving Bologna a 67-59 lead with a little over a minute to play as they pulled out the victory and in the process a historic title. 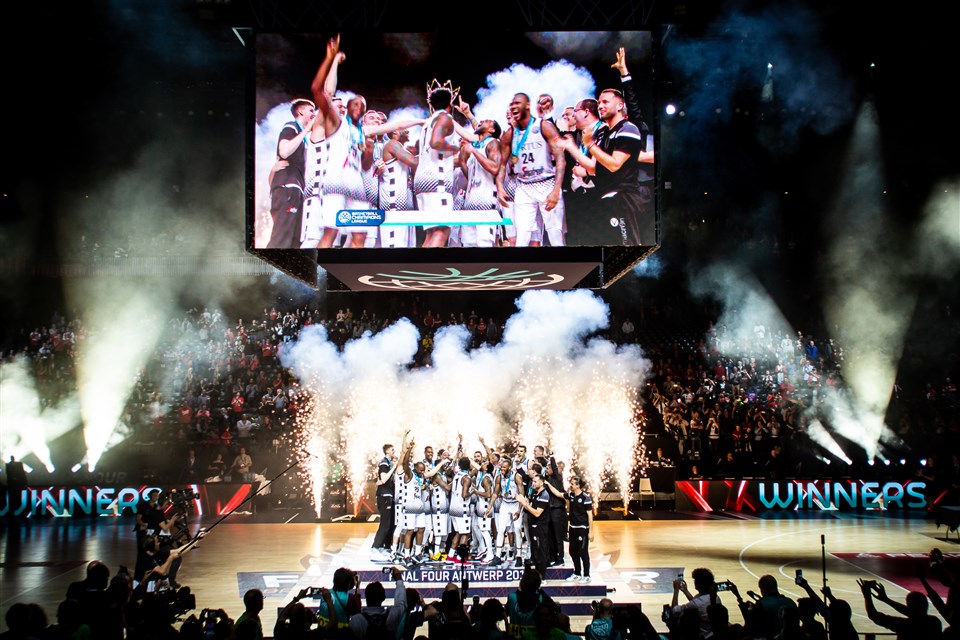 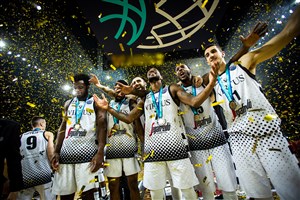