Round of 16 Group I Preview: Four Teams, two Countries

MIES (Switzerland) - The Round of 16 starts on Tuesday January 24, and Group I will be made up of half-French teams and half-Israeli teams with SIG Strasbourg, JDA Bourgogne Dijon, Hapoel Bank Yahav Jerusalem and Hapoel Atsmon Holon.

Strasbourg and Jerusalem won their respective Regular Season groups to book their tickets to the Round of 16.

Holon eliminated Igokea m:tel, while Dijon outlasted Peristeri bwin in the Play-In series to get to this stage of the competition.

Strasbourg - Strasbourg looked like a possible contender early in the season after starting 2-0 but finished the Regular Season 2-2. Time will tell how the loss of leading scorer Matt Mitchell will affect them going forward.
Jerusalem - They weren't expected to be good this season, but that's why we play the games. Head coach Aleksandar Dzikic helped promote Speedy Smith to one of the best point guards of the season, and also made Zach Hankins look like a legit MVP performer.
Holon - Joe Ragland is a stud and he plays to his full potential in every game. Holon finished as the top scoring team in the BCL and can score the ball in bunches.
Dijon - They've been alternating between wins and losses in their last 13 (!) games in the BCL, meaning they've done so in every game so far this season, which is quite the interesting streak to be on, not losing or winning two games in a row in that span of games.

Strasbourg | Rodions Kurucs played one BCL game for Strasbourg after recently signing with the team after the injury to Mitchell, but the 24-year-old has 131 games of NBA experience that will be key to helping Strasbourg make a push for the Quarter-Finals.
Jerusalem | Zach Hankins has a 20.7 efficiency per game that puts him in the top five most efficient players in the entire BCL, and he's also averaging 16.8 points, 7.2 rebounds and 1.5 blocks per game on 76.3 percent shooting from the field.
Holon | Joe Ragland, who's an MVP candidate and set the record for most assists in a single BCL game with 18 dimes against Legia Warszawa in the Regular Season. Ragland has three straight double-doubles combining points and assists and is averaging a league-leading 11.8 assists per game, the only player averaging double figure assists. He makes his teammates better and sets them up to be successful.
Dijon | The usual answer would be David Holston as Dijon's floor general and the straw that stirs the drink, but Markis McDuffie has emerged as a key contributor and running mate to Holston, averaging 22.3 points and 7.3 rebounds per game while shooting 62.5 percent from the field in the team's Play-In series. If McDuffie can continue his hot streak and be a reliable complement to Holston, those two players will be a very solid one-two punch that can create some problems for opponents.

Holon v Dijon on Wednesday February 8 will feature a fun matchup between two star point guards and BCL legends in Ragland and Holston. There should be plenty of fireworks and crafty plays in this game.

Jerusalem are currently one of three teams to have only one loss in the competition this season, so naturally, they will be the favorite to finish in the top spot in the group and advance to the Quarter-Finals. Strasbourg and Holon will also be contenders to advance to the next stage and compete for the top two spots up for grabs in Group I, while Dijon will look to carry momentum from their Play-In series. 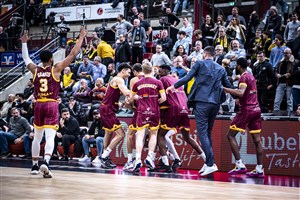 The Green Redeem Team - Anatomy of a Comeback 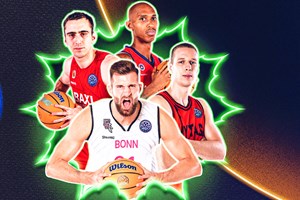 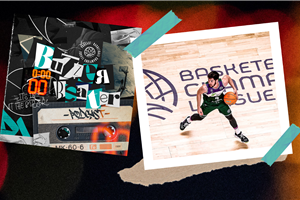 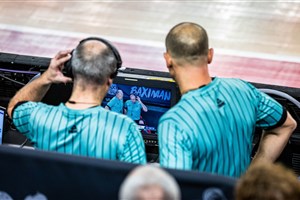