The legendary Palaverde arena saw the return of Treviso to the basketball map of Europe, albeit with a new club, Nutribullet Treviso, founded in 2012, which filled the hole created once Benetton Treviso left the professional basketball scene in Italy.

The (Nutri)bullets hunted down the Lions, the Bears and the Dragons to reach the Regular Season. Treviso defeated Tsmoki-Minsk, who have a dragon in their logo, 95-78 to win the tournament.

A 30-point first quarter by Massimiliano Menetti's men showed how composed Treviso entered this Final. Their win was never in doubt, the lead ballooned to 27 points at one point, and the final buzzer also marked the starting point of a standing ovation for the Italian team.

Tomas Dimsa knocked down six triples and collected 26 points, Nicola Akele made five threes and had 17 points, Henry Sims was at his usual dominant level inside with 16 points and 9 rebounds. Angelo Warner signed out with 25 points, 9 rebounds and 8 assists in a losing effort for Tsmoki-Minsk. 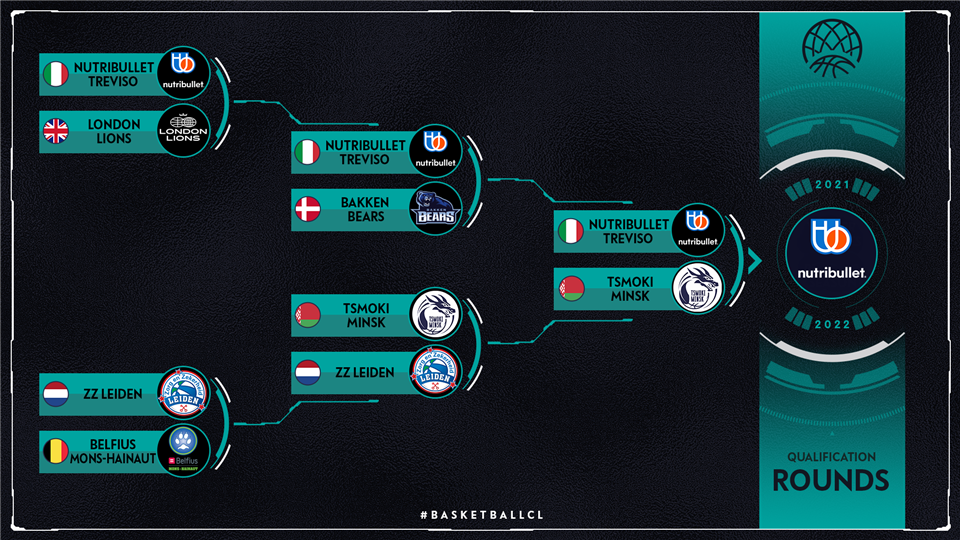 U-BT Cluj Napoca are another team to book their first trip to the Regular Season. The Romanian champions edged out Fribourg Olympic 77:64 in Peristeri, Greece, becoming the first team from Romania in the Group Stage since CSM-CSU Oradea in 2016-17.

Whatever coach Mihai Silvasan said at the halftime break - it worked. U-BT Cluj Napoca held the Swiss champs to seven point in the third quarter, and did not panic once Fribourg made it a 67-61 game with two minutes to play.

Dustin Hogue came up with a massive steal then, and it led to an unsportsmanlike foul, creating a mini 4-0 run which sent Cluj's lead to +10. If there was any doubt, Toni Katic's three-pointer sealed the deal for U-BT Cluj Napoca.

🇷🇴 @UBTCluj advance to the #BasketballCL Regular Season for the first time ever! 👏👏👏

Karel Guzman led the scoring for Cluj with 17 points, Patrick Richard was next to him with 16, Elijah Stewart scored 13, but it was Andrija Stipanovic who emerged as a leader, not just by flirting with a triple-double with 10 points, 9 rebounds and 7 assists off the bench, but also by being the loudest man on the floor and giving out instructions to his teammates. Arnaud Cotture with 14 points was the lone Swiss player in double figures. 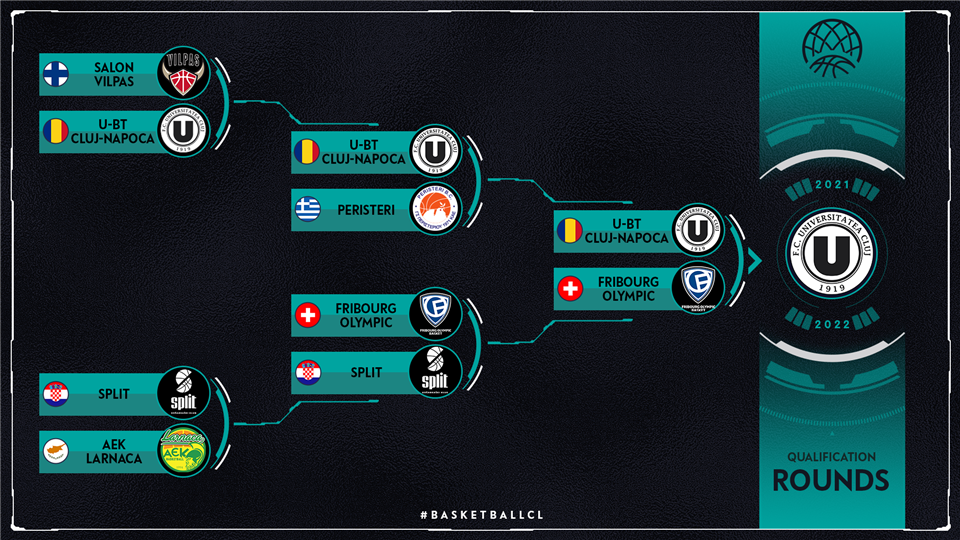 The day of the new faces was completed by BC Kalev/Cramo, as they became the first Estonian team to reach the Regular Season in the history of the Basketball Champions League. The current champions of Estonia, Cup holders in Estonia and the winners of the Latvian-Estonian Basketball League defeated Uniclub Casino - Juventus 86-81.

It was a close game throughout 40 minutes, with no club able to open up a double digit advantage. Juventus stayed a step in front for most of the game, but the hosts got some help from their fans when they needed it most, taking the lead midway through the fourth quarter and pushing the gap to 77-70 after a lefty layup by JeQuan Lewis.

But the Lithuanians weren't going away that easily, Jaylin Airington had a personal 6-0 run to get the game back to one possession. Silas Melson answered with a game-winning move, driving to the left and hitting a layup to make it 84-81 - Juventus tried to tie it on the next possession, but with 15 seconds to go, Martynas Gecevicius missed a shot from the left and the game was over.

Lewis finished with 24 points and 6 assists, Melson was keeping BC Kalev/Cramo alive through the first three quarters with 21 points, Kamari Murphy was a rebound shy of a double-double with 14 points, and Kristjan Kitsing scored 10 points for the hosts of the event. Patrick Miller's 25 points went to waste for Uniclub Casino - Juventus. 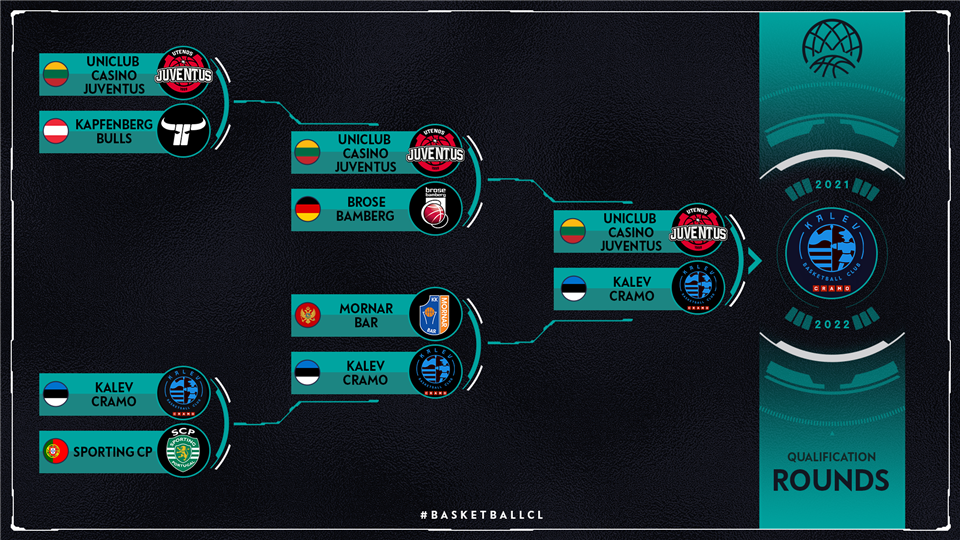