MALAGA (Spain) - Unicaja represent one of the biggest names in European basketball. In 2021, they booked their first flight to the Basketball Champions League, trying to find a way to the top in their inaugural season in the youngest continental competition.

Fotis Katsikaris has taken over at the start of the calendar year, and he is no stranger to the BCL, having coached Lenovo Tenerife in 2017-18. The Greek coach spent the majority of his career in Spain, other than Unicaja and Tenerife, he also coached Valencia, Bilbao, UCAM Murcia and Gran Canaria. 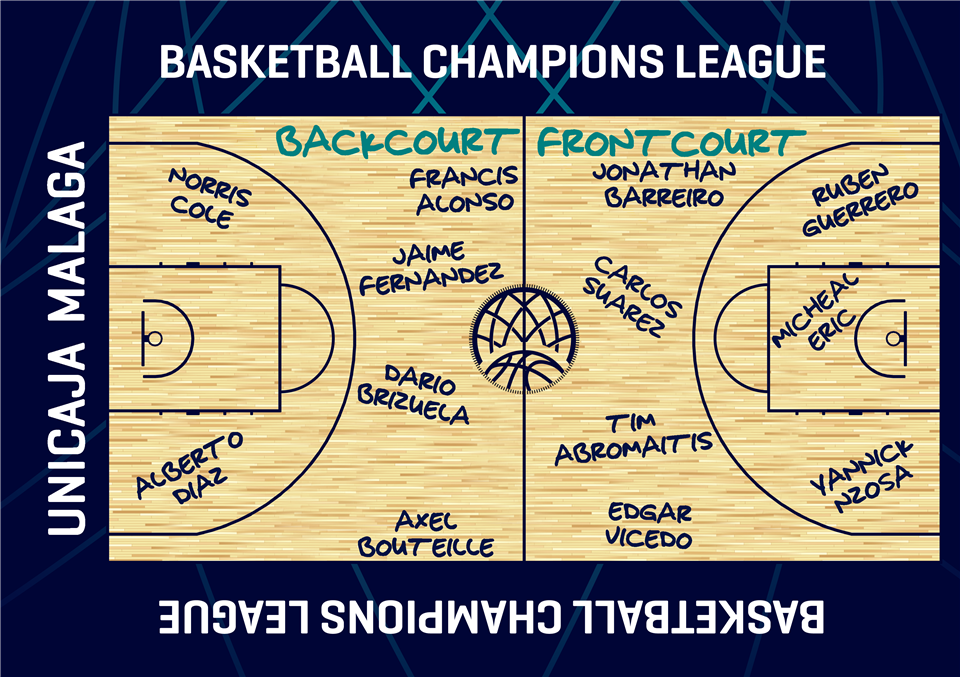 Compared to 2020-21, Jaime Fernandez, Dario Brizuela, Alberto Diaz, Francis Alonso, Tim Abromaitis, Ruben Guerrero, Yannick Nzosa, Carlos Suarez and Axel Bouteille are all running it back in the green and white. Suarez and Diaz are in their ninth season with the club, Fernandez and Guerrero started their fourth, Bouteille third, Brizuela, Abromaitis, Nzosa and Alonso are all in their second season in Unicaja Malaga.

Unicaja have brought in four new players over the summer, each of them with previous Basketball Champions League experience, led by the two-time Semi-Finalist Jonathan Barreiro. The 24-year-old power forward spent the previous five years with Casademont Zaragoza, setting a record along the way by going 6-of-6 against Dinamo Sassari last season - the most three pointers made without a miss in  a single game in the BCL history.

Barreiro averaged 7.7 points over 15 BCL games last season, shooting 44 percent from beyond the arc. Being 24 is a minor miracle, given the fact that Jonathan's professional career started back in 2013-14, when he appeared in one Liga Endesa game for Real Madrid. He also played for Ourense in the second division before moving to Zaragoza in 2016.

Edgar Vicedo is a 27-year-old forward who played the 2017-18 season in the BCL with Movistar Estudiantes, putting up 6.1 points per game on 42 percent shooting from deep over 13 Basketball Champions League games.

Vicedo played his first Liga Endesa game back in 2012-13, and saw minutes in an Estudiantes jersey in nine seasons, but never playing 20 or more per game. Edgar played for all youth selections of the Spanish national team, and made his senior national team debut during the FIBA Basketball World Cup 2019 European Qualifiers.

The biggest arrival in physical sense is the 6'11''/2.11m frame of Micheal Eric. The Nigerian center is 33, and he is returning to Spain where he already played for Bilbao Basket and Baskonia. Eric is arriving to Malaga with an idea of making it a permanent home - so far, his only multiyear stay in Europe was in Darussafaka, where he played for two years.

He played the BCL Final 8 in 2020 with Turk Telekom and started the 2020-21 season alongside Kyle Wiltjer, Sam Dekker and the others in Ankara. However, CSKA Moscow called, and Micheal finished the season in Russia.

The biggest arrival overall is the one of Norris Cole. The 32-year-old is a double NBA champion with the Miami Heat, where he played from 2011 to 2015, but that was also the only time where he spent more than a season in a single club. Similar to Eric, this could change in Malaga, as Unicaja's front office has a habit of keeping players in the city for more than a year.

The point guard has already played the BCL with a green-and-white team. A part of the Sidigas Avellino team in 2018, Cole played in nine games in the Basketball Champions League, going over 30 points twice and averaging 16.1 points and 6.4 assists before switching to Buducnost Voli. In 2019-20 and 2020-21, Cole played in France, with AS Monaco and ASVEL, respectively. 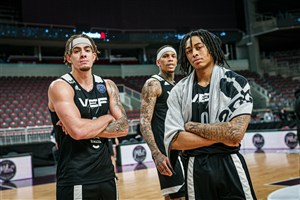