Trimble is now tied with Lenovo Tenerife's Sasu Salin for most points in a game so far this season.

Jerrick Harding led the way for ERA Nymburk with 21 points, 5 rebounds and 4 assists.

Harding's backcourt partner Sterling Gibbs was back at home, as he couldn't come with the team, so they had to make some lineup adjustments, head coach Aleksander Sekulic said in his postgame press conference.

That was the game's only lead change.

Nymburk did cut the deficit to eight heading into the fourth quarter after a three-pointer at the buzzer by Demetre Rivers.

Instead of that being a potential shift in momentum in favor of the Czech team, they got outscored 26-18 in the final quarter.

Akoon-Purcell scored 21 of his 23 points through three quarters and then Trimble caught fire, scoring 17 of his 33 points in the fourth quarter.

Stats don't lie: Both teams took good care of the ball with Galatasaray only turning it over nine times compared to Nymburk's 11.

One might say that free throws were a deciding factor in the game, as Galatasaray got several more opportunities from the charity stripe.

Bottom line: Galatasaray look like they will fare much better this season, as they have already matched their win total (one) from last season.

The Turkish club will be on the road to Laktasi, Bosnia and Herzegovina for their next game, as they face Igokea (1-0) on Oct. 13.

Nymburk begin 0-1 in Group E and will be on the road again to Thessaloniki, Greece to play PAOK Mateco (0-1) on Oct. 12. 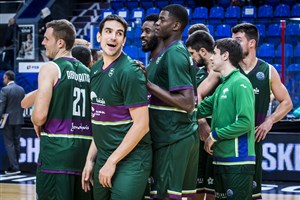 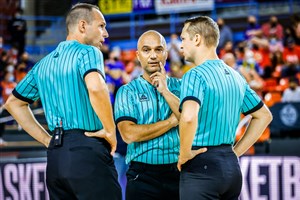