OSTROW WIELKOPOLSKI (Poland) - Pinar Karsiyaka live to see another day, as they have advanced to the Play-Ins after a dominating 86-69 victory over Arged BM Stal Ostrow Wielkopolski, who are now eliminated from the competition.

The 17-point victory was Karsiyaka's second largest differential while playing on the road in BCL history (+18 at Khimik in November 2016).

Karsiyaka's Tony Taylor had quite the memorable day, as he became a father in the morning, hopped on a flight to Poland for the game and scored 13 points and dished out 6 assists including this nice full-court "touchdown" pass:

Turning point: When it mattered the most, Karsiyaka had a wire-to-wire win tonight and led by as many as 20 points, as they got back to their level of play when they started the season 2-0.

The two knocked down 17 of the team's 32 total made shots.

Ostrow did however make the most of 16 turnovers by Karsiyaka, as they converted them into 23 points.

Bottom line: Ostrow finish the regular season 1-5 and in fourth place in Group B, meaning that the Polish club have been eliminated from contention.

Karsiyaka finish 3-3 in the group and will either be second or third place, depending on what happens in the game between BAXI Manresa and Hapoel Bank Yahav Jerusalem. 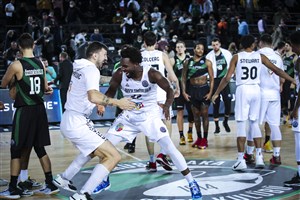 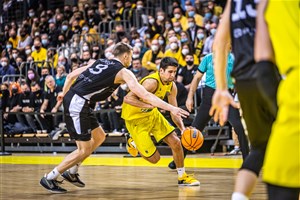