BILBAO (Spain) - City of Bilbao hosted the Quarter-Finals and the Semi-Finals draw on Friday. Once the matchups were announced, there were smiles around the Guggenheim Bilbao Museum, as all teams like their chances to be back in the city for the Final Four.

In a young competition such as the Basketball Champions League, there aren't many matchups that are set for another chapter. But, Hapoel U-NET Holon facing SIG Strasbourg sees a new chapter of a familiar book - Holon defeated SIG twice in the BCL two years ago.

Teams have changed almost completely, but Guy Pnini is still here. Holon's legend scored in double figures in both of wins over Strasbourg.

"It will be exciting to meet the guys from Strasbourg again, we played them two years ago. It's not gonna be easy," Hapoel U-NET Holon general manager Roy Dvora said.

"Eventually, to win this trophy you'll have to beat everyone, so there's no good draw - bad draw. For sure, having the home court advantage is something that's supposed to help us," Dvora added, reminding everybody of the purple rain we already saw in Holon this season. 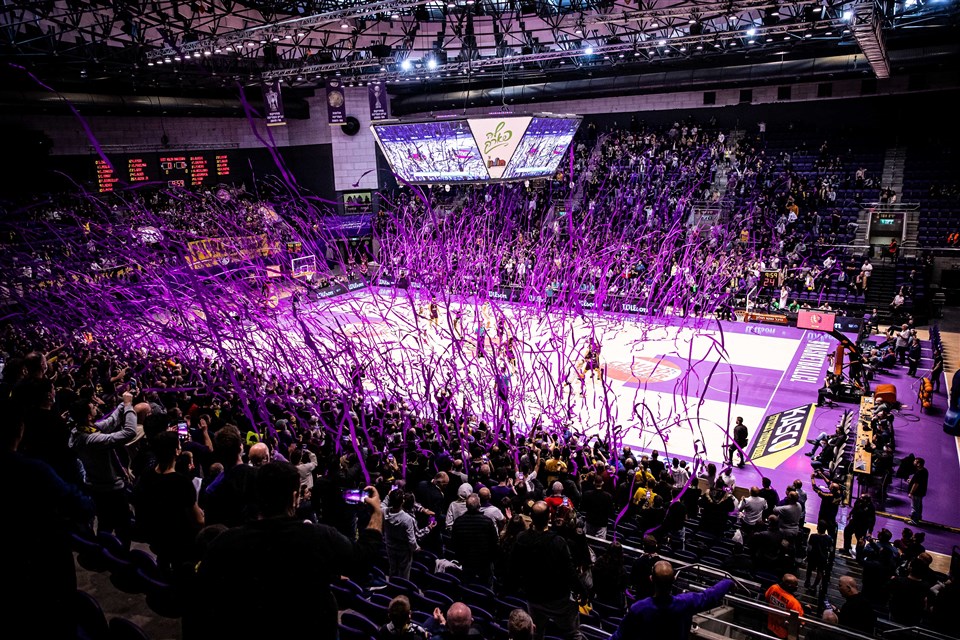 The winner of Holon v SIG will face Lenovo Tenerife or Tofas Bursa. The first thing that comes to mind when teams from Turkey play against Tenerife...

"For us, the main problem is the travel," Tofas Bursa general manager Tolga Ongoren said with a smile.

"For them, too. We'd probably both be happy to play in a neutral court."

The other thing that comes to mind when teams from Turkey do travel those 4000+ kilometers to San Cristobal de La Laguna - the play the rest of Europe called "Tenerife." Txus Vidorreta's Spain pick-and-roll fake into a flare for Sasu Salin specialty that saw Gaziantep and Pinar Karsiyaka lose in the closing minutes of games.

"They have played teams from Turkey, they have players who played in Turkey so we know them well. It's going to be a great series," Ongoren offered.

"Turkish basketball is extremely competitive, we have seen it once more against Manresa (in the Round of 16).  All eight participants of the QFs are very competitive, each team deservedly qualified for this stage of the competition, and there will be no easy game. We very much look forward to the start of the QFs, and hopefully the F4 here in Bilbao."

Whether Tenerife make it or not, there will be another Spanish team at the Final Four. BAXI Manresa are facing Unicaja in the Quarter-Finals, with home court advantage, and the previous results favoring their odds.

Manresa have won eight straight games at home in all competitions, they are 15-3 all season long in front of their fans - with or without Chima Moneke's help as a fan - and there was an 11-point Liga Endesa win over Unicaja in that run, too. 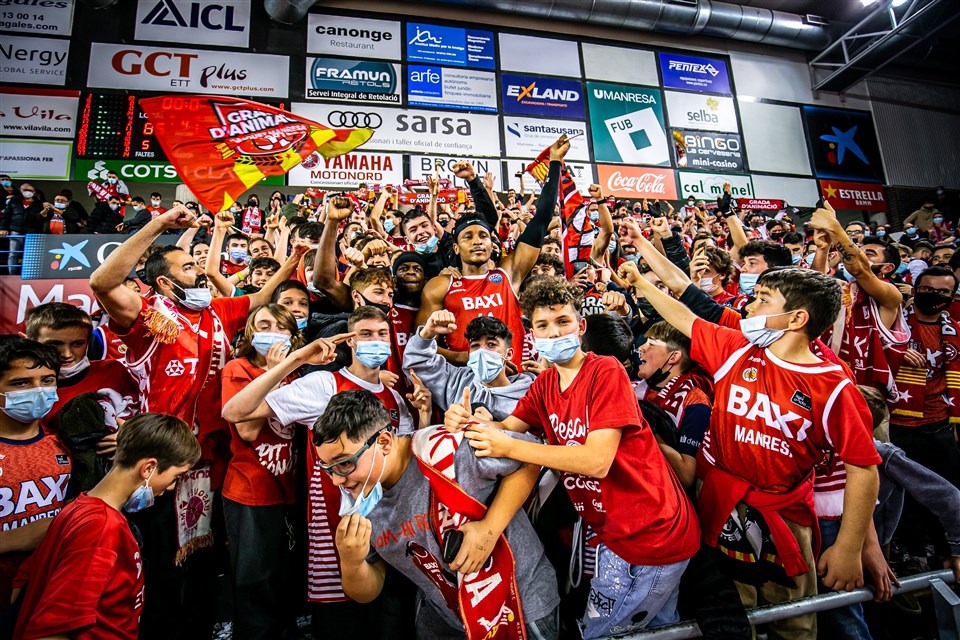 The rivalry seems to be headed into a one-way street. Manresa won the last four matchups with Unicaja, the last time the team from Malaga won on the road was almost four years ago. However, a domestic rivalry with numbers against you sounds perfect for Ibon Navarro.

Unicaja's current playcaller pulled off the upset against a fellow Spanish team back in 2018. At the helm of UCAM Murcia, Navarro found a way over Lenovo Tenerife in the Round of 16, and finished third at the Final Four in Athens, Greece.

Winner of Manresa v Unicaja will meet either U-BT Cluj Napoca or MHP Riesen Ludwigsburg. Cluj put Romania on the map, making it the 11th different nation to be represented in the Quarter-Finals of the Basketball Champions League.

They won't settle for just being here. They won the Qualifying Rounds, they won their Regular Season group, they won their Round of 16 group. Final Four is not that far away, especially not with home court advantage.

"I can promise you a hot court, full arena in Cluj Napoca," their sports director Branko Cuic said. 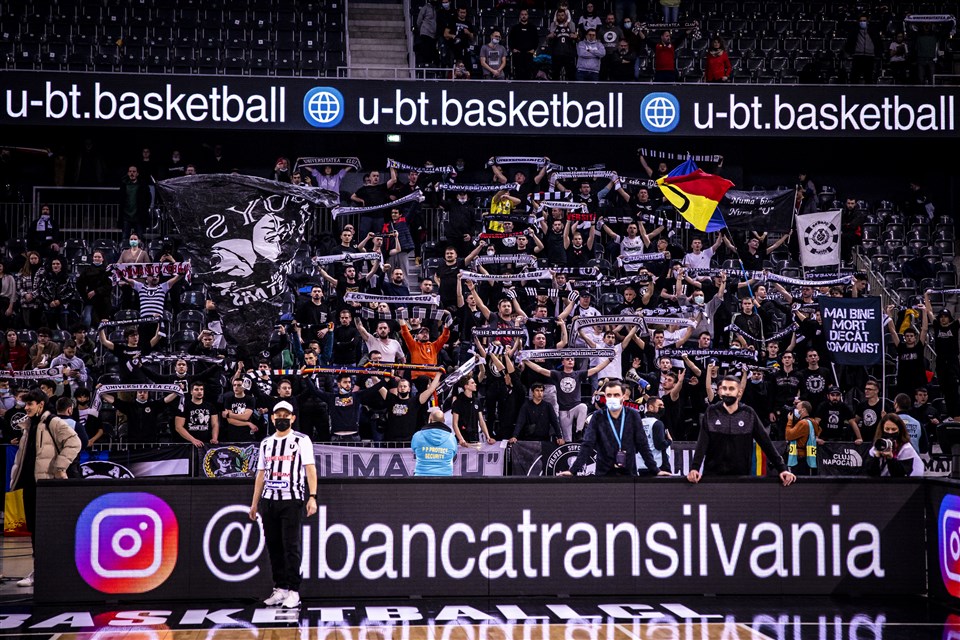 "I have full trust in our team, in our staff. They have showed several times they can increase their level in crucial moments. We had no special wishes for the draw, to be honest, bad teams don't exist in this stage of competition."

While Cluj are just writing out the new pages of their own history, MHP Riesen Ludwigsburg are two steps away from repeating 2018. Coach John Patrick was their leading man back then, too, and he won the Coach of the Year award for leading the underdogs all the way to the Final Four in Athens.

This time around, Ludwigsburg aren't the underdogs. With Justin Simon on board, they have one of the favorites for the MVP of the Season award, and their small ball lineup will be a huge test for Cluj's basketball philosophy of playing with two classic bigs.

Clashes of style. Clashes of old foes. Clashes of traditional and new powers over the past six years of the BCL. Quarter-Finals seem too close to call, it's no wonder that all eight clubs' representatives want to be back in Bilbao for the Final Four.

The Quarter-Finals start on April 5, with the full schedule soon to be announced. The Final Four tips off on May 6, with the Final being played two days later. 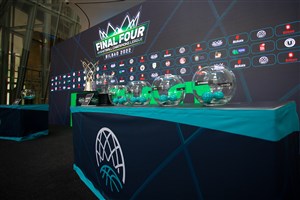 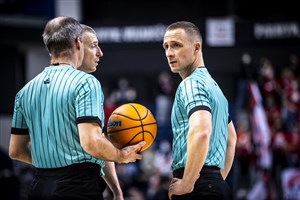