ISTANBUL (Turkey) - How much difference a season makes? Darussafaka Tekfen are a completely different team compared to last season, but the new players guarantee an exciting brand of basketball in Turkey.

The man calling the shots is still the same. Selcuk Ernak took over in 2018 and is continuing with his long term stays at clubs - over the last 15 years, he changed only three clubs, Banvit, Sakarya BB and Darussafaka. 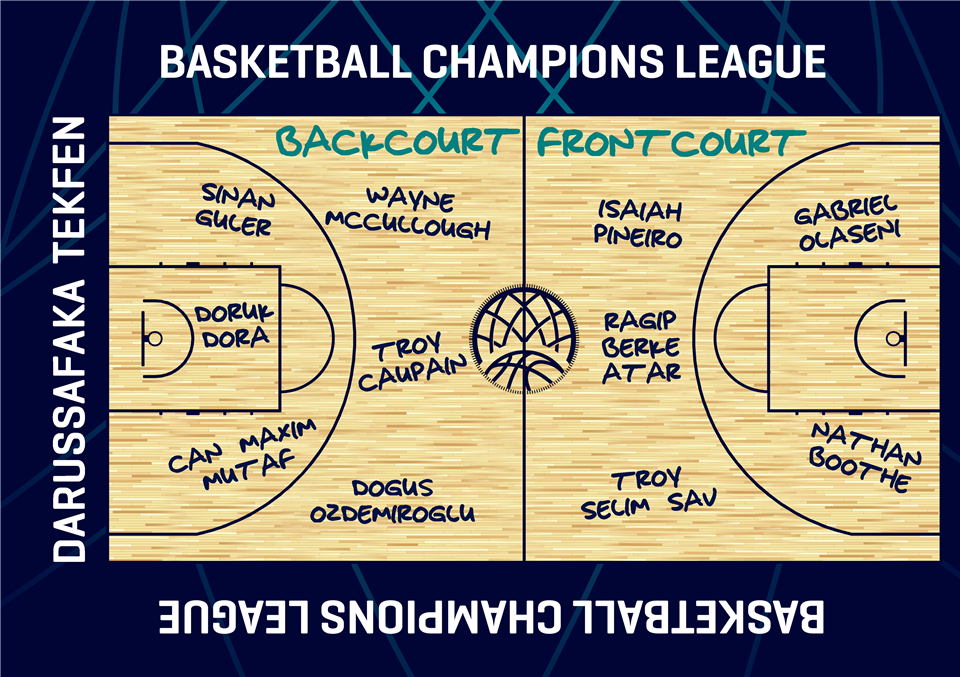 All the new guys have the much needed tools for modern basketball: shooting from deep and athleticism, or even both.

Gabriel Olaseni is going to be the man in the middle, ready to dunk down all the alley-oops thrown to him. Olaseni is 29, he's 6'11''/2.10m and in his notable career he had two major highlights: he led the FIBA EuroBasket 2017 in efficiency while posting 16.8 points and 11.2 rebounds per game, and he made Jeff Taylor's vocal chords crack when he beat the buzzer in Belgrade against Partizan.

Olaseni will play either as the lone big man or in a pairing with Nathan Boothe. The 27-year-old 6'9''/2.06m tall American can play both the four and the five position, and his days at EWE Baskets Oldenburg showed he is a big catch-and-shoot threat, easily spreading the floor for his teammates. Boothe will be reunited with coach Ernak, they worked together at Sakarya in 2017-18.

Helping them inside the arc will be Ragip Berke Atar, a 22-year-old prospect who is still searching for a long term stay in his professional career. Atar is nearly a seven-footer, he was dominant in youth selections for the national team, started his senior career with Banvit/Bandirma, before moving to MZT Skopje and Galatasaray. He also worked with coach Ernak, both in the national team and in Banvit youth selections.

Olaseni, Boothe and Atar are strong figures, but probably not as explosive as the Puerto Rico national team forward Isaiah Pineiro. We already got a taste of his flying skills with VEF Riga last season, and the 26-year-old will certainly have a highlight dunk or two in this Darussafaka squad in 2021-22.

Pineiro is not the only signing coming from the north for Dacka. Wayne McCullough just turned 27, and after playing in the NBA G League, Canada and Finland, he is ready for the next big step in his career. McCullough averaged 18.0 points, 6.3 rebounds and 4.0 assists for Lahti last season, while hitting 40 percent of his shots from deep.

While McCullough will make his debut in the Basketball Champions League, Troy Caupain is making a comeback. The guard will turn 26 in November, and we saw what he's capable of while at Hapoel Holon and Filou Oostende in 2019-20. He spent the last season in Germany with Ulm, putting up 14 points, 5 assists and 4 rebounds every night, while shooting 44 percent from beyond the arc.

Another domestic arrival comes in the presence of Can Maxim Mutaf, an experienced 30-year-old shooter who left the biggest BCL mark while at Besiktas. Mutaf grew up with Fenerbahce, played for Mersin, Pinar Karsiyaka, Trabzonspor, Banvit, Anadolu Efes, and Bursaspor. The Istanbul native is making the short trip back home from Bursa to Istanbul. 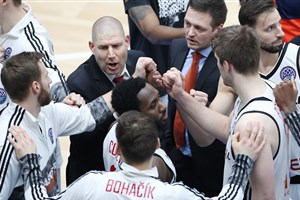 Once assistant coach in Nymburk, now behind the wheel of the best Olympic offense 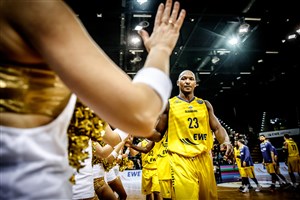