LUDWIGSBURG (Germany) - MHP Riesen Ludwigsburg finished first in the Regular Season in the easyCredit BBL last season, and ended in third spot in Germany after the Play-Offs, booking another trip to the Basketball Champions League.

The German squad reached the Final Four in 2018, and they have kept the same archetype when it comes to their basketball. The Giants are still creating a feeling like you are playing against six people, led by the German League Coach of the Year John Patrick.

It was his third time that he won the award, and he already has a BCL Coach of the Season award in his possession, having won it back in 2018. Patrick is running for glory with these guys: 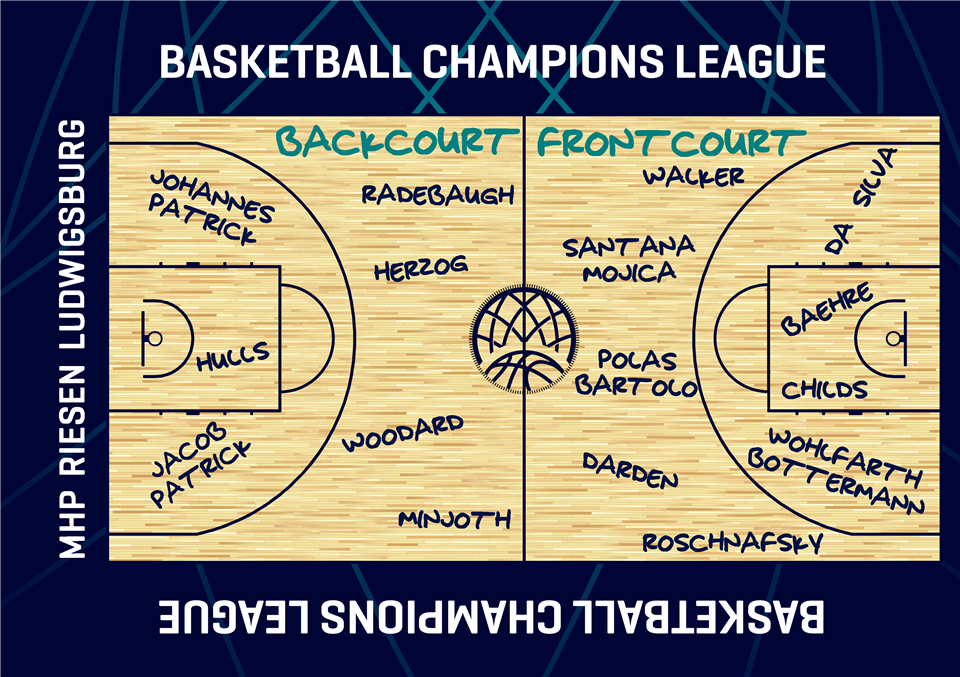 On September 11, Yoeli Childs was presented as the new man in the middle for Ludwigsburg. Childs is a 23-year-old power forward who made a name for himself from 2016 to 2020 while at BYU in the NCAA, where he improved every single season.

Childs went from 9.3 points and 8.2 rebounds as a freshman to 22.2 points and 9.0 rebounds per game as a senior. He was undrafted in 2020, and played out the last season with Erie BayHawks. He stayed active during the summer, playing the NBA Summer League with the LA Lakers, before opting for his first overseas experience in Germany.

On September 8, MHP Riesen Ludwigsburg announced that they have a new/old player arriving. Tremmell Darden re-signed with the Giants, extending his stay until summer of 2022, meaning he will play out his 18th season as a pro.

Darden is 39, and has already been with Ludwigsburg in 2020-21, putting up 7.1 points in 17.0 minutes per game for coach Patrick. His international career has been impressive, collecting trophies all over the continent, from Belgium and Lithuania to France, Greece and Spain.

By God's grace I was able to finish my 17th. Here's some playoff time action and one during the season! Lord willing I have juice enough during yr 18! pic.twitter.com/VM2vj2BfKK

Here's what MHP Riesen Ludwigsburg have been up to before re-signing Darden:

The biggest difference compared to 2020-21 is the fact that the MVP of the easyCredit BBL is no longer a part of the team. Jaleen Smith made a move to Alba Berlin over the summer after putting up 15 points, 5 rebounds, 5 assists and 2 steals per game last season.

Another award winner is back, though. Yorman Polas Bartolo was voted the Best Defensive Player of the BBL in 2021, picking up the award for the third time in his career. The Cuban is 36 and played the BCL with Telekom Baskets Bonn, making him a familiar face around here.

James Woodard is a 27-year-old shooting guard who enjoyed a fine college career with Tulsa. He first arrived in Europe in 2016, playing in France, Lithuania, North Macedonia, Italy, Greece and Germany. That's where he fits the profile of the new arrivals in Ludwigsburg - all of them have played in the country and know the basketball environment.

Woodard's left hand delivered a lot of damage while at medi Bayreuth in 2019-20, and his days in Adriatic League made him a fan favorite in MZT Skopje. Standing at 6'3''/1.91m, he has a wingspan that will bother a lot of opposing guards.

David Walker is another player who spent a season with medi Bayreuth, but missed Woodard by a season. The small forward is also 27, he spent his last season with Bayreuth after four years with MoraBanc Andorra in the Spanish Liga Endesa.

Walker is a sharp shooter, shooting 38 percent from deep over his four years in Spain and knocking down an impressive 43 percent of his attempts in Germany last season. He also has four years of NCAA experience with Northeastern University.

Jonathan Baehre will be responsible for athleticism inside the arc. He is a 25-year-old, 6'10''/2.08m tall, he grew up in Hessen, Germany, but moved to Georgia in the United States and played high school basketball over there.

🇩🇪 Nice to see a healthy Jonathan Baehre back in action. Even nicer to see his first double digits game as a Clemson Tiger (11 points in 23 minutes vs Purdue)

Another inside player arrived in Ludwigsburg over the summer. Eduard Roschnafsky is only 18, stands at 6'10''/2.08m, and signed a three-year contract with the club, coming from Chemnitz. He is in long term plans for coach Patrick, and will also play for the U19 team with MHP Riesen Ludwigsburg legend David McCray as his playcaller. 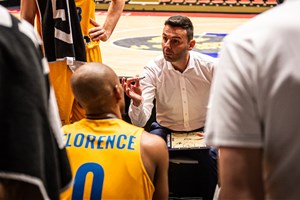 Ismael Bako, BAXI Manresa back in the Basketball Champions League 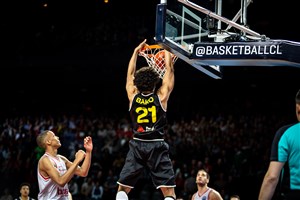