JERUSALEM (Israel) - In a back-and-forth contest that featured 13 lead changes and a biggest lead of only eight points, Baxi Manresa held off Hapoel Bank Yahav Jerusalem 73-68.

In the end, it came down to key missed free throws for Jerusalem just like in their first loss to Pinar Karsiyaka.

Turning point: A three-pointer by Jalen Adams gave Jerusalem a 67-66 lead with 55 seconds left, but after a Manresa timeout, Elias Valtonen responded with a three of his own to give Manresa a 69-67 lead with 45 seconds left.

Adams then drew a foul with 26 seconds left, but he missed two clutch free throws that would have tied the game.

Down 71-68, Jerusalem had one last chance to get a shot to send the game to overtime, but they weren't able to inbound the ball on two tries, ultimately turning it over.

Stats don't lie: A key difference in the game was three-point shooting.

Jerusalem struggled, shooting 6-of-32 from three-point on their home court.

Jerusalem grabbed 14 more total rebounds (55-41) and 14 more offensive rebounds (22-8) than Manresa, but despite this, both teams had 15 second chance points.

Bottom line: Jerusalem are now 0-2 in Group B with both losses coming in front of their enthusiastic home fans.

Manresa are 2-0 and sit atop the group along with Karsiyaka.

The Spanish team will travel to face Karsiyaka in a clash of unbeaten teams on Oct. 26 with the winner gaining the upper hand in the group. 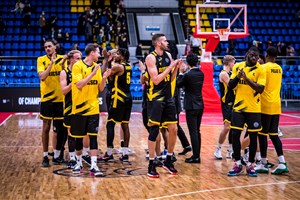 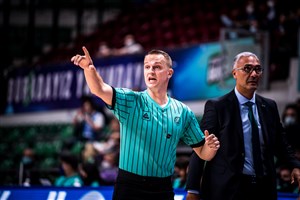