ISTANBUL (Turkey) - The club with 16 national championships in Turkey is back to the Basketball Champions League. Galatasaray Nef's 2020-21 campaign wasn't as successful as they hoped, but with the roster changes, they already look better.

Drawing up the plays, Ekrem Memnun took over in January, getting his first ever chance as the head coach for the men's department of Galatasaray. He was an assistant coach already, and led the club to eternal glory by winning the EuroLeague Women in 2014, along with a number of domestic trophies. Memnun now wants an international trophy with the men's team.

Here is what he's got on his coaching board: 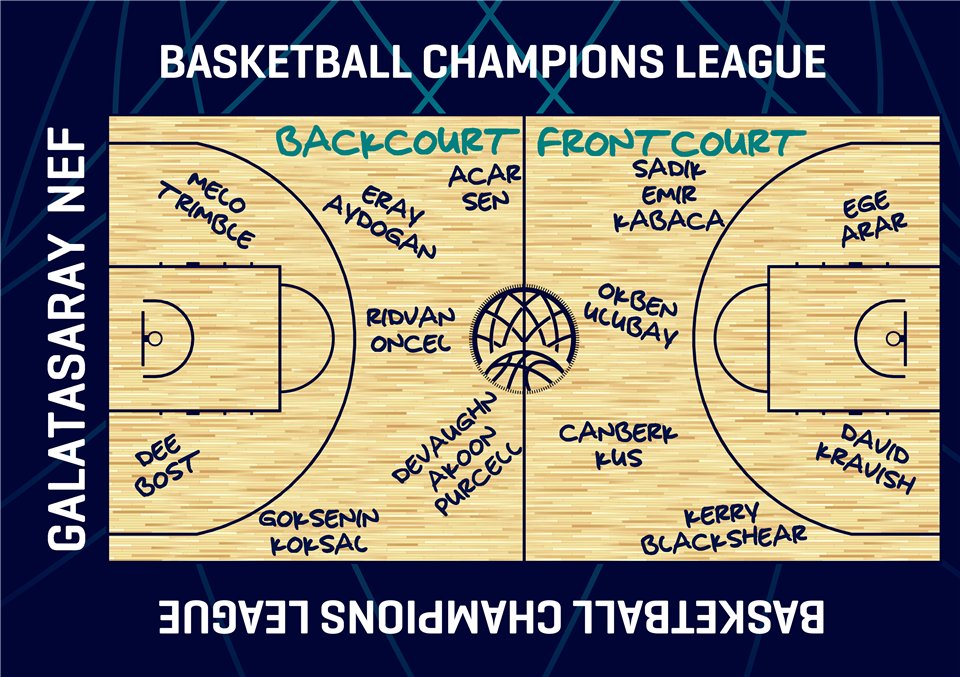 A total of ten new players, with Goksenin Koksal still there to lead the club as the captain on the floor.

Melo Trimble arrived from Fuenlabrada. The 26-year-old point guard was a star for Maryland in the NCAA, and searched for international glory since 2017, when he turned pro. He played in Australia for the Melbourne United, and then in 2020 moved to Estudiantes.

But it was with Fuenlabrada where he made a name for himself in Spain, in 2020-21. He averaged 16.4 points per game, dishing out 3.5 assists and stealing the ball 1.5 times per contest. Trimble is a threat inside and outside of the arc, he took the exact same amount of them for the season in Spain - 196 in 34 games.

DeVaughn Akoon-Purcell is a well known name in the BCL. The 28-year-old arrived in Istanbul after a solid season with Tofas Bursa, and he had already played the Basketball Champions League with the perennial Danish champions Bakken Bears, back in the 2016-17 season. A season later, Akoon-Purcell led the team to the Semi-Finals of the FIBA Europe Cup, while being selected as the MVP by the fans.

Akoon-Purcell can cover multiple positions thanks to his offensive talents and athleticism that allows him to spend time at forward spots. He appeared in seven NBA games with the Denver Nuggets, and played the NBA Summer League with the Atlanta Hawks in 2021. His personality along with his basketball talent will make him a fan favorite in Galatasaray, no doubt.

In Trimble and Akoon-Purcell, Galatasaray can get the excitement. In David Kravish, they will get the stability, as he comes in as the Most Effective Player of the German League, which he played with Brose Bamberg in 2020-21, and also won the rebounding title over there.

Kravish is 29, his European path took him to Finland, Poland, Belarus, Russia, Spain, Germany and Turkey. Standing tall at 6'10''/2.08m, Kravish is a vertical threat to catch all lobs around the offensive rim, and a shot blocking center when it comes to protecting the paint.

Defense is what got Dee Bost to Galatasaray. The 31-year-old played the first ever BCL Final Four with Monaco in 2016-17, earning a transfer to Zalgiris, then SIG Strasbourg, then Khimki and finally back to Monaco from 2019 to 2021.

Bost is a point guard who won trophies wherever he appeared, and thanks to his defense, coaches gave him a lot of credit for winning those trophies. Bost also owns a Bulgarian passport and plays for the national team. His trip to Galatasaray is his second run in Turkey, he played for Trabzonspor in 2014-15.

Kerry Blackshear rounds up the international arrivals at the Istanbul airport, Galatasaray terminal. The 24-year-old spent five years in the NCAA, switching from Virginia Tech to Florida, averaging double digits for both programs and flirting with double-doubles almost every time he stepped on the court.

Blackshear played his first season as a pro in Israel, with Hapoel Gilboa Galil, averaging 14.8 points and 7.9 rebounds per game, while shooting 42 percent from beyond the arc. At 6'10''/2.08m, he is another big body inside the arc to deliver repeated blows in partnership with Kravish.

There were also domestic arrivals for Galatasaray. Okben Ulubay came over from Petkim Spor to cover the small forward spot in his prime, as a 25-year-old who already played for Anadolu Efes and Darussafaka. Ege Arar is also 25, and also spent the last season with Petkim Spor, but he was always a Galatasaray player, going through their academy and playing for the first team from 2014 to 2020.

Their former teammate Canberk Kus also made the switch from Petkim to Galatasaray. Kus is 25, can help in multiple positions outside of the arc with his size and skill, and he spent a couple of years in the NCAA too, playing for the Arkansas State Red Wolves.

Ridvan Oncel is a player we met through Banvit/Teksut Bandirma, where he spent three seasons from 2017 to 2020, and then moved to Bahcesehir College. He is 24, and he'll be helping out in the backcourt. Sadik Kabaca also played for Banvit, and made a move to Besiktas last season. He stayed in Istanbul, but switched colors to showcase all of his talents with Galatasaray. Kabaca is still just 20, and at 6'10''/2.08m he enjoys playing with his face towards the basket, covering both forward positions. 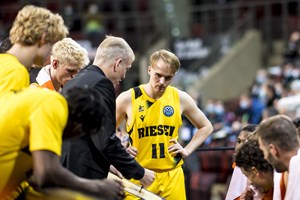 Ludwigsburg guard Herzog knows defense will keep him on the court 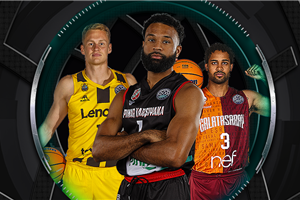