BURSA (Turkey) - For the third time in six Basketball Champions League seasons, Lenovo Tenerife made it to the Semi-Finals. The 2017 champs and 2019 runners up defeated Tofas Bursa 2-0 in the Quarter-Finals series by getting a couple of one-point wins in the best-of-three matchup.

Txus Vidorreta's men won Game 1 78-77, and backed it up with a similar, stunning road win in Game 2. Final score: 74-73, thanks to a Marcelinho Huertas two-pointer with 1.2 left on the game clock. 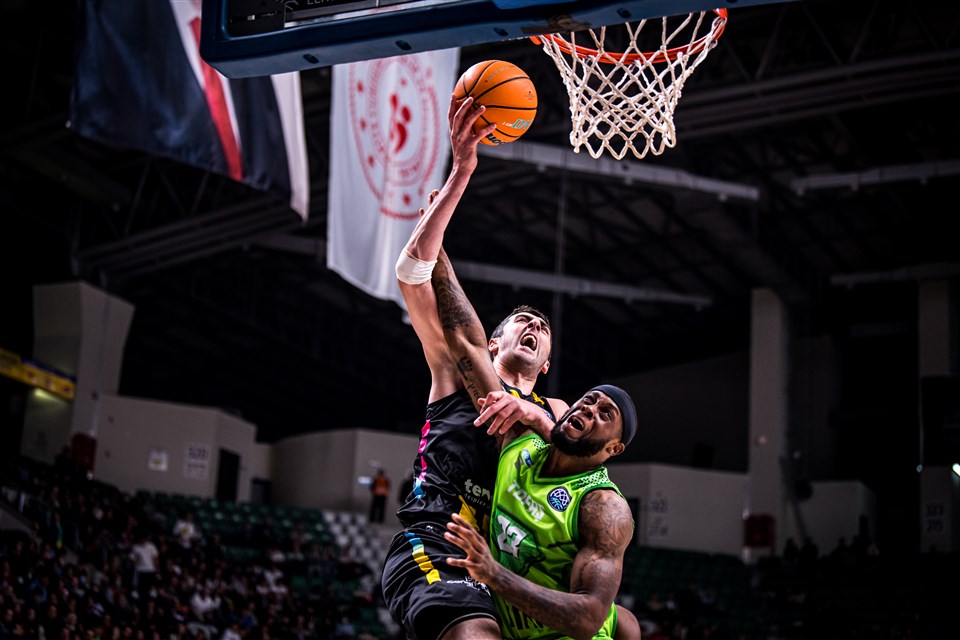 Turning point: It seemed like Tenerife would walk away with a comfortable win once Bruno Fitipaldo knocked down a corner three-pointer to make it 72-64 with 2:45 left to play in the fourth quarter.

But Tofas Bursa had other intentions. Jeremy Simmons dunked to cut it to six, Elgin Cook found a transition layup to make it -4, and Cook then delivered two more after a spin move in isolation.

With the scoreboard showing 70-72 from Tofas Bursa's point of view, Tenerife had the ball under their rim. But Fitipaldo threw it away, and quick thinking Yigit Arslan stepped behind the arc, took the three-pointer straight away to give the hosts the lead. At 73-72, with just 11 ticks of the clock left, it sounded like the roof was going to collapse.

But it wasn't the noise that was deafening in the end - it was the silence. Marcelinho Huertas took it upon himself to stun the home crowd, finish the game, end the series.

It was the complete opposite of what Tenerife usually do in situations like these. No screens, no magical plays, just straight up 1v1 with the Brazilian point guard delivering the shot to send Tenerife to the Final Four.

Tofas had one last chance to win the game with 1.2 left, but could not get a shot off.

Game hero: We're used to Huertas running the point and dishing out assists, but this time around, he found points every time Tenerife needed them.

Huertas and his teammates were up by 17, and when Tofas got within six with five minutes to play, his three-pointer felt like much more than just pushing the gap back to +9. It felt like it took another minute out of Tofas' comeback.

With his game winning shot, Marcelinho collected 15 points and 7 assists, both team-highs for Txus Vidorreta's team.

But they could not stop Tenerife's hot shooting. Tenerife were 8-of-16 from beyond the arc in the first half, finished with 14 triples on the night, while getting only 12 two-pointers. It was just enough to stay one point ahead of Tofas for the second time in the Quarter-Finals.

Bottom line: Jeremy Simmons had 17 points, Yigit Arslan 14, but all the other Tofas weapons were kept under control by the Spanish defense. Tomislav Zubcic, Elgin Cook, Pako Cruz and Tyler Ennis were kept in single digit scoring, not enough to reach Game 3 in San Cristobal de La Laguna.

Even with Kyle Wiltjer sitting this one out, Tenerife still had five men in double figures. Sasu Salin knocked down four three-pointers for 12 points, he is now a record holder in two categories:

"They showed great mentality and great spirit because it's not easy to come back two games in a row by 18 and 17 points, this shows how good of a team they are and how hard they work. We should be happy as well, we made a great job in both games during a lot of minutes. We had a couple of minutes of bad stretches in both games, but we can't be happier, being able to qualify for the Final Four. Cherish the moment, enjoy." - Marcelinho Huertas, Lenovo Tenerife

"It was a really good game for us for 35 minutes, but we lost control in the last period, with a lot of turnovers. They had a good run, showed great mentality as Marcelinho said, and we were down one point in the last 11 seconds. At that moment, Marcelinho appears and this is the big difference. I need to congratulate Tofas, always fighting until the last seconds, they were close to victory in both games, but in the end, I think it was justice. We were better in both games, but we need to improve our control in the last few minutes if we want to make something great this season." - Lenovo Tenerife head coach Txus Vidorreta

"Congrats to Lenovo Tenerife, they deserved to win. I'm struggling right now, we deserved more, we lost both games on last second shots. We are so sorry. This team, technical staff, organization really deserved to go to the Final Four, but it's finished. We have to keep it up. Next season, I know, this organization could be a part of the Final Four, we could get this trophy at the end of the season. Congrats to other teams, really proud of my teammates, staff, organization." - Yigit Arslan, Tofas Bursa

"First half, we couldn't get into the game. We were distressed, we rushed, and they are the more experienced team and had control in the first half. But, last 15 minutes of the game, we did everything. We changed the rhythm, got the control. This Huertas shot, we were supposed to guard better for sure, but even if we went there for Game 3, I don't know if I would say we deserve it. I would like to congrats our players, they never gave up, this is something good against such a high quality team like Tenerife. Unfortunately, they are going to the Final Four." - Tofas Bursa head coach Ahmet Caki 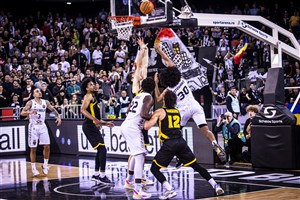 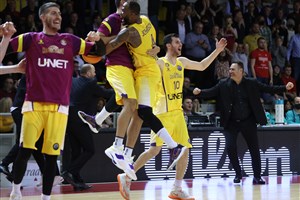