It was an instant classic in the Pais Arena. Once Hapoel Bank Yahav Jerusalem and Pinar Karsiyaka were drawn in the same group, it was clear that we were in for a treat, and in front of the well known Jerusalem fans, the MVP of the 2020-21 season delivered the final verdict.

Hapoel Bank Yahav Jerusalem had it all in their hands, with an unsportsmanlike foul by Yunus Sonsirma with 21 seconds to play, and Hapoel owning a 2-point lead. Then they had a pair of free throws with eight seconds to play, up by one, only to see Kaiser Gates miss both of them.

Bonzie Colson grabbed the rebound after the second one, ran the length of the floor, went for a stepback triple and knocked it down with 0.3 to play to give Pinar Karsiyaka an 86-84 win in Israel, stunning the home crowd.

Colson had 22 points and 13 rebounds, sending a clear message that he may have changed jerseys from SIG Strasbourg to Pinar Karsiyaka, but he still is the number one player of the League. James Blackmon introduced himself with 19 points, three other players were in double digits for last season's runners-up. Coach Ufuk Sarica will be especially happy with just 9 turnovers on the night.

Anthony Bennett scored 18 of his 22 points in the first half for Hapoel Bank Yahav Jerusalem. They shot 9-of-14 from beyond the arc as a team through the first 20 minutes, finished 14-of-28, and somehow still ended up losing the game. Ten missed free throws did not help their cause. 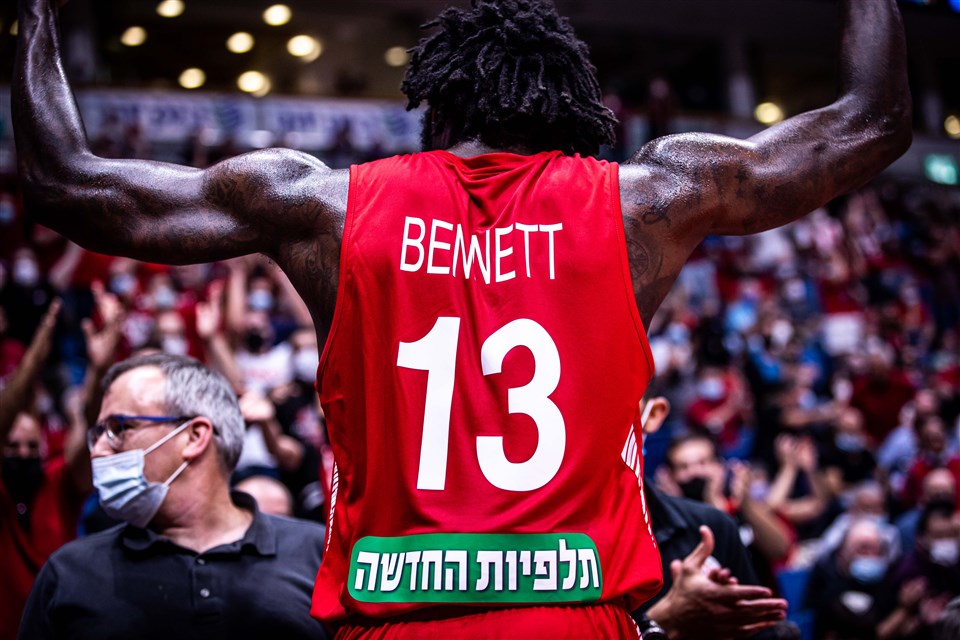 Lavrio Megabolt also won their game at the buzzer, taking down JDA Dijon. The Greek newcomers played a classic Greek-style low-scoring dramatic game, getting a warm welcome to the League with a deep David Holston triple that tied the game at 63-63 with just over 30 seconds to go.

But it wasn't the JDA Dijon legend who was the hero in the clutch. Lavrio's Kenny Goins first made the floater to set the score at 65-63, and then kept it that way with a last second block as Rashard Kelly tried to win the game from the corner for Dijon.

😱😱😱 Thriller in Lavrio, the hosts survive vs JDA Dijon, get their first ever #BasketballCL W! @LAVRIO_BC pic.twitter.com/Tf7mYhz3Yf

There was another wild ending involving a Greek club on Tuesday. PAOK mateco opened up a 12-point lead with seven minutes to play in Bosnia and Herzegovina, but Igokea were not ready to let the black-and-white team pick up a win on the road.

The gap was still at six with 2:30 to play after a Malcolm Griffin triple, when Aleksa Radanov and Stefan Djordjevic scored the next seven points, handing Igokea a one point lead in the final minute. Radanov then decided it was time to end the game with a block at one end, and a three-pointer at the other to set the final score at 68-64.

Antabia Waller scored a team-high 14 for Igokea, Radanov had 13 with 7 rebounds - they were the only two players in double figures for coach Dragan Bajic. Griffin scored 18 for PAOK.

The action started in Turkey, where the Belgian champs felt the strength of the new look Tofas Bursa. The guys in green got contributions from their returning players such as Muhsin Yasar (18pts, 7reb) and Tomislav Zubcic (19pts, 9reb, 4ast), but it was the new guys in town leading them to a 92-83 win over Filou Oostende.

Pako Cruz was running the offense from the outside, getting a lot of touches and chances to create off the dribble. Create he did, the Mexican shooting guard picked up a 14-point, 10-assist BCL debut for Tofas, with 4 rebounds also to his name.

Last season's BCL Play-Offs MVP Kasey Shepherd came off the bench for 12 points in 17 minutes of work, and Elgin Cook flew high to get 12 points on the day for Tofas. Levi Randolph scored 15 points to lead Filou Oostende, but it was always going to be an uphill battle with 10-of-27 shooting from deep, compared to 10-of-19 by their hosts.

MHP Riesen Ludwigsburg returned to the BCL like they never left the competition. A strong start saw them open up a 27-12 lead after Q1 against Banco di Sardegna Sassari, and John Patrick's men never looked back, storming to a 94-81 win behind Jonah Radebaugh's 24 points and a collective 10-of-18 shooting night from three-point range. David Logan scored 21 for the Italians.

Italy went 1-1 on Tuesday because Nutribullet Treviso managed to carry their fine form from the Qualifying Rounds to the Regular Season. Whatever Massimiliano Menetti said to his players at the halftime break worked, Treviso erased a ten-point deficit by the end of the third quarter and won the game against VEF Riga 91-85.

Henry Sims with 20 was their leading scorer, Treviso were another team enjoying a fine shooting night at 11-of-22 from deep. Devondrick Walker put up 21 points for the Latvian champions.

The crowd in Romania also saw a winning debut. The national champions U-BT Cluj Napoca held Darussafaka to 37 percent shooting from the field in a 66-60 win to start their run in the Basketball Champions League, joining Treviso as another Qualifiers' success story.

Elijah Stewart led the scoring with 18 for the Romanian champs, Patrick Richard finished with 17, as Cluj opened up a +16 advantage in points in the paint. Nathan Boothe had 14 for Darussafaka. 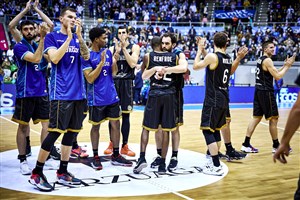 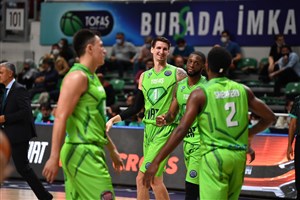