ISTANBUL (Turkey) - The two-time Turkish champions Besiktas Icrypex are back in the Basketball Champions League. They were a regular member of the BCL over the first four seasons, reaching the Play-Offs in each of those four campaigns, and they spent the 2020-21 season in the FIBA Europe Cup.

A good domestic run to the Semi-Finals of the Turkish League meant that they qualified for the BCL again in 2021. Coach Ahmet Kandemir took over midseason and after his good work, he was rewarded with another season at the helm, making this his third multiyear stint as Besiktas head coach.

The first one happened from 1997 to 2003, when he was still in his late 20s and early 30s. Kandemir came back to the black-and-white part of the city from 2013 to 2015, and now gets another mixture of young academy products and solid international players: 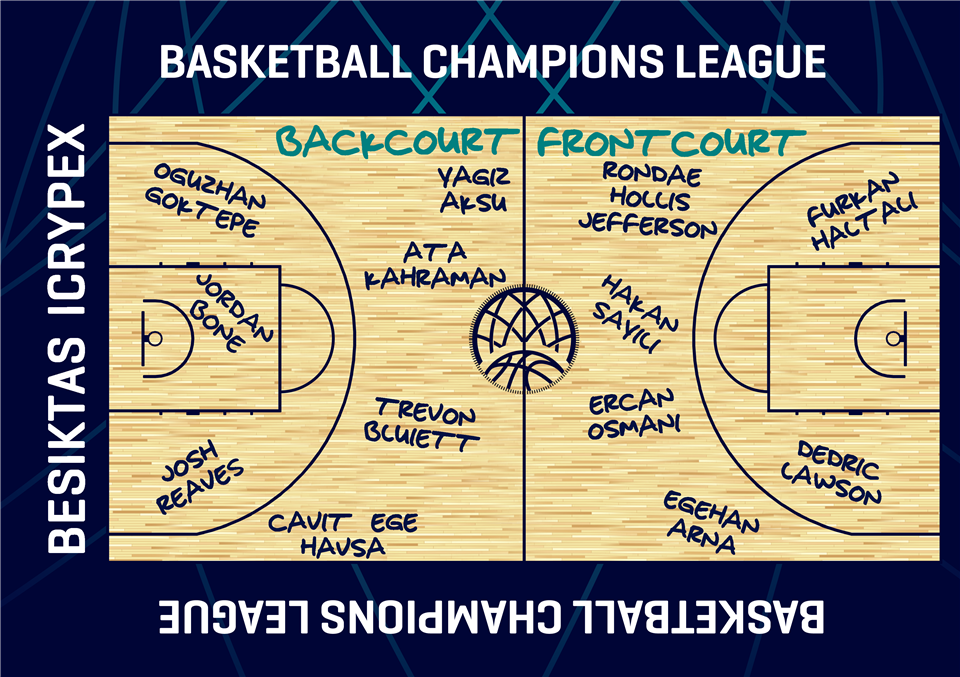 The biggest three departures from the 2020-21 season are obvious. Alperen Sengun is now with the Houston Rockets, Sehmus Hazer moved to Fenerbahce, and James Blackmon signed with Pinar Karsiyaka over the summer. But the fact that Furkan Haltali is back should make Besiktas fans happy, the 18-year-old should get the opportunity to prove his worth.

On September 28, it was finally announced that Rondae Hollis-Jefferson has signed a contract with the Black Eagles. It has been rumored for a couple of days, but the announcement is official, allowing the NBA veteran to get his first European minutes in 2021-22.

Hollis-Jefferson spent a couple of seasons with Arizona in the NCAA before being selected by the Portland Trail Blazers in the 2015 NBA Draft, as the 23rd pick. He was immediately traded to the Brooklyn Nets and enjoyed a solid start to his NBA career, getting to career-highs of 13.9 points, 6.8 rebounds and 2.5 assists per game in 2017-18.

He spent the 2019-20 season with the then defending champs Toronto Raptors, and played for the Blazers in 2021. Overall, he was a part of 305 NBA games over six years, getting to the NBA Playoffs in each of his last three seasons.

Contrary to the early summer plans, Steve Vasturia did not join Besiktas after signing a contract with the team. Vasturia has informed the club that he has decided to quit basketball at the age of 26.

On September 20, Besiktas Icrypex announced they reached a deal with Trevon Bluiett. The 26-year-old is 6'6''/1.98m tall and covers the shooting guard and small forward positions, which he will do in Europe for the first time in his career in 2021, wearing the black and white of Besiktas.

Bluiett is one of the best scorers out of Xavier, averaging double figures in all four years of his NCAA experience. Since 2018, he has played the NBA G League with the Westchester Knicks and the Salt Lake City Stars. His three-point shooting has been his favorite weapon, expect him over 40 percent behind the European three-point line.

Here is what Besiktas have been up to over the summer:

The first player to sign with Besiktas over the summer was Dedric Lawson. The power forward signed a deal with Besiktas Icrypex back in June, making his European debut after impressing at the NCAA level from 2015 to 2019. Lawson averaged 19 points and 10 rebounds over the last two seasons of his collegiate career.

The 24-year-old went undrafted in the 2019 NBA Draft and started his professional career with the Austin Spurs in the NBA G League. A year later he signed with Goyang Orion Orions in Korea, and is now ready to prove he's the best Lawson of them all - brothers K.J., Chandler and Johnathan are also basketball players.

Another newcomer born in 1997 is Josh Reaves. The American-Bolivian shooting guard went through Penn State's college program from 2015 to 2019, before signing a two-way contract with the Dallas Mavericks and appearing in four NBA games in 2019-20.

Joining the rookie department is Jordan Bone. Also born in 1997, Bone spent three seasons at Tennessee, and played sporadically for the Detroit Pistons and the Orlando Magic in the NBA. He also played for two NBA G League squads, spending time with Grand Rapids Drive and Delaware Blue Coats.

Bone will be playing the point guard role, trying to find the same kind of numbers he had in his last college season: 13.5 points, 5.8 assists, 3.2 rebounds, showing he can create both for himself and the others, and isn't afraid to get his hands dirty chasing the rebounds at 6'2''/1.88m.

There were also two domestic arrivals early in the summer. Ata Kahraman is a 22-year-old forward, coming over from the Second Division squad Bornova. He spent the last two seasons there, climbing up to 11.4 points per game in 2020-21, done in 25 games.

Ege Havsa is coming back home after five seasons in the NCAA. He started his path in the United States with the Fordham Rams, then transferred to Utah Valley Wolverines, before finding luck at Rice Owls in 2020-21. Ege grew up with an Istanbul-based club Pertevniyal, also played for Anadolu Efes and the Turkish national team before flying overseas. 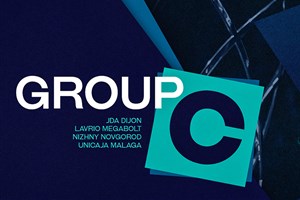 Take the quiz now: How much do you know about Group D teams? 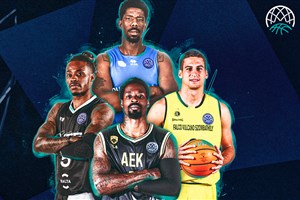