ISTANBUL (Turkey) - Besiktas Icrypex were able to hold off Rytas Vilnius, 82-79, in a double overtime thriller in front of their home crowd.

Turning point: Besiktas held a 21-point lead in the third quarter, but Rytas went on an 11-0 run to end the quarter and cut the lead down to seven (55-48).

After outscoring Besiktas 21-11 in the third, Rytas outscored Besiktas again in the fourth quarter 21-14 and were able to force overtime.

Both teams came out sloppy in the first overtime, each turning the ball over four times.

In the second overtime, Gytis Radzevicius knocked down a three with 48 seconds left to tie the game at 79 until Isaiah Whitehead responded with a shot of his own to put Besiktas up 81-79.

After a free throw by Rondae Hollis-Jefferson put Besiktas up 82-79, Rytas had multiple opportunities, but Mindaugas Girdziunas and Margiris Normantas both missed possible game-tying threes.

Bluiett was the game's top scorer with 21 points, along with 6 rebounds, 2 assists and 2 steals.

Lawson recorded a double-double with 17 points and 12 rebounds, also chipping in 5 assists and 2 steals.

Besiktas were also able to get out in transition and get some high percentage shots, as they scored 15 fast break points.

Coming into the game, Rytas had given up the most fast break points per game so far this season in the BCL.

The Turkish club will travel to face Rytas again next on Nov. 17.

The Lithuanian club will host Besiktas in their next game on Nov. 17. 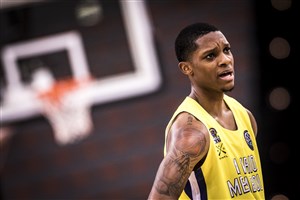 Champs score 52 in second half; Lavrio's Carter sets a BCL season-high in points 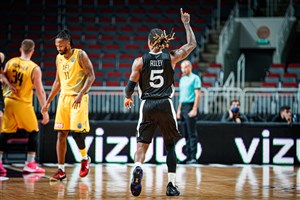