MANRESA (Spain) - BAXI Manresa got to 3-1 in Group J of the Round of 16, and they've done it in impressive fashion. Pedro Martinez's team showed no signs of slowing down as they set a new season mark for points in a single game in the Basketball Champions League.

With a 108-88 win over Nutribullet Treviso, Manresa erased the previous mark which was U-BT Cluj Napoca's 106 points scored against Hapoel U-NET Holon back in November 2021. BAXI were close to getting that record once before, when they scored 103 points against Nutribullet Treviso three days ago. 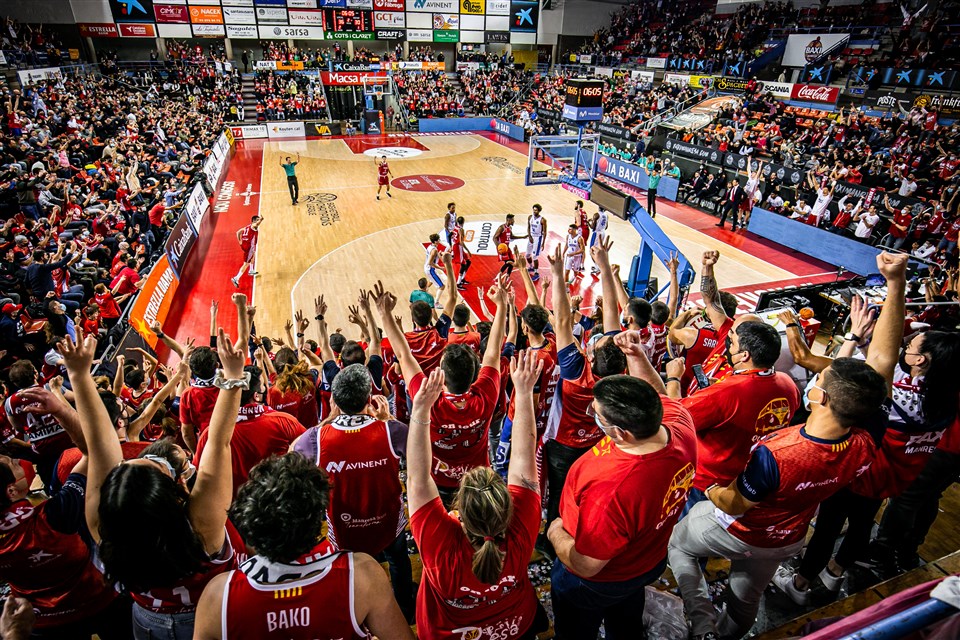 Turning point: Treviso were standing their ground after ten minutes of basketball, getting 27 points in that stanza and looking like a high scoring squad.

But they were still trailing, by one. And it went from bad to worse in the second quarter, when Manresa poured in 31 points, built a 22-point lead at the break and went on cruise control the rest of the way.

Even when Treviso made their run to flirt with single digit deficit, Manresa had another 16-3 run in them to put the game beyond doubt.

Stats don't lie: Pick your poison. Every single stat was on Manresa's side of the boxscore, the biggest difference being in bench points, where Manresa were a +25 team.

Bottom line: Manresa are up to 3-1, the same record as Tofas Bursa, but still not certain they will be in the Quarter-Finals, as Darussafaka has a 2-2 record in this one. The Spanish squad has to travel to Istanbul next week, before finishing the Round of 16 off with a home game against Tofas.

Treviso remain winless after four, and know they are out of Quarter-Finals hunt. Michal Sokolowski, Henry Sims and Giordano Bortolani combined for 63 of their 88 points.

"For 30 minutes we played really good basketball, but I don't know what happened in the second quarter. We were not focused. After two-three good offenses we didn't score, the frustration was with us, we stopped playing, we stopped competing and that was what killed us in this game." - Michal Sokolowski, Nutribullet Treviso

"Defensively we struggled, but all the teams struggle against Manresa's offense. The last four minutes of the second quarter were really tough. After that we were down by 30, in a bad moment, but looking back we fought, that for us is the focus. To bring confidence, we have to go step by step in a game like this. We will do the same against Tofas Bursa. We started the competition in the Qualifying Rounds in September, it's true that we are in trouble now, but we want to finish the season with pride that we have had all the season in BCL." - Nutribullet Treviso head coach Massimiliano Menetti

"It was great. It was an important win for us for the next chapter of the season. Finishing off this round in the standings is going to be close, so winning tonight was crucial for the future for us. We played well as a team, overall I feel good about winning, for sure. It's incredible to see the guys progression and growth from the beginning of the season to now, everybody is playing at a high level, everybody is confident because preparation brings confidence. And the way we prepare each and every day, you can't do anything but be confident out there." - Joe Thomasson, BAXI Manresa 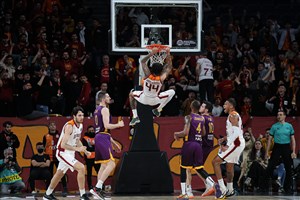 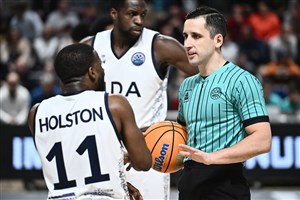