ATHENS (Greece) - The 2018 champions decided it is time to move on from the core that has been around the black-and-yellow squad of Athens for the past couple of seasons. Completely new roster will challenge for the top of the Basketball Champions League once again.

The change starts at the helm. Stefanos Dedas was a candidate for the Coach of the Season award in the BCL, and all of his great work in Turkey and Israel over the last six years has not gone unnoticed. Dedas signed a two-year deal with the Queen this summer, and began drawing up plays while the ink was still drying up.

Here's the drawing he came up with, along with the front office of AEK: 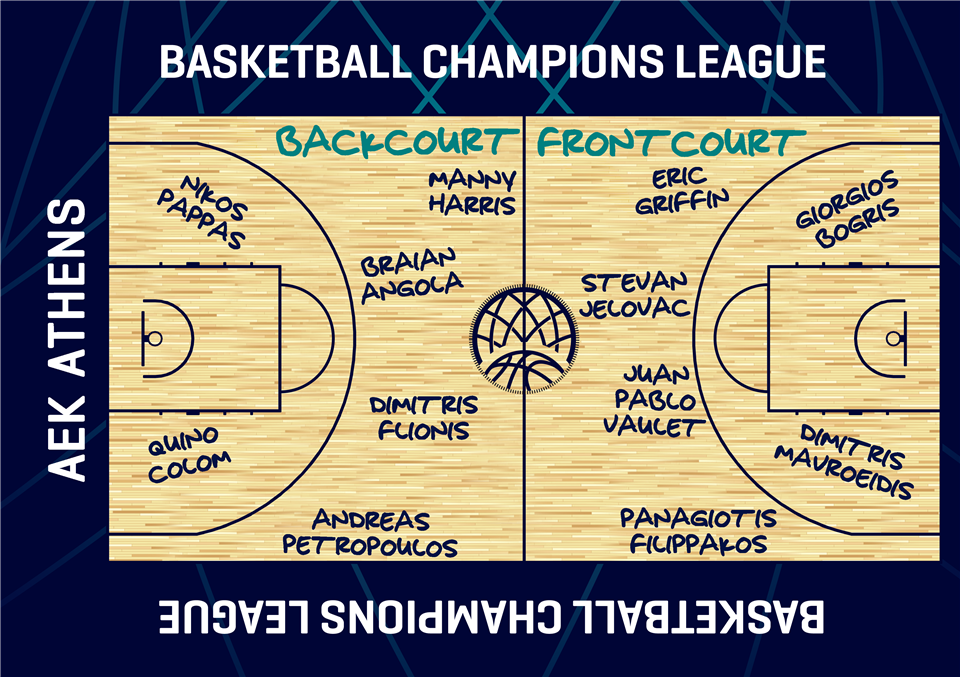 Mavroeidis will share co-captain duties with one of the new guys. Nikos Pappas is back in Athens, where he already played for Panellinios, Panionios, and Panathinaikos from 2013 to 2020. He then signed with Hapoel Jerusalem, but finished the 2020-21 season in Poland with Stelmet Zielona Gora.

Pappas is a natural born winner, picking up five FIBA Youth Events medals from 2007 to 2010, usually as the team captain for Greece, and finishing in the All-Star Five three times in those four years. He is now 31, perfect age to establish himself as the leader of this new-look AEK.

Pappas was a winner with the national team in Youth Events, but in Quino Colom, AEK are getting a FIBA Basketball World Cup 2019 winner. The Spaniard is 32, handles the point guard position and took a couple of detours compared to the usual Spanish path.

Colom gained international attention with his sublime three seasons in Unics Kazan from 2015 to 2018. He briefly returned to Spain with Valencia and Baskonia, but found luck elsewhere, with a season in Turkey at Bahcesehir Koleji and Serbia with Crvena Zvezda.

Colom will find a familiar face in the backcourt because he spent a season in Turkey with Manny Harris as his teammate. Harris is back in Athens, where he flew the highest in 2017-18, winning the Basketball Champions League in front of 20,000 people in OAKA, and he was selected as the MVP of the entire season back then.

Harris is 32, and he will know what to do on the court for coach Dedas - the two of them worked together in Hapoel Holon in 2020. Harris spent the last season in China with Shandong Heroes, playing 22 games, averaging 22.1 points, 5.9 rebounds and 4.0 assists per game.

Manny will share scoring duties with Braian Angola. The Colombian small forward is 6'6''/1.98m tall, entering the prime of his career having turned 27 in April, and he is coming back to BCL as a FIBA Europe Cup winner with Ironi Nes Ziona.

Angola also played the NBA G League with Lakeland Magic, and made his overseas debut with Filou Oostende in the BCL in 2019-20, being so impressive he won the MVP of the Belgian League Finals award. He also played briefly for Partizan Belgrade in 2020, before signing in Israel.

The other small forward is an Olympian for Argentina. Juan Pablo Vaulet is 25, the same height as Angola, and got his taste of BCL action in 2019-20 when he played for BAXI Manresa. Maybe that season turned out to be his casting for 2021, because his two best games came against coach Dedas and Holon.

Vaulet had 13 points in the first matchup, and followed it up with an 18-point, 11-rebound double-double for Manresa against the Israeli side. Overall, he averaged 9.1 points and 4.1 rebounds in just 20 minutes per game for the Spanish club in 2019-20. During the Tokyo 2020 Games, he played in all four games for Argentina, reaching the Quarter-Finals in Saitama.

Eric Griffin is coming in to fill the power forward spot. The 31-year-old is 6'8''/2.03m tall, and has played all over the world since 2012. He was in Italy, Puerto Rico, Venezuela, Dominican Republic, NBA G League, United Arab Emirates, Israel, Poland and Australia.

Last season, Griffin averaged 17.9 points and 6.8 rebounds over 25 games for Hapoel Beer Sheva, just to reaffirm his role as a double digit scorer, which he earned from day one of playing professional basketball. Expect Griffin to be a double-double threat for coach Dedas.

Stevan Jelovac is the other power forward, standing at 6'10''/2.08m. He turned 32 this summer and enjoyed a solid career all over Europe, playing for Mega, Crvena Zvezda, Antalya, JuveCaserta, Rytas Vilnius, Zaragoza, Nizhny Novgorod, Brose Bamberg and Gaziantep.

In 2020, he opted for a new experience and signed with San-en NeoPhoenix in Japan, averaged 18.8 points and 9.0 rebounds in 52 games, but is now ready to pair up with Griffin or former BCL winners Mavroeidis and Giorgios Bogris. The 32-year-old Bogris is coming back to Greece after seeing limited minutes with Lenovo Tenerife over last two seasons.

Three more players signed with AEK over the summer, looking to take the international step in their careers. Andreas Petropoulos is a 27-year-old small forward, Dimitris Flionis is a 24-year-old point guard coming to AEK after six years with Aris' first team, and Panagiotis Filippakos is a 27-year-old big guy, coming in as the best rebounder of the Greek Second Division. 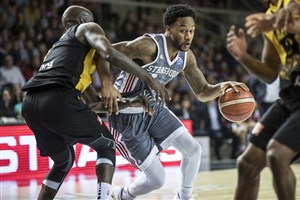 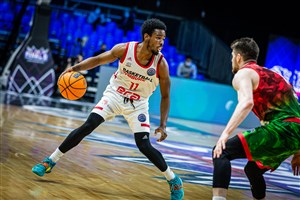