MIES (Switzerland) - The Basketball Champions League Regular Season resumed this week following the November window of the FIBA Continental Qualifiers and performances across all eight games were so good, it was almost as if action had never stopped.

Even among all those excellent displays during Week 6 of the 2020-21 season though, there were some standout players:

Kyle Allman is just warming up

Anyone following the BCL - with the exception of Rytas Vilnius fans on Tuesday night- is delighted that VEF Riga gave Kyle Allman the chance to debut in the league and showcase his unique skillset.

The VEF guard came up with a BCL career-high 17 points in Tuesday's Baltic derby on 6 of 11 shooting from the floor and, perhaps even more importantly, dished 9 assists for a near double-double as Riga celebrated an 85-81 win in Vilnius.

Allman added 2 rebounds and 2 steals for an efficiency rating of 19, but the impression most are left with is that the 23-year-old American is still just showing us mere glimpses of what he is capable to achieve in the near future.

Czech international Jaromir Bohacik has been showcasing his deep bag of tricks for many years now, both with the national team and on club level, but on Tuesday night he also showed us he can be a deadly three-point shooter, if need be.

Bohacik knocked down 5 of his 6 three-point attempts, more than in any of this previous 44 appearances in the BCL, and collected 21 points, 5 rebounds and 2 assists for an efficiency rating of 22.

The 27-year-old guard's performance was his best yet in a SIG Strasbourg jersey in the BCL and propelled his new team to a comfy 77-57 victory over Peristeri and to the top of the Group E standings.

There are of course several reasons why Happy Casa Brindisi are off their best ever start in the Italian Serie A but the spectacular play of D'Angelo Harrison is arguably the most important, and the 27-year-old proved on Wednesday he wants to have a similar impact on his team's fortunes in the BCL too

Brindisi clinched their first ever road win in the competition and did so at Oostende - a place so tough for visitors that no Spanish team has yet won there - after Harrison inspired a truly flawless performance by his team that secured them a 92-80 victory.

The Italian team's swingman finished with 21 points on 6 of 12 shooting from beyond the arc and added 3 assists, 2 rebounds and 2 steals, as Brindisi where +17 with him on the floor.

Interestingly, Harrison has yet to miss a free-throw in the BCL and is 20 for 20 from the stripe since arriving in the competition.

In their first season in the BCL VEF Riga couldn't buy a road win, but in 2020-21 they already have two victories in as many games outside Latvia and Michale Kyser, who is leading the league in blocks with 2.7 per game, is one of the major driving forces behind this transformation.

On Tuesday night, the 29-year-old power forward came up with a BCL career-high efficiency rating of 30 in VEF's 85-81 win at Rytas Vilnius and was a constant headache for the Lithuanian team's frontcourt, on both ends of the floor.

Kyser finished with a near double-double of 18 points and 9 rebounds on an almost flawless 8 of 11 from the floor and - of course - blocked 4 shots, in what was by far is best display in the competition so far.

The progress that Jasiel Rivero made since arriving at Hereda San Pablo Burgos is truly remarkable and his first games in the 2019-20 Qualification Round  will always be a milestone in his career, because he only played in the BCL during his first month in Spain.

The Cuban big man registered some impressive performances in this competition last season, but on Wednesday night he decided to put on display his offensive versatility and scored a BCL career-high 26 points on 10 of 14 shooting from the floor, in just 23 minutes of play in the clash between the reigning champions and Darussafaka Tekfen.

Rivero added 6 rebounds, 3 assists and 1 block for an outstanding efficiency rating of 29 as he paced Burgos to scoring their first century of the season and cruising to an ultimately easy 100-70 win over their Turkish visitors. 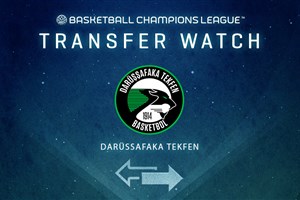 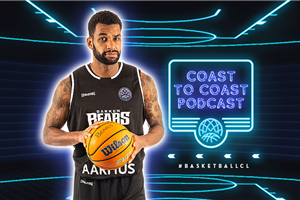