MIES (Switzerland) - Group H is the envy of the Regular Season field because it includes the team which all others want to emulate, the defending champions Hereda San Pablo Burgos.

The Spanish club will begin their Basketball Champions League title defense by going up against Turkish BCL debutants Darüssafaka Tekfen, perennial Belgian champions Filou Oostende who reached the Round of 16 in 2019-20 and Italian side Happy Casa Brindisi, who are returning to the competition after just missing out on the Play-Offs last season.

Selcuk Ernak: Our home game against Burgos will be a great game to watch.
Frank Vitucci: All the games of New Basket Happy Casa Brindisi
Joan Penarroya: Probably any game of the last two game days, where the final classification will be defined.

Which games in this group will be the toughest for your team and why?

Selcuk Ernak: Every game in the group will be tough because there is not a lot of room for error, if you lose more than two games you might not be advancing to the Play-Offs. Also, the home games are crucial.
Frank Vitucci: Burgos for many reasons, especially because they are a very good team and also because the trip there from Brindisi is very complicated.
Joan Penarroya: I would say that there are no games without complications in this group. All of them will be tough.

Selcuk Ernak: D'Angelo Harrison [of Brindisi], Thaddus McFadden [of Burgos] and Mario Nakic [of Oostende].
Frank Vitucci: Burgos big man Dejan Kravic because he is a skilled and talented player.
Joan Penarroya: I wouldn’t know which player to choose. I am more worried about the way they will function as a team rather than the individualities they may have.

Name one or more players in this group which you expect to be a positive surprise.

Selcuk Ernak: Dogus Ozdemiroglu from our team.
Frank Vitucci: The nineteen-year-old Mario Nakic, of Oostende. He is a very interesting prospect.
Joan Penarroya: I wouldn’t dare to give names. I think we all have players that could be a positive surprise.

Which team in this group play a style of basketball that you find interesting, and why?

Selcuk Ernak: We will watch and see about that
Frank Vitucci: All teams of our group play an interesting style of basketball.
Joan Penarroya: I still don’t have enough knowledge of the teams to make this valuation.

Selcuk Ernak: Oostende is a very good defensive team.
Frank Vitucci: Darussafaka could run the best defense. We probably could compete for the best offense in the group.
Joan Penarroya: Same as above.

Selcuk Ernak: Burgos has the fastest pace.
Frank Vitucci: No answer.
Joan Penarroya: It’s still too soon to give an answer to this question, because we haven’t played many games yet.

Selcuk Ernak: It would be Brindisi, I have been there many times and I like Italy a lot.
Frank Vitucci: Istanbul
Joan Penarroya: I’m sure that I would enjoy the three of them, but Istanbul seems like a fascinating city to me. And in order to take the team out to dinner, I have no doubts that I would find good places to have dinner in any of these cities. 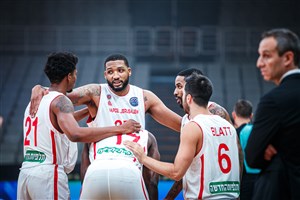 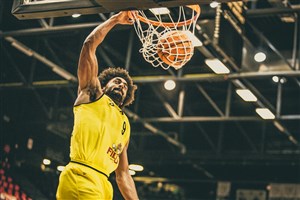