How they got to the Final 8: Casademont Zaragoza

ZARAGOZA (Spain) - Casademont Zaragoza are gearing up for their second Final 8 appearance in as many BCL campaigns, and they are set to face hosts Nizhny Novgorod in the first Quarter-Final, on May 5. Here's a look at what helped the Spanish team get here.

What is special about Casademont Zaragoza?

Zaragoza finished first in group D on a 5-1 record, right ahead of their Quarter-Final rivals Nizhny Novgorod, who finished at 4-2. Zaragoza beat Nizhny in both games between them and their only defeat in the group came at the hands of Falco Szombathely (who eventually didn't make the Play-Offs) in Hungary.

Zaragoza finished second in Group L (behind ERA Nymburk) on a 4-2 record but they had already secured qualification to the Final 8 ahead of gameday 5. They won all three games at home by double-digit margins and even enjoyed a 19-point victory (90-71) over Nymburk, but they suffered a 117-76 loss at Bamberg and a 98-78 loss at Nymburk.

Zaragoza and Nizhny are sort of...old foes since this Quarter-Final between them is the only one involving two rivals whose paths crossed earlier in the season. A lot of things have changed on both teams since then, but Zaragoza can take heart from the fact that there was one constant in both of those Regular Season games, and it has to do with two important players who are still in Aragon and will be at the Final 8.

Dylan Ennis and Robin Benzing put up great performances against Nizhny, who failed to limit them both in the November game in Spain and in the January game in Russia. Ennis had 22 points in each of the two games, with 4 assists in the first and 7 in the second, while Benzing had 16 points and 5 rebounds the first time around and went off for 23 points and 6 boards in the second clash. 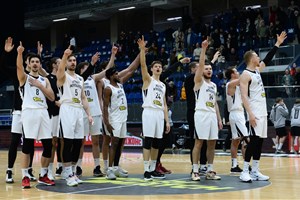 How they got to the Final 8: Nizhny Novgorod 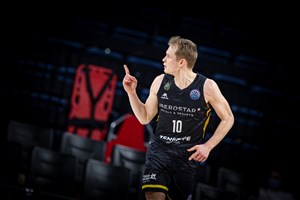