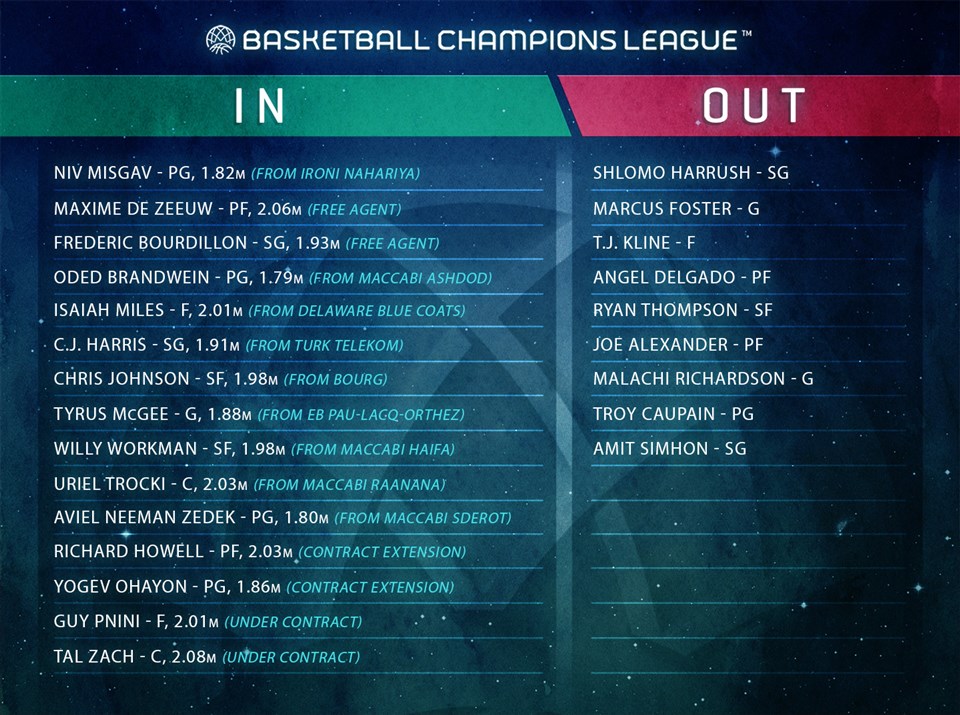 Hapoel Holon have had to build an almost new roster twice this summer, once for the Israeli league's final stage after the hiatus and once for the upcoming season in their domestic competitions and the BCL, so inevitably there are several departures, including team captain Shlomo Harrush.

The Israeli club are not starting from scratch however, since Greek head coach Stefanos Dedas, who took the reins of the team last winter, will continue at the helm. Holon will also continue to count with the veteran leadership of point guard Yogev Ohayon forward Guy Pnini and big man Richard Howell.

Holon entered the transfer market for the 2020-21 season by announcing two new signings within hours of each other, combo guard Tyrus McGee  and forward Willy Workman.

Workman meanwhile, who played for Maccabi Haifa during the past three seasons, averaged 8.2 points and 4.8 rebounds per game in the Israeli league in 2019-20.

🤟 Chris Johnson is back in #BasketballCL, as he joins Hapoel Holon! pic.twitter.com/nTA86r4b4j

The next addition to the 2020-21 roster is another veteran with experience of playing in the BCL, C.J. Harris. The 30-year-old guard joined Turk Telekom shortly before the 2019-20 season hiatus due to the pandemic, replacing R.J. Hunter.

Harris averaged 5 points, 2 rebounds and 2 assists in the Turkish BSL league while he averaged 6.5 points and 3.5 assists in the BCL, albeit he only had time to feature in a couple of games prior to the stoppage.

The latest addition to the Holon roster is Belgian international Maxime De Zeeuw, who arrives on a temporary contract following an injury to Richard Howell.

The 33-year-old power forward, who has BCL experience with EWE Baskets Oldenburg, spent the last couple of seasons at Monbus Obradoiro and averaged 3.5 points and 2 rebounds per game in the 2019-20 Spanish Liga Endesa. 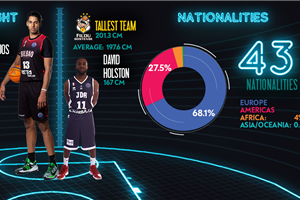 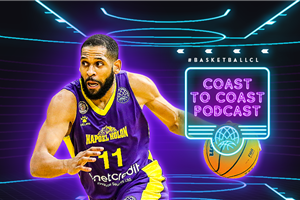