MIES (Switzerland) - Six of the eight spots in the Basketball Champions League Final 8 have been booked as five teams joined Nizhny Novgorod in qualifying for the showcase event in May. Reigning champions Hereda San Pablo Burgos, Lenovo Tenerife and fellow Spanish side Casademont Zaragoza all secured their tickets as did ERA Nymburk and Hapoel Unet-Credit Holon. The week saw plenty of drama as Igokea knocked off Burgos and Holn got a last-second win over Happy Casa Brindisi. The interview of the week is with Philipp Galewski, the general manager of Brose Bamberg.

Igor Curkovic and David Hein highlight all the storylines including Zaragoza getting two wins and SIG Strasburg and Turk Telekom Ankara setting up a winner-take-all matchup in the final week of the Playoffs. Of course, the co-hosts work some more in Overtime to give you even more info about the BCL. If you missed anything this week, the Coast To Coast podcast has you covered. 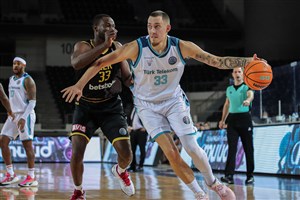 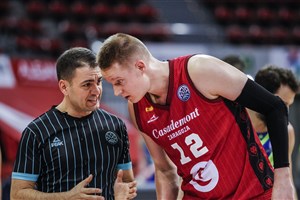