Red 6 is dribbling the ball in his team’s frontcourt and is guarded by White 5. White 5 doesn’t create any illegal contact on Red 6, and it is actually the dribbler who grabs his defender’s arm and then moves his arm up to simulate that he has been fouled. When there is an illegal contact and a fake by the same player, the illegal contact prevails.

Outcome: Incorrect decision from the referees.  A team control foul should have been called to Red 6 for grabbing an opponent and a throw in awarded to the white team at the side line in their back court with 24 seconds on the shot clock.

Black 23 is dribbling the ball being guarded by White 40. During the spin dribble, there is an incidental contact between both players’ arms, without any grabbing committed by defender. Black 23 then makes theatrical exaggerated movements with his head and body in order to create an opinion of being fouled, and according to the article 33.16, this is faking a foul. Moreover, as there is no contact that could create such a reaction, this is considered as excessive faking, which is penalized with a technical foul without a previous warning.

Outcome: Incorrect decision from the referees. A technical foul should be called to Black 23, one free throw awarded to any White team player and then the ball should be awarded to the Black team for a throw from the place (in their frontcourt) where the game has been interrupted for the technical foul penalty, with 16 seconds on the shot clock.

Black 11 gets the ball at his disposal for a throw in. He cannot find a teammate to pass the ball to and the referee calls a throw-in violation. According to article 17.3.1 the player taking the throw in shall not take more than 5 seconds to release the ball. An infraction of this rule is a violation.

Outcome: Correct decision from the referees. The referee was counting the 5 seconds visibly and decided that the throw in had not been taken before the 5 seconds elapsed.

White 15 receives a pass in the 3 point line and starts a spin dribble to the basket.  When he holds the ball and starts the continuous movement towards the basket, defender Blue 4 extends his leg from behind and trips up White 15. The referees call a personal foul to Blue 4. According to article 46.12, the crew chief is authorized to use the Instant Replay System at any time of the game whether a personal, unsportsmanlike or disqualifying foul met the criteria for such a foul or shall be upgraded or downgraded.

After the review, the referees decided that this foul met the criteria to be considered as unsportsmanlike foul – criteria 1 (article 37.1.1 - not a legitimate attempt to directly play the ball within the spirit and intent of the rules).

Outcome: Correct decision from the referees. The IRS provided conclusive evidence that the movement of Blue 4 was not a natural running movement, and that he extended his leg searching for the contact, not being a legitimate attempt to directly play the ball within the spirit and intent of the rules. Two free throws were awarded to White 15, followed by a throw in at the throw in line in White team’s frontcourt with 14 seconds on the shot clock.

Purple 6 starts a fast transition near the side line. Defender Yellow 26 comes into his way without establishing an initial legal guarding position and creates a contact. The article 33.3 describes this position as “facing an opponent and with both feet on the floor”, which then allows the defender to move laterally or backwards in order to maintain the initial legal guarding position (article 33.4).

The referee correctly stops running to get a good angle and calls an unsportsmanlike foul to Yellow 26. After the IRS review, which is allowed under article 46.12 (the crew chief is authorized to use the Instant Replay System at any time of the game whether a personal, unsportsmanlike or disqualifying foul met the criteria for such a foul or shall be upgraded or downgraded), the referees maintain the initial decision.

Outcome: Correct decision from the referees. The blocking contact created by Yellow 26 meets the criteria 3 to call an unsportsmanlike foul, as defined in article 37.1.1 – “An unnecessary contact caused by the defensive player in order to stop the progress of the offensive team in transition”. Two free throws were awarded to Purple 6, followed by a throw in at the throw in line in White team’s frontcourt with 14 seconds on the shot clock. 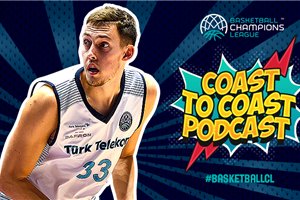 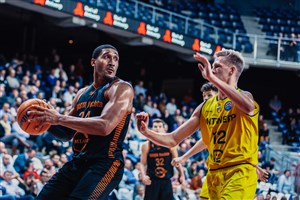