Sharing is caring at record-setting Holon

HOLON (Israel) - Hapoel UNET Holon recently set a Basketball Champions League record that seems destined to last for many years to come, but they will go out of their way to avoid boasting about their achievement.

The Israeli team poured in 122 points in their Gameday 3 win at Polski Cukier Torun, scoring more points than any other team had ever done in the competition, including games that went into multiple overtime.

If you have players that are willing to share the ball, good things will happen on offense - Sharon Drucker

That is not however the first figure that Holon head coach Sharon Drucker recalls from that October 29 Group A game in Poland.

"We are averaging 22.8 assists per game in the BCL and in that game we had 34 assists," coach Drucker told championsleague.basketball.

"What I really like about this team is that we have something I have always considered very important in my career: players that can pass the ball.

"I like a lot players that want to pass the ball and can pass the ball, starting from the big guys all the way to the point guard.

"If you have players that are willing to share the ball, good things will happen on offense."

Very good things happened indeed for Holon against Torun, although there were also other circumstances, in addition to the 34 assists, that brought about the scoring record. 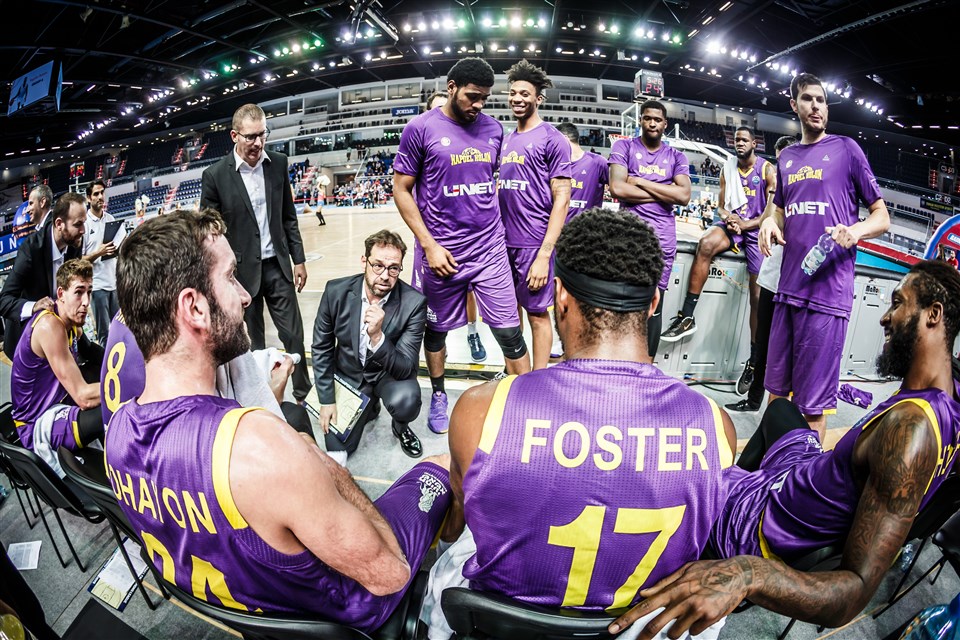 "We arrived in that game in Poland in an uncomfortable situation, because we had just lost two in a row in the Israeli Super League," Drucker explained.

"So we all sat down together in one room - coaches, players and management - and we talked about what we could do better.

"The guys stepped out on the court very sharp, very determined.

"Everything went really well for us and while usually in this kind of high-scoring games things calms down after the third quarter, that day we stayed focused until the very end."

The Fast Without The Furious

After the first four weeks of action, Holon are the best three-point shooting team in the BCL, averaging an excellent 45.4 percent from beyond the arc, and have the second-best offense in the league with 93.3 points per game.

They have no seven-footers, indeed no player taller than 206cm (6ft9) and they run at any half-chance they get, looking to score in transition or early on in the possession.

"This is the kind of game that adapts the best to my basketball philosophy," Drucker said.

"I think that players like it, fans like it, people come to watch positive, offensive basketball with players sharing the ball, fast pace and good ball movement.

"But, on the other hand, I also like defense, I want us to play aggressively, get stops to run in transition, and play defense with the same joy that we play on the offensive end.

"We have talent on offense, we still need to find our balance and play better defense.

"We felt that we needed one more ball handler that can organize the game, together with Marcus Foster and Yogev Ohayon, so we brought in Troy Caupain.

We have set as a goal between us, to fight in every game and try to make the most of our chances - Sharon Drucker

"We have a young roster with guys who have never played in Europe before, like Malachi Richardson, and I like it because the guys are hungry, they are humble, they want to show themselves and they want to grow with the team.

"During the last three weeks we had to integrate into the team three players because Guy Pnini came back from injury, and we signed first Richard Howell and then Troy Caupain.

"It's not easy to integrate players when you play two or three games a week. So there has been a transition between the team we were in the first week to the team we are now."

Holon now have two important road wins under their belt, after also winning at Strasbourg. In their previous two participations in the BCL, the Israeli club never won three and seven games, respectively, and never advanced beyond the Regular Season. Can they finally make it to the Play-Offs this year?

"From my experience it's still too early to make estimates about qualifying, we have to think one game at a time, one day at a time," Drucker said.

"One of those two wins on the road is just to make up for our loss to Ankara [Turk Telekom] at home [on Gameday 1]. We have to understand that every game counts and play every game with that mindset.

"It is our wish to qualify and it's something that our club wants a lot. Objectively, it's not going to be easy, because we are in a very good group with teams from important basketball countries, teams that have long tradition and big budgets.

"But we have set as a goal between us, to fight in every game and try to make the most of our chances.

I think the BCL, both as an organization and a competition, is unbelievable - Sharon Drucker

"We knew from the beginning that Group A was going to be a tough group and I think it's going to be close and very interesting until the last round of games."

Drucker's prediction carries weight because he is well-versed in long European campaigns.

The 52-year-old tactician conquered the 2004 ULEB Cup with current Group B leaders Hapoel Jerusalem and the 2006 FIBA EuroCup Challenge with Russia's Ural Great.

"I have always had the opinion that it's good for a team to play in Europe and not only in the domestic league," the coach said.

"Playing in a European competition is good to keep the team in game rhythm and helps the players gain experience and to become better.

"I think the BCL, both as an organization and a competition, is unbelievable.

"I didn’t coach in a European competition for the past two years and I am really impressed with what I have seen, everything is so professional, from the small details to the big things. 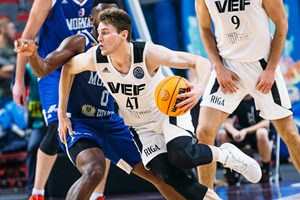 Arturs making his own name as a Kurucs

Everything you need to know ahead of Wednesday's Gameday 5 fixtures