ATHENS (Greece) - The Queen is on a mission! AEK stormed through for a powerful 99-75 win over Casademont Zaragoza, reaching their second Final in the Basketball Champions League, two years after they won the title in OAKA.

Coach Ilias Papatheodorou did not have to raise his voice in this one, enjoying the view from the front row as his team did not miss a beat from the start to the finish on a memorable Friday night. The hosts will play against Hereda San Pablo Burgos in the Final on Sunday.

Turning point: Tip-off. Zaragoza were still trying to figure out all the threats AEK pose, but by the time they lifted their heads to see the score, it was already 12-0 for the Greek Cup winners! AEK were more than aggressive on defense, Vlado Jankovic committed two fouls in just 19 seconds of action, but the 19-year-old Nikos Rogkavopoulos stepped right in and became a perfect fit, both ways, with Nikos Gkikas, Keith Langford, Linos Chrysikopoulos and Yanick Moreira on the floor. Zaragoza were unable to climb out of that hole.

Stats don't lie: It was a matter of picking your poison. Every single stat was on AEK's side of the boxscore, but this is basketball and it comes down to putting that orange Wilson ball through the rim and the net. AEK shot 38-of-66 from the field, 57.6 percent, Zaragoza would've had a hard time beating them even if they shot better than 37.5 percent themselves.

Game heroes: Probably the front office of AEK who put this monster of a team together. Tyrese Rice had 18 points and 5 assists in 17 minutes off the bench, Matt Lojeski scored all 11 of his points in just six minutes of the first half, the MVP of the Season Keith Langford had 18 points, and the youngster Rogkavopoulos scored 10 himself before fouling out. The two backcourt Nikoses, Zisis and Gkikas dished out 14 assists together, more than the entire Zaragoza team (13).

Bottom line: AEK and Burgos were outstanding in the Quarter-Finals and the Semi-Finals, and the Final should be one for the ages with both teams playing on an extremely high level in Athens. Casademont Zaragoza will face JDA Dijon in the battle for third on Sunday, closing the door on their inaugural BCL season. 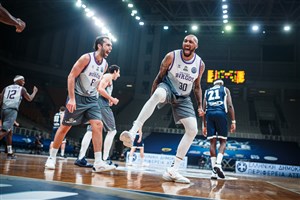 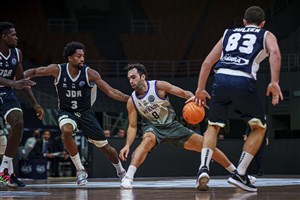