JERUSALEM (Israel) - There might be players who fill up the boxscore with statlines as useful as empty calories, but players like Gameday 3 MVP James Feldeine, impact games in ways that  the statsheet cannot accurately convey.

When I make my first few shots, I basically feel like I can shoot from anywhere - Feldeine

The Hapoel Bank Yahav Jerusalem guard finished with 25 points on 6 of 9 from beyond the arc, 2 of 2 from two-point range, 3 rebounds, 2 assists and 1 steal in his team's 98-87 home win over RASTA Vechta on Wednesday, but that doesn't tell you the whole story of how he shaped that contest.

In a Group B clash between two teams that were looking to stay undefeated, the veteran sharpshooter knocked down 4 of 5 three-point attempts to signal to the visitors that even a high-scoring team like them would not be able to keep up with Hapoel on the night.

I will do anything possible for my team to win and if that is scoring points, like Wednesday night, then that's what it's got to be - Feldeine

He knocked down the fourth of those first-quarter triples from the logo, at least two meters behind the three-point arc, to stretch Hapoel's lead to 32-23.

"It's confidence," he told championsleague.basketball as he described his mindset at that moment. "I take that kind of shots in practice so I can just to feel how far it is, and I also usually practice them in warm-ups to get into rhythm and get my legs under me.

🔥 Welcome to the @KiNGJF4 show in Jerusalem! Already 4⃣ 3-pointers in the 1QT! #BasketballCL

"I was making them in the warm-up Wednesday, and I felt like I could make them in the game. When I make my first few shots, I basically feel like I can shoot from anywhere.

"I got hot early, I made my first shot and then I stayed aggressive, like every night. It doesn't matter how many points I scored, I just want to win and I am happy with the win.

"I will do anything possible for my team to win and if that is scoring points, like Wednesday night, then that's what it's got to be."

Even if [the ball] is not going in, I know I have worked very hard for this so it's going to fall sometime - Feldeine

Wednesday night's performance, which reached an efficiency rating of 27, was Feldeine's second-best scoring display in the BCL.

On Gameday 5 of the 2018-19 season he poured in 35 points to lift Hapeol over ERA Nymburk. He registered an efficiency rating of 39 that night and was also named MVP of the Week, eventually earning a spot on last season's Star Lineup Second Best Team.

"Mentally, I want to play well, to do well every game and Coach always gives me a lot of confidence, every single night," Feldeine said.

"It's just that for me, if I see the ball go in a few times then my confidence goes even higher. But even if it's not going in, I know I have worked very hard for this so it's going to fall sometime, if it's not that game it's going to be the next one."

Feldeine, as many good shooters, places a lot of importance in confidence and perhaps he is fortunate in that his coach, Israeli legend Oded Kattache, was also an excellent shooter back in his playing days and can understand the importance of that aspect to the 31-year-old American.

But Feldeine not only plays for his coach and team-mates. The people in the stands were at the top of his list of priorities last Wednesday, as every night he steps out on the floor.

"The fans mean a lot here in Jerusalem," the veteran, who has played for teams with enormous fanbases such as Panathinaikos or Crvena Zvezda Belgrade, explained. "Sometimes, when I get hot like that, I try to bring the fans more into the game so they can be happy. 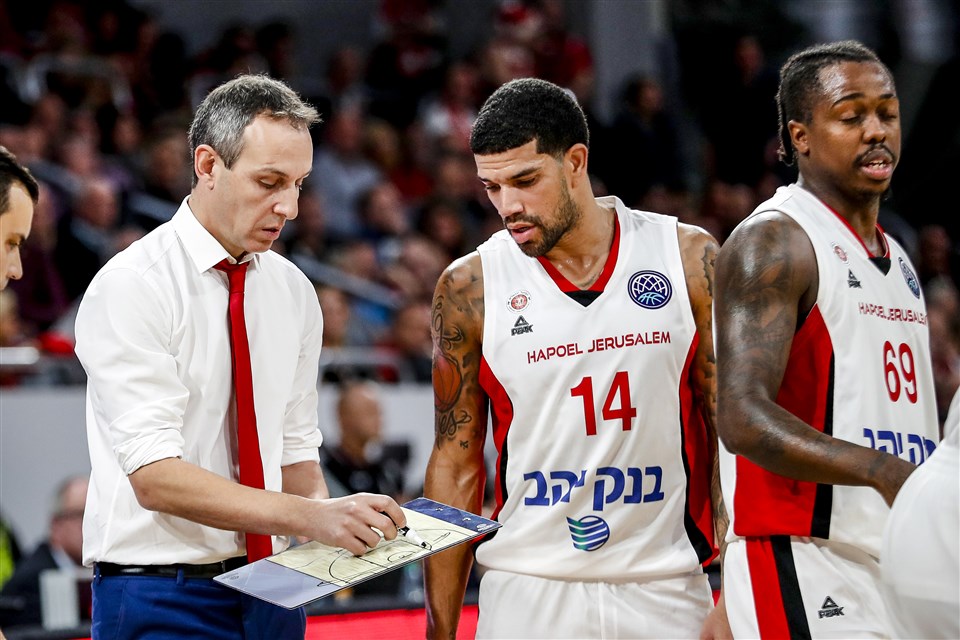 "I want them to go home with a smile on their face and to come to the next game knowing that we're going to put on a show and they're going to enjoy themselves.

"When we lose, the fans are still cheering for us, they're still chanting our names.

"They help us in every home game, they are very loud and they travel with us in the Israeli league. They are very important to the team so we're just trying to put on a good show for them, make them have fun. 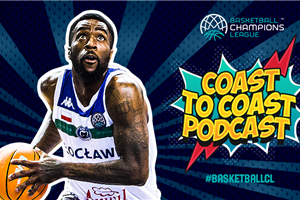 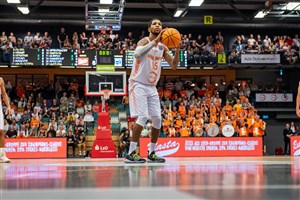