Help-Side Column: The race for the MVP of the Season, third checkpoint

ZAGREB (Croatia) - Season break is almost over. Before we get you to the rest of the Regular Season games, we need to check up on our MVPs in the MVP Race, for the third time during this awesome semester.

Now, if you've followed our First Checkpoint, or at least the Second Checkpoint, or anything that ever had words "Help," and "Side," and "Column" together, you probably know that this is nowhere near an official race. We don't do official races. We're not F1*, MotoGP**, WRC*** or the Snow Queen Trophy****, we're just here to watch some basketball, then asses stuff like who's better. 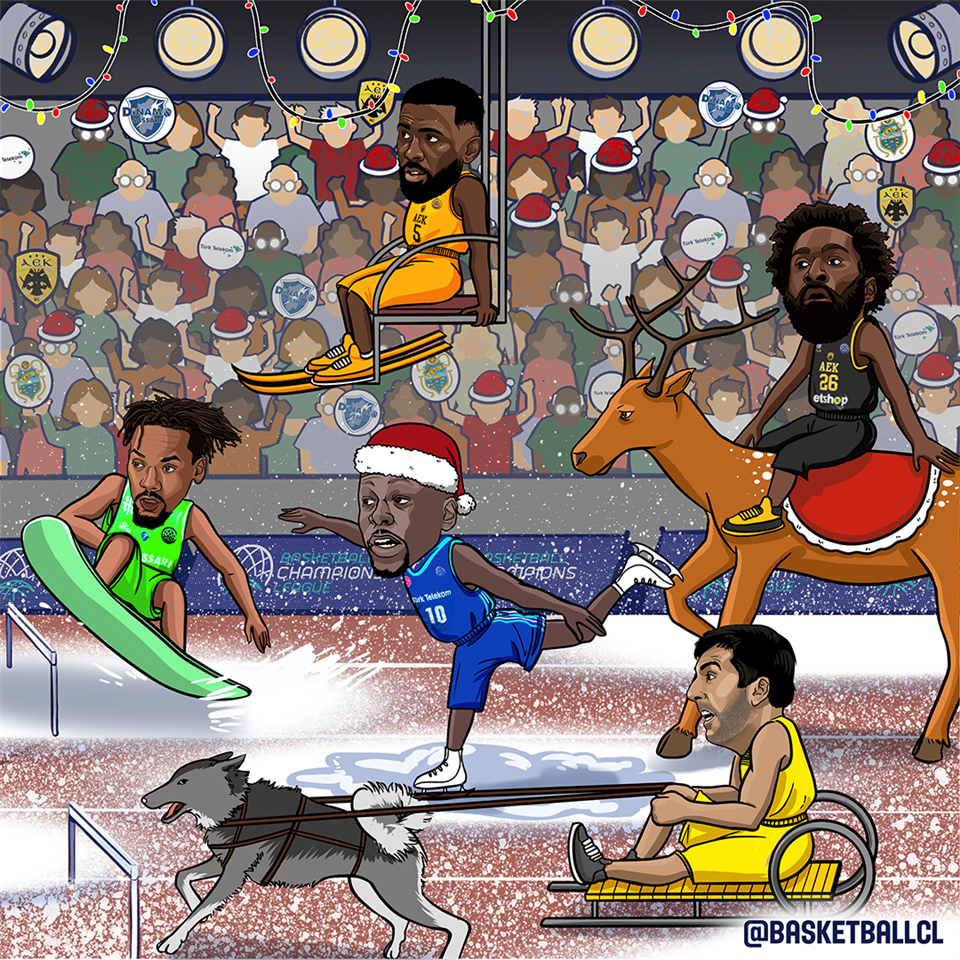 So, basically, this is just an opinion of one completely awesome dude writer, and our way of helping you through the entire season, to let you know who's hot right now and who's in the mix to be the next MVP of the Season. And judging by the guys who won that award in our previous three seasons, you need to get a "YES" on at least four of the following five criteria:

Obviously, the fifth one is completely made up and I'm just using it so I can make you wonder who's the number one guy while you're scrolling through, all the way to the bottom. You're not going to be the MVP of the Season just because you scored 89 and 76 as a 15-year-old.

(Unless you are doing it in the Basketball Champions League.)

But even though the fifth one is made up, the actual ranking stands. The guy leading the race absolutely deserves to be in the MVP conversation, as do all the other guys here. Intro should've been over like five paragraphs ago so yeah, time to start the countdown.

(1) Yep, 7-2, warned you about Nymburk, multiple times.
(2) Yes. Because he did score that game-winner at the buzzer earlier this season, and he leads the league in blocks per game. Meaning Nymburk would probably be like a four-or-five win team without him.
(3) Jury still out, especially after Nymburk brought back Mike Dixon to pull off his 30-point magic like he did four years ago in Czech Republic. Meaning Nymburk would probably reach the F4 if Dixon goes mad, not Hankins.
(4) 10.9 points, 7.6 rebounds, 2.3 blocks per game. Not bad. But more of a Defensive Player of the Year kind of stuff than MVP numbers.
(5) He scored 98 points in 9 games this season, so it's highly unlikely, to be honest. You don't think "OH YEAH BUCKETS" when somebody says Zach Hankins. You're thinking "OH NO BLOCKS" or "OH YEAH DUNKS."

(1) Right there, 6-3.
(2) Most definitely.
(3) Most definitely times two.
(4) 13.1 points, 44.4 percent from three on seven attempts, 7.6 assists, 1.8 steals per game. Also, JDA Dijon are +63 in 224 minutes with him on the floor this season, so he must be doing something right.
(5) Actually, for someone who scored 2000 points for Avondale High School in Auburn Hills, you'd guess he could've had 89-point games as a 15-year-old. But, when he was 18, he wasn't playing pro-ball. In fact - and this probably sounds crazy from today's perspective - at 18, David Holston did not receive a single college basketball scholarship. Yes, the guy who has unlimited range, who's in MVP talks here, who was the MVP of the French League last May. Crazy.

13.1PPG I 7.6APG
The second best passer of the #BasketballCL @Dcash_11 is number 8⃣ in the MVP Race! 💫 pic.twitter.com/yNPsVR3pwQ

(1) Right there, 6-3.
(2) Yep.
(3) This is another troubling question with Hapoel Bank Yahav Jerusalem guys. Because all of them are so much so offensively gifted that you could see TaShawn Thomas The Tank Engine, J'Covan Brown, Suleiman Braimoh or James Feldeine with the MVP of the Season award. You really could. But even though this is an unofficial race, I still can't have four Jerusalem guys in a list that has only 10 entries.
(4) 14.0 points, 7.0 rebounds, 2.3 assists, 19.6 efficiency per game. Oh, and he's dunking shooting 67.1 percent from the field.
(5) TaShawn was killing the stats at Killeen High School in Texas at 15. But at 18, he did not play pro-ball, he was a part of the Houston Cougars team.

🎰🎰🎰 @CB1939Canarias' @Huertas09 has been dropping more dimes than the Vegas slots (8.4APG). The best #BasketballCL passer is number 6⃣ in the MVP Race! pic.twitter.com/MK8FQz0dua

In 2002 #1 Kansas knocked off a Nebraska team that made 18 three pointers. @keith_langford hit this clutch game winner in the final minute. pic.twitter.com/IqgeJfcoLn

(1) Yes! 8-1, the best in the league!
(2) Yes! Because he's the go-to guy whenever Tenerife are in search of a bucket or two, you'll see Txus Vidorreta calling for that play where there's a ball screen at the top for Marcelinho, while the real action is under the basket, where Shermadini gets a cross-screen and ends up in a perfect position to score.
(3) Yes! Because at 7ft 1in (2.16m) and his resourcefulness around the rim, Giorgi can score in bunches and win games for Tenerife all by himself.
(4) Yes! He's averaging 16.7 points on 63 percent shooting, while grabbing 6.2 rebounds and dishing out 2.0 assists per game, giving him an efficiency of 19.7 at the end of each game. Plus, he only plays 23.5 minutes per game, so all of these numbers are actually stunning.
(5) YES!!! Giorgi Shermadini made news all over the basketball world when he showed up as a 15-year-old and started putting up absurd numbers in Georgia. There's even video evidence of his 76-point, 16-rebound game, right here, posted 13 years ago on YouTube. And the 2006-07 season saw him explode for 35.1 points and 16.4 rebounds per game for Maccabi Tbilisi, dominating the Georgian Super League while he was still just an 18-year-old. Now, he did travel a lot in his career, changing his address 13 times, but the way he's playing for Iberostar Tenerife this season - man, you can see him staying there for a long time. And winning some trophies along the way, right? Right.

So there you go. Giorgi Shermadini leads the MVP Race after nine Gamedays. Congrats, big guy! 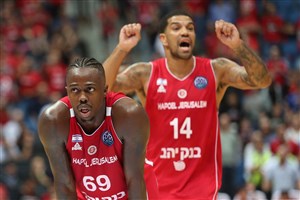 Which is the most dynamic duo in the BCL? 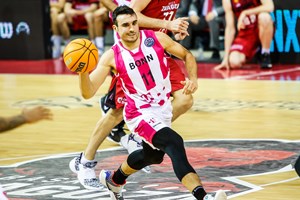