Group B preview through the eyes of the Coaches

MIES (Switzerland) - The second group of the 2019-20 Basketball Champions League Regular Season makes for a highly interesting - and balanced, according to the coaches - mix of young upstarts and established contenders.

On the one hand, San Pablo Burgos and Rasta Vechta are two clubs which erupted only recently onto the domestic stage in Spain and Germany, respectively, and are making their European debut this season with all the impetus and enthusiasm of youth. 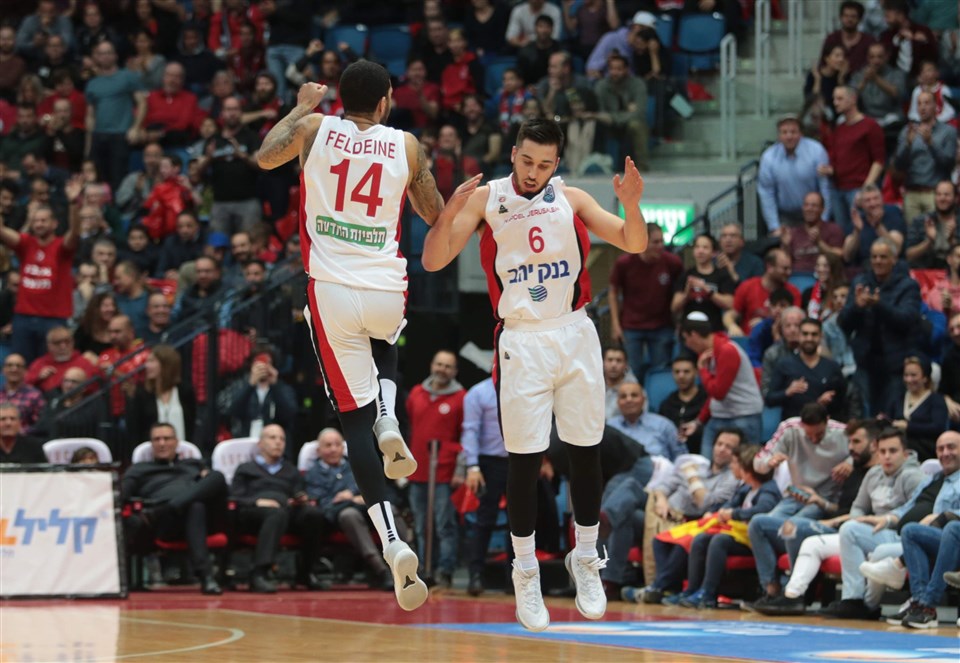 Meanwhile the other six teams in the group, Hapoel Bank Yahav Jerusalem, AEK, EB Pau-Lacq-Orthez, Teksüt Bandirma, Anwil Wloclawek and Telenet Giants Antwerp all possess extensive domestic silverware collections while the Greek, French and Israeli club have also lifted a European trophy at least once in their history.

Last season, the Giants famously went all the way from the first qualification round to the Final Four with Hapoel and AEK reaching the quarter-finals. The rosters of all three teams underwent substantial changes in the summer however, with the Antwerp and Athens sides also bringing in a new coach.

We asked the asked the coaches of the teams in Group B to help us navigate this exciting mix of old and new, and we learned three things above all: The consensus points to Hapoel, AEK and Burgos as the teams that stand out, almost everybody is looking forward to the Jerusalem trip and the majority think that the 2018-19 Basketball Champions League will come out of this group!

Which four teams in this group have the best roster?

Christophe Beghin (Telenet Giants Antwerp): Hapoel Jerusalem, AEK, Pau Orthez and San Pablo Burgos. They are teams that are very strong at home.
Pedro Calles (Rasta Vechta): Hapoel Jerusalem, AEK, Burgos and Teksüt Bandirma because they have talent, experience and deep rosters.
Igor Milicic (Anwil Wloclawek): I would definitely say Burgos together with Hapoel and AEK, they have athleticism, experience and they are favourites in our group
Ilias Papatheodorou (AEK): Hapoel Jerusalem and Burgos. Also Dinamo Sassari (in Group A) and Tenerife (in Group C) are experienced teams with a strong roster.
Joan Peñarroya (Burgos): We have a very competitive group and if we want to do well in first this stage we cannot think that some teams are more difficult than others. All teams have good players, good coaches, European experience and play in important cities.
Laurent Vila (Pau-Lacq-Orthez): First of all we are in one of the most balanced groups as every team will play for the play-off spots, even those who are coming from the qualification rounds.The rosters of AEK, Burgos and Hapoel Jerusalem look very impressive but we might be surprised by every team.

Who are the best four coaches in this group?

Christophe Beghin: Ilias Papatheodorou of AEK, Oded Kattash of Hapoel, Hakan Demir of Teksüt Bandirma and Pedro Calles of Rasta Vechta.
Pedro Calles: It’s not possible for me to rank coaches. All coaches in our group and in the Basketball Champions League are all very good.
Igor Milicic: I really respect coach Peñarroya, I have been following him since he was at Andorra. I also know that coach Demir is doing a great job at Bandirma, but I am not so familiar with the rest of the coaches.
Ilias Papatheodorou: (The coach chose to mention coaches in other groups): Txus Vidoretta of Tenerife, Ilias Zouros of Peristeri, Nenad Markovic of Gaziantep, Pedro Martinez of Manresa.
Joan Peñarroya: That’s even more difficult to say because these coaches are experienced, both in Europe and in their domestic leagues.

Which games in this group would you recommend watching to a neutral basketball fan?

Christophe Beghin: I look forward to the games between Hapoel Jerusalem and Burgos.
Pedro Calles: Those games that will take place in a historic arena like that of AEK Athens, where the atmosphere is great.
Igor Milicic: I hope that we will be a fun team to watch.
Ilias Papatheodorou: The games of AEK against Burgos and against Hapoel.
Joan Peñarroya: I think we are very lucky to have some very nice games, and in our case it’s the first European campaign so every game in Burgos will be nice to watch.
Laurent Vila: Hapoel Jerusalem against Bandirma will be interesting and the two games between Burgos and AEK will be crazy, with the contribution of some of the best fans.

Which of these games will be the toughest for your team, taking into account the opponent, travel and schedule?

Christophe Beghin: The road games, especially to Hapoel Jerusalem and Burgos, which also have many fans, are tough. Bandirma is also strong in its own gym and the trip is tiring.
Pedro Calles: We are a new team in the competition so every game is going to be very difficult for us, both home and away games.
Igor Milicic: There are no easy games in this group, it is the toughest of the four groups in the competition this year.
Ilias Papatheodorou: Our game against Hapoel in Jerusalem (on October 23rd) because it’s still early in the season, against a difficult opponent in front of a good home crowd.
Joan Peñarroya: We are playing in both Liga Endesa and the BCL and, fortunately, every game we play is neither easy nor impossible. For me, the most complicated game is always the next one.
Laurent Vila: This group is very balanced so every game will be very tough, and the addition of the fans’ support will give every away game a play-offs feel. 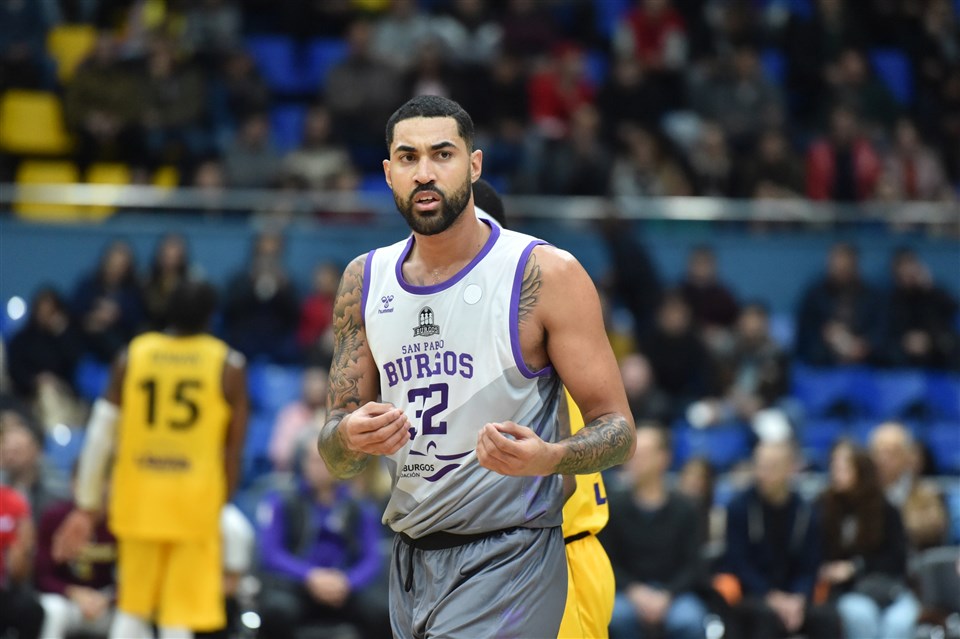 Which player(s) in this group is special, either because of a specific skill or because they are difficult to defend?

Christophe Beghin: The 22-year-old Tamir Blatt of Hapoel Jerusalem is a player to watch.
Pedro Calles: Chris Langford and Marcus Slaughter of AEK, Augusto Lima and Earl Clark of Burgos, Jaime Smith of Bandirma.
Igor Milicic: Kendrick Ray of AEK is a great scorer and his team-mate Jonas Maciulis is a veteran that has vast experience. James Feldeine of Hapoel and also Earl Clark, Vitor Benite, Augusto Lima and Thad McFadden of Burgos are all well-known players. I think every team has good players on their roster.
Ilias Papatheodorou: Suleiman Braimoh of Hapoel and Thad McFadden of Burgos
Joan Peñarroya: We will see as the competition advances.
Laurent Vila: Keith Langford of AEK and Earl Clark of Burgos will be very interesting to watch this season.

Which player(s) in this group could be a positive surprise?

Christophe Beghin: The same player as above, Tamir Blatt
Pedro Calles: Emanuel Terry of Bandirma
Igor Milicic: I would go with our players, there is a lot of potential within our perimeter guys.
Ilias Papatheodorou: Jonas Maciulis (of AEK) and Τyrus McGee of EB Pau-Lacq-Orthez
Joan Peñarroya: I hope it will be one of our guys.
Laurent Vila: Vincent Kesteloot and Hans Vanwijn of Antwerp are two players with a lot of potential and this season they are entering their prime. On our team, we've got Petr Cornelie, Digué Diawara and Yohan Choupas as young prospects. 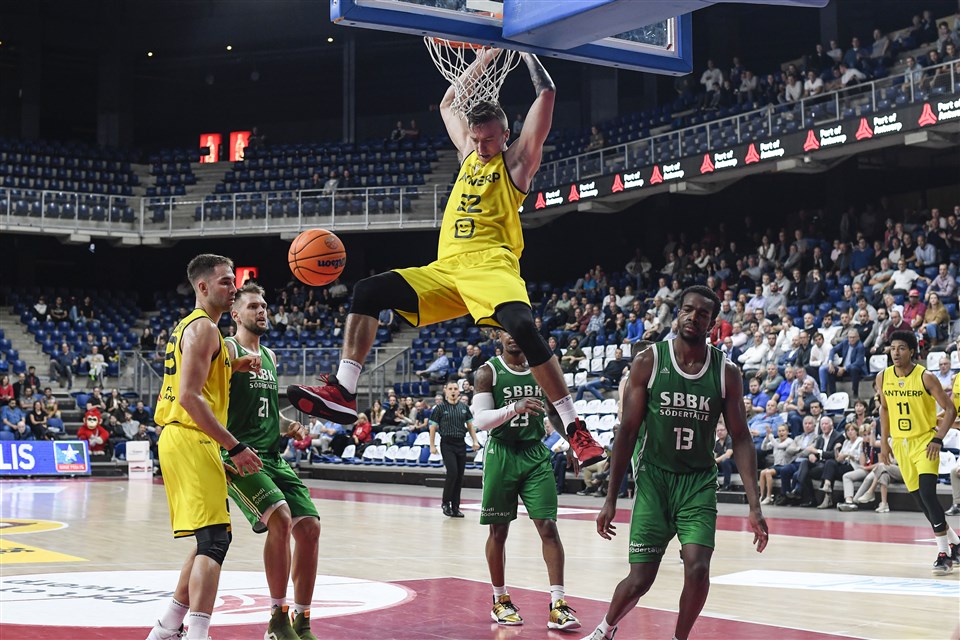 Will this be a group for perimeter players or big men?

Christophe Beghin: That’s easy, they are both important!
Pedro Calles: Nowadays teams are playing more perimeter-oriented basketball but I truly believe that every team needs a good inside-out balance in order to play good basketball. Inside players are as important as perimeter players.
Igor Milicic: They are equally important but as basketball is getting faster and faster the tendency is to have more dominant players on the perimeter.
Ilias Papatheodorou: Perimeter players
Joan Peñarroya: In today’s basketball you have to play both defense and offense and you have to achieve balance between perimeter play and inside play.
Laurent Vila: When you got a big man who is really able to score and is efficient on defense, it’s difficult for the opponent to find a solution against him. But some perimeter players can bring something magic on the court and when the game is tight you need clutch 3-pointers. That’s why you need both!

Which team in this group plays a style of basketball that you find interesting?

Christophe Beghin: Hapoel Jerusalem, because of their ball movement.
Pedro Calles: Burgos play with a good combination of structured and up-tempo basketball. They are very disciplined on the defensive end.
Igor Milicic: I really like Hapoel, they have a good inside game, they attack the offensive rebound, their pick and roll game and their spacing makes them a fun team to watch.
Ilias Papatheodorou: Hapoel, because they rely on some American players with great individual skill and they make it tough to play against them.
Joan Peñarroya: At this moment in the season, I am not very familiar with the style of play of every team.
Laurent Vila: We have only watched Burgos, Antwerp and AEK for the moment and they all played well, but it’s difficult to decide who is better unless we watch more games.

Christophe Beghin: It's too early to know that.
Pedro Calles: It’s very difficult to answer that question when teams have played just a few games in their domestic league.
Igor Milicic: I can’t judge at this moment
Ilias Papatheodorou: Burgos the best offense, AEK the best defense.
Joan Peñarroya: I hope that Burgos will have both the best defense and the best offense.
Laurent Vila: We don’t know right now. I hope that we’ll be able to both defend hard and play well on offense.

Which team will have the fastest and which team the slowest pace?

Christophe Beghin: It's too early to answer that
Pedro Calles: We need to watch more games to have an idea about the tempo.
Igor Milicic: I think definitely AEK and maybe Banvit will play at a slower tempo than the other teams and maybe Orthez has the ability to play the fastest.
Ilias Papatheodorou: Burgos the fastest, AEK the slowest
Joan Peñarroya: It’s too difficult to say at this stage.
Laurent Vila: We will see during the competition. We will try to play fast every time it is possible.

If you could spend a couple of extra days in one of the seven cities you will visit, which one would it be? And if you took out the whole team to a restaurant which city would you choose?

Christophe Beghin: They are all attractive cities. If I have to choose one, then Jerusalem, that city has so many historical and cultural assets.
Pedro Calles: I would choose Jerusalem to spend some extra days and Athens to go to a restaurant.
Igor Milicic: Jerusalem, because it’s very close to Tel Aviv, where I have my best friends, and I will take the team to a restaurant in Tel Aviv!
Ilias Papatheodorou: Jerusalem
Joan Peñarroya: Any of these cities would be nice, although I have never been to Jerusalem. Then again I think I would only get to see the hotel and the gym anyway. For a restaurant, I choose Burgos.
Laurent Vila: Athens will be for sure one city to visit and if it’s the president who picks up the cheque then we will try a restaurant in every city!

Is the team that will win the Basketball Champions League title in this group? 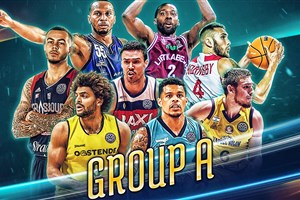 Group A preview through the eyes of the Coaches 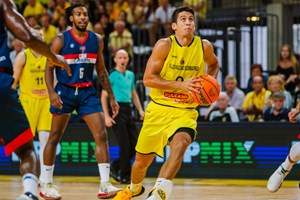