Foresight - a closer look at Promitheas BC

MIES, Switzerland (Basketball Champions League) – Promitheas BC might be one of the all-time, most enjoyable names for a sports club. For those of you reading this who aren't well versed in Greek mythology or Ridley Scott films, Prometheus from the Greek derivation of Pro (before) and Manthano (learn) was a Titan who stole fire from the gods and gave it to the mortals – the potential for references and parallels with a basketball team especially, are almost irresistible.

Promitheas the basketball club, based in Patras Western Greece, are not long embarked on their own mythical rise up the ranks of Greek basketball. Founded as recently as 1985, the club achieved successive promotions between 2013 – 2015 and finally entered the Greek A1 in the 2016/17 season – promptly finishing 9th in their maiden season. The rise continued again in 2017/18 as the club finished 3rd in the regular season and 4th overall – the highest ever placement of any club in Greece, from outside Athens and Thessaloniki. We spoke to Head Coach, Makis Giatras about a club built on a set of values, the core of players that helped them reach this point and the club's emphasis on developing young players. 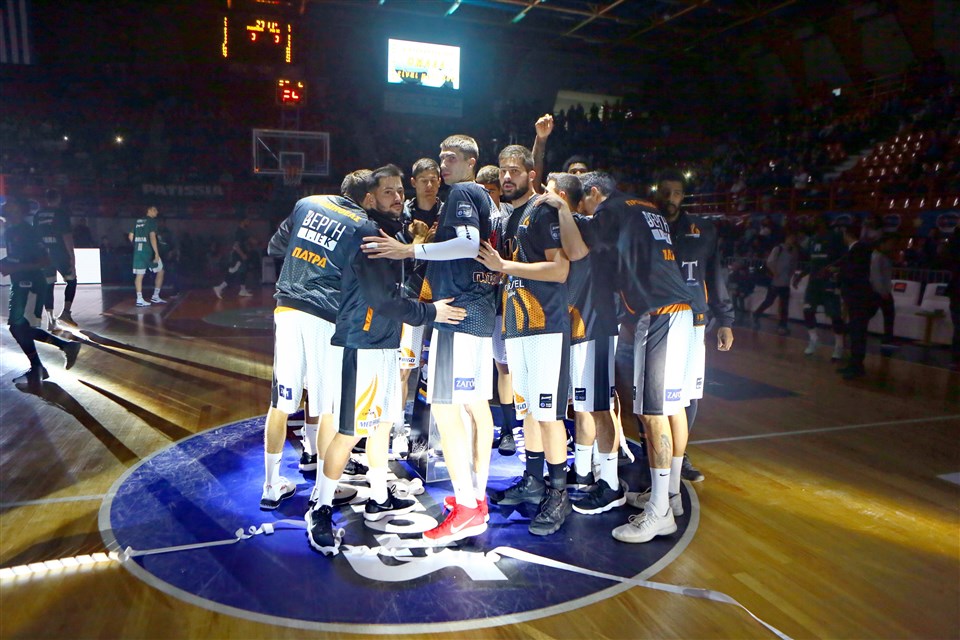 Finishing 4th overall in the Greek League in your 2nd season, is an outstanding achievement, congratulations. Can you tell us anything about how you managed to achieve this and what it means to the club?

Giatras: "Yes, it was an amazing year for the team. This success was due to the collective effort, whether we speak about players, staff or club owners, we were all together like "one fist". There was an amazing atmosphere in the club."

This will also be Promitheas' first season in international competition. What are your expectations coming into the Basketball Champions League?

Giatras: "The BCL is a very good competition with a meritocracy and very high level teams. Our participation in the regular season, is in itself a success and an honour. We currently have fourteen games in an extremely difficult group, with very good teams. We are looking at each game separately and the aim is just get as high as possible."

Drawn in group D, the challenge is certainly clear for Promitheas. Perennial favourites Besiktas Sompo Japan, SIG Strasbourg and Neptunas Klaipeda have reached the Play-Offs in both seasons of the Basketball Champions League and it would be brave to bet against them again this year. Petrol Olimpija and BC Oostende are experienced competitors with talented squads and newcomers Virtus Bologna already look very strong. It doesn’t end there either. With a refreshed medi Bayreuth squad and ACB team Estudiantes potentially battling to come through the Qualifiers, Group D is already looking like the toughest possible draw. 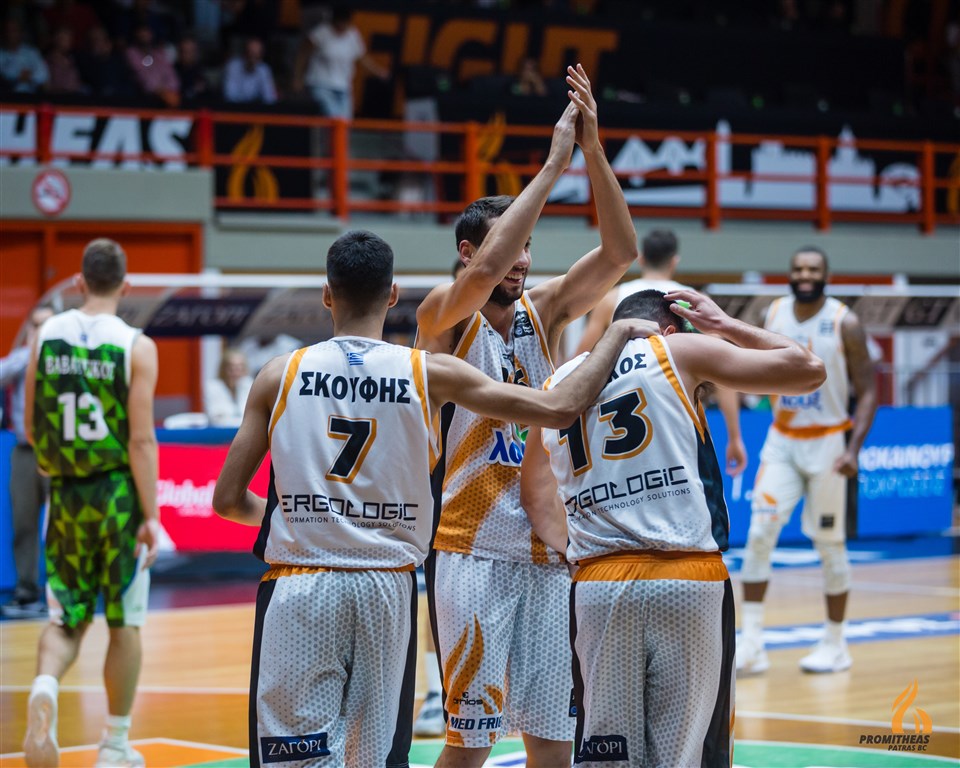 One thing that could work well for Promitheas – particularly in the early stages of the Regular Season - is continuity. So often for clubs in Europe, rosters can have the semblance of a revolving door at a Hilton Hotel. Promitheas appears to be a club built differently. Many of the squad have stayed on for Coach Giatras and several of those that are enjoying an extended stay in Patras, have enjoyed individual career progressions to match the way the club has risen through the ranks.

Giatras: "Since last year, the team has retained a core to which we have added some new players, paying a lot of attention to matching their character with our team. We have quite a few guys now with experience from European competitions and this will definitely be useful. The basic thing is for the team to be successful.  When a team is successful, then the players that make that team, also enjoy success. This was shown by Nikos Gikas and Christos Saloustros who played in Greece's national team (NT) after their performances with Promitheas Patras. This season, we have many players with a lot of national caps for the Greek men’s team. We want our players to represent our country in international competitions - the same also is true for our other internationals like Lypovyy."

When you look at the core of the team that Giatras speaks of you don’t need to look much further than the back-court combination of captain Nikos Gikas and Oleksandr Lypovyy. Watching Promitheas play, the first thing you notice is that everyone plays really hard. The effort and grit on both ends of the floor starts with Gikas and Lypovyy.

If you watched Greece in the #FIBAWC Qualifiers, then you will probably know what Gikas is all about; pace up and down the court, crafty angles, changes of speed and he has just about every type of pass you could want in his bag. Gikas was second in the Greek A1 league last season for assists with 5.9 APG*. He can score too – especially in the 4th Quarter - but more often than not, he’s looking to get his team the ball when and where they need it. And when it comes to passing, Gikas is at his best in transition. So often, you’ll see him come up with a steal or deflection and turn it into 2 points for a team mate in blink of an eye.

At 6’7” (2m) Ukraine international Oleksandr Lypovyy can be a real problem on both ends of the floor. He’s able to guard 1-4 on the defensive end and is very adept at getting into passing lanes. On the offensive end, he’s a specialist at using his height as a guard to his advantage – he can shoot and pass over the top of most of his match ups, uses his height to finish in traffic and contributes nearly 4 RPG* as well.

It’s not just Gikas and Lypovyy returning. Octavius Ellis and Christos Saloustros also return to the Promitheas front-court - Saloustros after having a career season last time around and getting rewarded with a place in the Greece NT. Ellis’ energy in the paint will be familiar to Basketball Champions League fans, after his time with KK Mornar and Enisey. Saloustros played the combo-forward role last season, offering floor spacing by shooting 38% from deep and scoring 10 PPG*. Saloustros also impacted on the defensive end where you’d just as easily see him at the top of a full court press, as you would see him defending bigs in the post - often in the same possession. 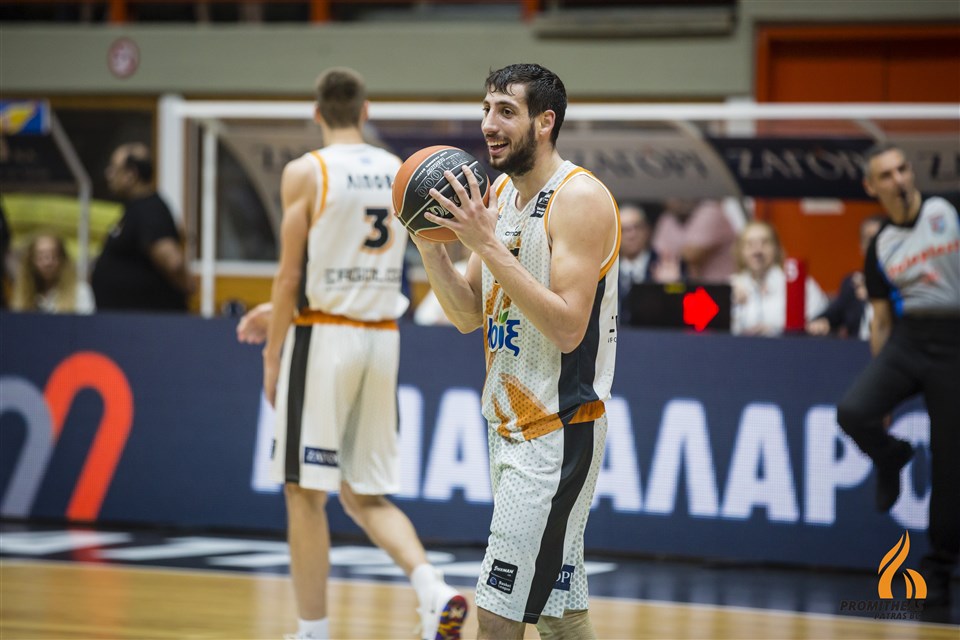 Langston Hall is another huge returning piece for Coach Giatras. At 6’4” (1.93m), Hall is a do-it-all guard that shot 40% from behind the arc and produced 3.7 APG for his team mates. Hall is another player that stood out for his hustle and effort last season. Perhaps his most valuable role in this team however, was as a reliable shot creator off the dribble – in transition or against a switch, Hall is capable of consistently creating separation for open looks.

Coach Giatras also spoke about the qualities they have looked for in their recruits. Terell Parks, Michalis Tsairelis and Dimitrios Katsivelis look like great additions. As does Leonidas Kaselakis and Tony Meier's ability to stretch the floor from  the Power Forward position could be a key addition but without doubt, the standout name on the list is Rion Brown. Casey Prather was huge for Promitheas at the tail end of last season and his form in Patras not only looked like a huge oversight for some of the bigger clubs in Europe, but has also subsequently earned him a pay-day in the VTB. Whilst Prather may be leaving an 11 PPG hole behind, it did take him 9 shots per game to get those 11 points. Rion Brown scored 12.5 PPG with the same 9 shots for JDA Dijon last season and Kataja fans will be able to tell you everything you need to know about what he brings as an athlete and shooter. Brown is the type of player that everyone will be excited to see back in the Basketball Champions League again.

As a club, Promitheas also make a point of emphasizing the importance of their NOUS program and more to the point, their willingness to give opportunities to young players from their NOUS program. The project that coach Giatras describes sounds similar in its holistic nature to that of the famed La Masia at Barcelona FC.

Giatras: "Certainly, it is very important for us to have players from the Academy that will also play a role in the men's team. Players coming from our academy, beyond their talent, will have a character that suits the identity of the club. We have the will for these kids to join the team and to be counted as valuable members.  We house them and (privately) educate them. We just built a state-of-the-art training center. All of this, is to provide the best possible conditions to develop them as athletes but also as people." 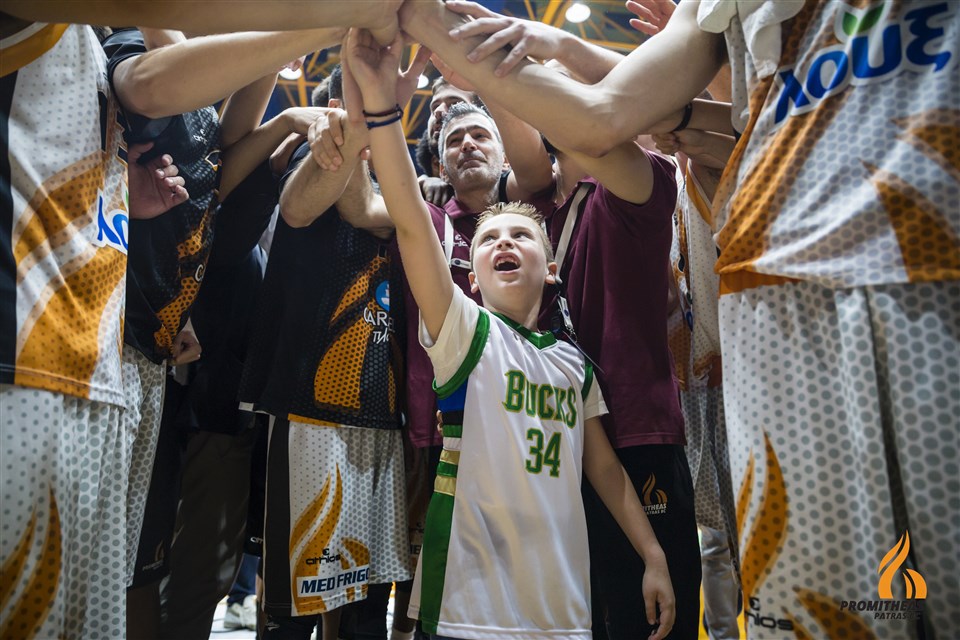 The focus on youth development certainly seems to be paying off. Promitheas are serial winners at the U16 and U18 level in Greece and when you look through the list of professionals on the roster, you also see names like Sandramanis (2000), Kariaskos (2001), Lanaras (2001) all given the confidence by the club and coaching staff to contribute at the senior level. Without question however, the name that jumps off the page when it comes to Promitheas’ young stars, is Lefteris Mantzoukas. At fourteen years of age, he was the youngest player ever to score in the top tier of Greek basketball last season and he did so against Olympiacos no less. Now fifteen and standing 6’6” (2.01m), Mantzoukas could be one the most fascinating stories to follow in the Basketball Champions League this season.

So, with so many of the core of the squad returning and some key acquisitions alongside these young talents, what are Promitheas going to look like as team on the floor?

Giatras: "We do not intend to change many things in our playing style. We will follow the same tactics that brought us here. Our goal is, as I told you earlier, to enjoy our participation in such a strong competition, to be as competitive as possible, to get as high as we can in the standings, of course to grab as many wins as possible and above all to give joy to our fans!"

If last season’s style is anything to go by, there is little danger of not delivering on that promise to the fans. Promitheas played a brand of team basketball that produced a 64% AST%* which was good for second in the league. Watch the two clips below and you see that this was a team that was able to execute on the offensive end against the best defences in Greece. The thing that shines through in all the videos of Promitheas on the offensive end, is chemistry between their best players.

On the defensive end, Promitheas made up for some of their physical disadvantages by mixing things up, often changing their defensive schemes several times a game. With a different roster and physical profile this season, it’s likely that if coach Giatras were to make some style adjustments, it could be on the defensive end but regardless of that, the effort and hustle on this team will no doubt continue to be great value.

No matter which schemes coach Giatras and his staff choose to put on the floor, Promitheas BC in the Basketball Champions League, with their trusted core, athletic recruits and crop of young stars, are already promising to be one of the must-follow stories of this young season. When you consider this is a season that sees their countrymen AEK, return as champions and the likes of Brose Bamberg, Hapoel Jerusalem and Virtus Bologna also join for the first time, stealing headlines already, is a good start.

**PPG = Points Per Game, APG = Assists Per Game, AST% = Assist Percentage - the percentage of a teams baskets scored as a result of an assist.