Each week, experts are analysing the games. In order to improve the understanding of referees' decisions and to increase the transparency towards our fans, we publish some of those "tough calls", together with an explanation. This week, the emphasis will be on Unsportsmanlike Fouls.

White 3 is driving to the basket and Black 19 grabs, with his left hand, the shoulder of White 3. Black 19 has no legitimate attempt to the play the ball and an Unsportsmanlike Foul (C1) should be called on Black 19.

Black 34 receives the ball after the rebound. During the act of shooting, Yellow 19 grabs and holds the right shoulder of Black 34. Yellow 19 has no legitimate attempt to the play the ball and, at the same time, the contact is also excessive. An Unsportsmanlike Foul (C1/C2) should be called on Yellow 19.

Blue 9 dribbles the ball in the transition and Black 2 creates an illegal contact, and a foul is called. However, the contact of Black 2 is unnecessary to stop the transition of the opponent and an Unsportsmanlike Foul (C3) should be called on Black 2. Referees could also use the Instant Replay System to review the decision.

Red 31 fakes defensive player Black 8 and starts dribbling. Black 8 creates an illegal contact what is a normal basketball action and a normal personal foul should be called.

Referees could also use the Instant Replay System to review the decision, what it is strongly recommended due to the fact that the other referee on the baseline just called a normal foul on the same play.

White 10 dibbles the ball in the mid-court and Black 10 creates an illegal contact. Referee calls a normal foul, but review the situation with the Instant Replay System, what is possible by the rules (to upgrade or downgrade UF) and upgraded the foul of Black 10 to an Unsportsmanlike Foul.

In the review, it is clearly visible that Black 10 generates an unnecessary contact during the transition and an Unsportsmanlike Foul (C3) should be called on him. 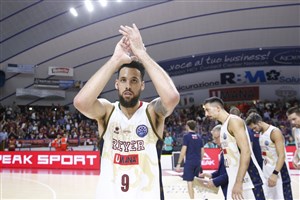 Coast To Coast Podcast Episode 3: Round 2 Analysis and Interview with Jordan Morgan 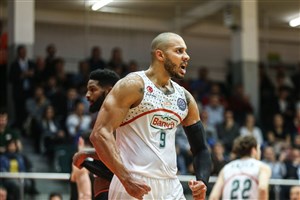