As such, it's time to look back on the Final Four weekend in Antwerp with some key numbers.

A couple of facts happened for the first time:

As the number of cameras installed around the court, making of this third edition of the Basketball Champions League Final Four one of the biggest broadcast production so far. This include, among others, a cable cam, a crane cam and two super slow-motion cameras.

As the number of announced NBA scouts and agents for the Final Four weekend.

As the number of European countries that showed the Final Four on TV.

The scoring average put up by Kevin Punter, who led all players in this Final Four. The MVP of the Final Four has scored 20+ points and grabbed 5+ rebounds in two BCL Final Four games (21pts, 8reb v Brose Bamberg, 26pts, 7reb v Iberostar Tenerife), no player has ever achieved that once in the BCL Final Four history.

As the numbers of tons of additional material installed on the Sportpaleis arena's ceiling structure. This included notably a giant cube and a complete new lighting system offering a brand new experience to the fans.

As the total number of teams - from 30 different countries - that registered last summer (of which 56 ultimately entered). 52% of them qualified among the top 3 positions of their national league at the end of the previous season.

The number of days before the first Round of Qualifications of the Basketball Champions League's fourth season tips off.

The number of minutes of action and emotions broadcast on Sunday evening for the Final. You can re-watch the last game of the season and its final ceremony here:

As the number of accredited media and rights holders that covered the event, including 24 photographers.

As the number of fans attending the games on Friday and Sunday at the Sportpaleis arena in Antwerp.

The amount, in euros, that the Italian side Segafredo Virtus Bologna are taking home as winners of this season's Basketball Champions League. 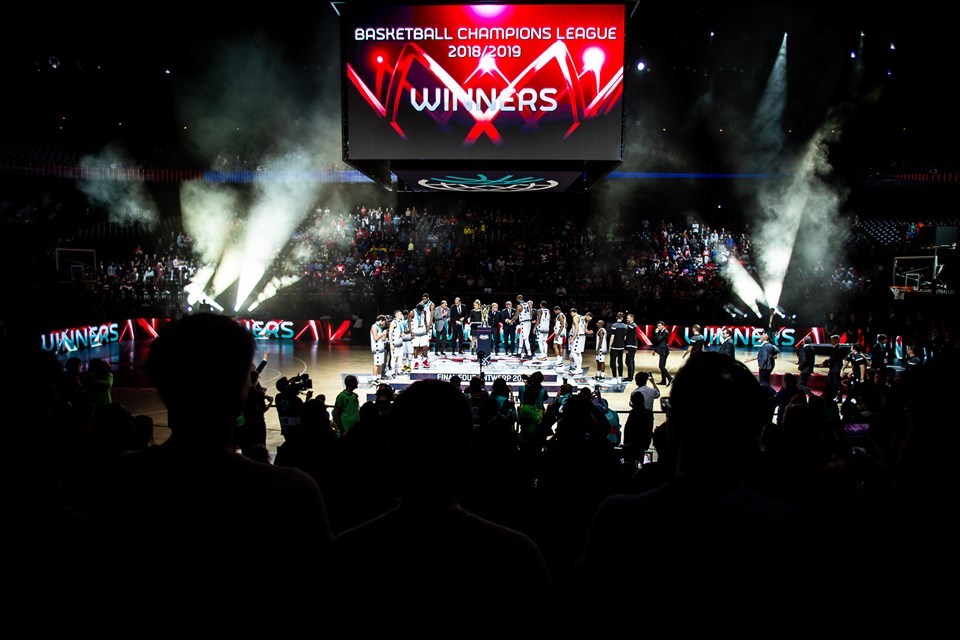 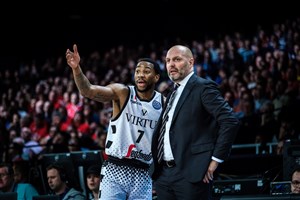 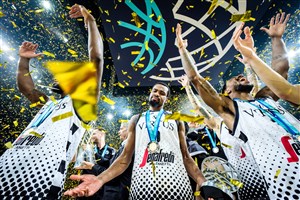