MURCIA (Spain) -  It seems that UCAM Murcia and Nizhny Novgorod have developed a taste for dishing out free basketball. In the last game of Gameday 10, the two clubs decided that sleep was overrated and served up a double OT thriller. For Nizhny Novgorod, that game became its' second double OT of the season. For UCAM Murcia that game became its' first double OT of the season, but they immediately proceeded to play out another one when Tenerife visited in the ACB.

Nizhny has been getting noticed for it's X's and O's all season and not just in this "Tactics Board" feature. The play in the video below was a game-winning Side-Out-of-Bounds in Russia, shared on socials in the week before this game:

The triangle "backdoor spot" lives in this simple sideline inbound play. It could be run as "blind pig" where the top cut goes backdoor, or as a backdoor cut from the inbound passer if their check helps off the ball. pic.twitter.com/cER79TDvK5

Then also in the days before the game, this warning of what was to come from Murcia made it into the world of the internet's best X's and O's connoisseurs:

Here's a very clever wrinkle to the standard "elevator" screen by @ACBCOM and @BasketballCL team, @UCAMMurcia. Watch the clip all the way through to get a breakdown of how the guard got so open for the layup. pic.twitter.com/nrBNHTY83K

(If you like watching clips of excellently executed basketball, click on Chris Oliver and Liam Flynn's handles, you'll be in there for days).

If that play above looks familiar, that's because it should.... The headline play of our game was Murcia executing the same "Elevator Screens" to perfection and Milton Doyle nailing the 3-ball.

We will get to what why that worked so well shortly, but before we do that we need to explore the chain of events that led to it. Early in the fourth. UCAM Murcia went on a mini-run to start the Q. This execution of the "Spain pick-and-roll" action caught my eye. For those of you not acquainted with Spain action this should explain it in essence: 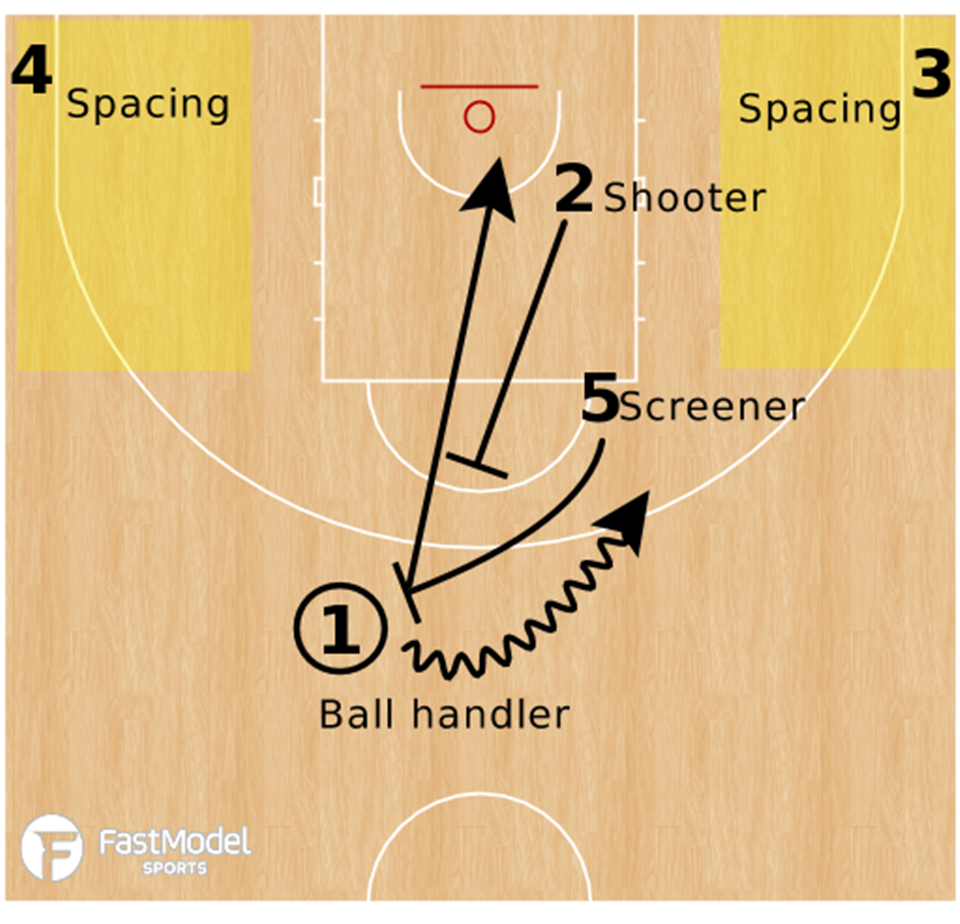 (Shooter back screens for the screener and pops) 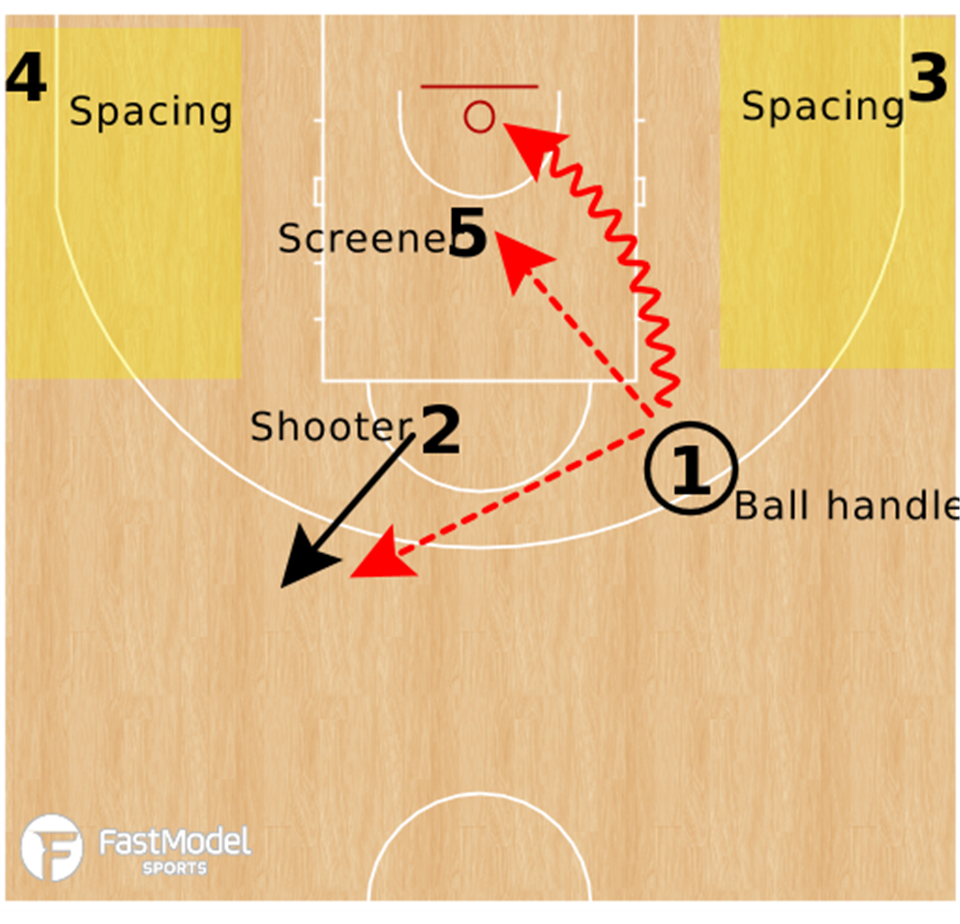 (Ball handler has a choice to find the open player)

The way most teams try to defend this, is by switching the shooter and the ball handler's defender - this is exactly what Nizhny decided to do in this next clip. Murcia countered the switch by Cate (#15) staying and re-screening the switch instead of rolling. This left Czerapowicz (#35) out of position and handed Booker (#31) enough space to pull up. Crafty stuff from Coach Juarez' team.

Nizhny had to be at their best to stay in the game. They did so by continually exploiting the same indecision in Murcia's help rotations. In the clip below, when their Baseline-Out-of-Bounds (BOB) broke down, Nizhny went to the same "Blind Pig" action in Chris Oliver's clip above. Murcia denied that too, so it became a pick-and-roll.  As Toropov (#21) rolled to the rim, Murcia helped from the "2-side" with Doyle (#35) at the bottom. This left Booker in a 2v1 disadvantage on the weak side.  Strebkov (#19) skips it and as Booker rotates to Perry (#55), the extra pass created a wide open 3-ball.

Having discovered a weakness, Nizhny was merciless in its exploitation of this "2-side" defensive decision making.  Clip 1 below, Soko (#0) helped on the short-roll but Kloof (#9) was preoccupied with Perry. This meant the nearest man was basically 6 meters from the shot. Astapkovich nailed that shot and cut the lead to 4 points. Clip 2, and Booker was the low man and helped on the roller (Popov #17). Strebkov realized that they had the weakside 2v1 again. Watch how he points for Perry to skip to Czerapowicz, enabling the extra pass to find him in the corner.

All those open shots in the corner created oceans of space in the paint. The next time down the floor, Nizhny wasted no time in calling out a spread pick-and-roll play. This time it looked like Murcia had attempted to adjust by sending Soko to help from the high-side instead of the bottom. But the indecision from Murcia was enough to give Popov an open lane to dunk it and give Nizhny a 1 point lead.

By this point, the game was reaching twitchy bum time. Murcia - needing a score - came out of the TO and drew up a staggered screen for Doyle. Cate set a moving screen, and for a second Doyle was wide open. Czerapowicz however, sniffed out the danger and stepped away from guarding the ball, and into the passing lane. Doyle's moment passed and Nizhny got the stop. That left Murcia with the decision to foul or go for the steal. Erroneously, they went for the former and Nizhny iced the game ....... or so they thought.

Finally, we come to that Elevators set. Everyone knows the Elevators play and when a team needs a three, it's fairly easy to predict - only it wasn't so easy to stop. The first question (that Coach Lukic also asked his team afterward) was why didn't they foul? A foul would have given Murcia 2 FT's and maintained their lead. The plan clearly was to foul, as Perry had been taken out of the lineup on 4 Fouls. And the thing is, they did foul. Watch the clip below, Czerapowicz clearly pulled Rojas as soon as the ball inbounded.

No whistle came and Rojas continued to make a vital cut across the lane. Think back qucikly to the play before... Nizhny left the ball to get in the passing lane and stop Doyle catching it. This time they couldn't do that because Rojas was also a threat going the other way (great misdirection from Coach Juarez). The other thing that happened was that Rudez' man helped on the misdirection screen for Rojas. This effectively left Rudez open to screen the top-side of the elevators. Brilliant play design from Javier Juarez and even better execution from his team.

Murcia and Booker in particular, eventually had too much for a foul stricken Nizhny in OT2, and despite some Perry heroics, the Spaniards took a well-deserved win. Before that, there was still time for one more play to catch my eye. Earlier in the season, and also in Group A, I wrote about Anwil Coach Milicic tweaking his lineup and drawing up a last-second play to get a switch.

Clearly, Coach Lukic and Nizhny were watching, as they drew up an almost complete carbon copy with 1.7 seconds on the clock. What's more, they forced the exact same mistake on the switch and very nearly won the game. Thin margins of error are quickly becoming a theme alert in this BCL season... 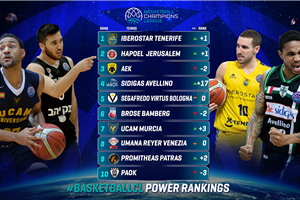 Power Rankings: Nobody as hot as Avellino; Strasbourg feeling cold 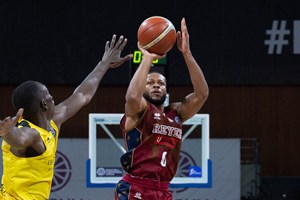