Ready for the next step

It feels like a decade has passed since AEK Athens (literally) lit the OAKA on fire, as they created history on their own 50th anniversary back in May. A long, hot summer later and we are ready to go again when the Basketball Champions League tips off again today.

Last season we saw an outstanding class of rookie American players start their careers in Europe. Thomas Walkup and Kendrick Ray in particular, far exceeded the normal impact expected for first year players and have both gone on to take huge next-steps in their careers.

In the first of a series of guest features, designed to "lift the lid" on the inner workings and shine the light on some of the supporting cast in and around the BCL, we have drafted in Sam Meyerkopf from nextstep-basketball.com.

Sam has been covering European basketball for about ten years and for the last five or so, has been working with Simon Jatsch to build a scouting service that seeks to find out information about players of all ages that currently ply their trade outside the NBA. Even though his travels take him throughout Europe, Sam's location in Boston puts him in a unique position to see many of the players in the NCAA system in person, and then partner that with the knowledge of the European basketball landscape to understand which clubs and situations could fit best. We discussed what makes a player able to transition smoothly and also the amount of unseen work that goes into the journey of a rookie coming over from the USA. Sam also went on to highlight who might be this year's Thomas Walkup or Kendrick Ray. 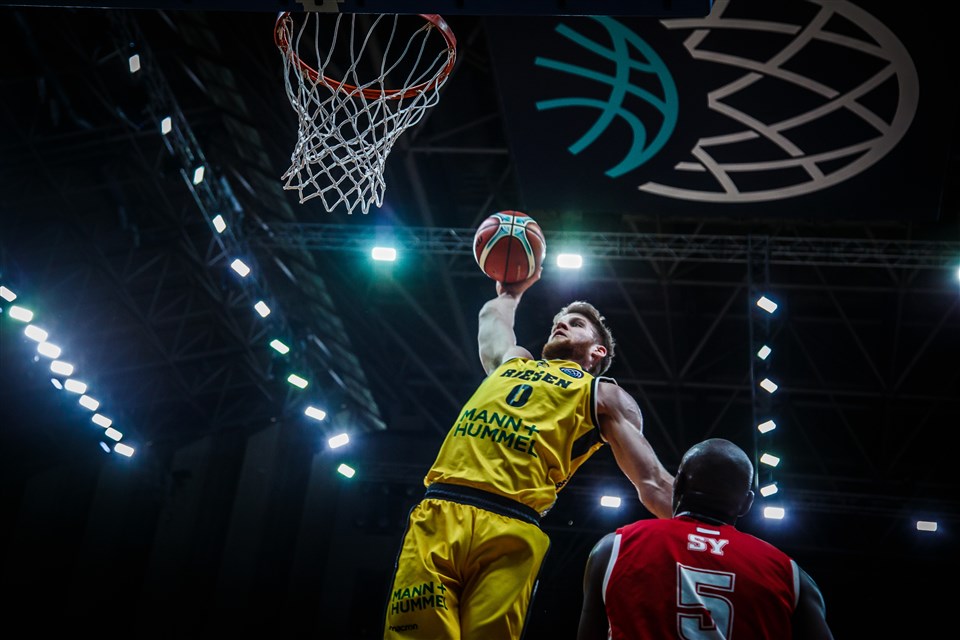 Thomas Walkup  throwing it down for MHP Riesen Ludwigsburg

By the time a player lands in Europe, how much will you know about them and how many times will you have seen them play in person?

SM: Some of these players I’ve been following (and sometimes loosely) since they were a freshman. Or even as high school kids. But the huge evaluation comes when they are Seniors, that’s the meat on the bone that most European teams are chewing. We rank between one hundred and two hundred seniors every year and I try to know something about all of them. But if we chop off the top twenty five because they are headed to the NBA or G League, I really focus on knowing the next one hundred or so. For those players, I’ll have also tried to watch at least three games between their junior and senior years. When you factor in going to games live, I may end up seeing a player between ten and twenty times.

Is your job only about what players do on court?

SM: Tons of research goes into the player off the court. At times that becomes some of our main responsibility at NXS. We are constantly scouring for crumbs of information throughout the season. We want to just canvass basketball people and find out as much info as we can. That way we are ready when a players name is brought up by a team. Then in the summer when a player is really a target, I’ll go back on those connections I’ve made and try to find out who the player really is as a person.

How about the typical characteristics of a successful US rookie?

SM: For a rookie in Europe it’s basically 3 things: Is he coachable/how hard does he practice? Can he take care of himself living on his own? and is he a jerk? Those that succeed are those that adapt. Now if you have unbelievable talent you will probably just make it because you are so good. But for everyone else, it comes down to character. How can you handle tough situations on and off the court? What’s your resolve?

Can we learn anything from the difference between a player like Walkup who thrived in his rookie season and a player like Gabe York who came with a bigger reputation but took a couple of bites at the cherry to deliver on that potential?

SM: Walkup is a funny case for us and it’s also trying to figure out if he is a trend or an outlier. Simon and I both loved Walkup in college. I was able to see him live in his junior year in the NCAA tournament and he was fantastic. Then again at the Portsmouth Invitational where he really stood out. Firstly, if he had just jumped to Europe straight out of college, he would have had a pretty big rookie contract and his play would not have been a surprise. Secondly, he played as basically an undersized PF in college and now he’s essentially a PG. When you also factor in his rough season in the G League, that's how he became underrated. What worked for him, was that he ended up in a perfect style of play at Ludwigsburg, and that was that.

With York, his rookie season messed him up. He got one of the biggest rookie contracts in Europe to play PG, and it was a disaster. He wasn’t worth the salary as a rookie and he’s not a PG, he’s a pure scorer. Because of that, he went to the D League and again, that's how he became underrated. York similar to Walkup found a great fit in Bayreuth. In Korner’s offense, York had a lot of freedom and could put up shots from anywhere, that’s how he thrived. He needed that freedom to have success in Europe.

Fit is so crucial as well as expectations for all these young guards in Europe.

So if we are considering talent, off-court character and fit, who are the first year players in the best situation to be successful this season?

SM: With rookies in Europe, often point guards in new structured systems take a while to adjust and bigs get gobbled up. So let's focus on three different style wings.

Doyle is not a rookie in pro basketball but a rookie to Europe. Last year he played in the D League for the Long Island Nets and halfway through the season got a 2-way contract with the Nets NBA team. After having success on his 2-way deal, Doyle looked to be either heading back to the Nets or making a jump to Europe’s biggest clubs. He's ended up with a good fit competing in the ACB and BCL every week.

Doyle doesn’t really have a position, in a good way. He is some sort of 2/1/3. A slender on-ball player with length to play as a wing and playmaking ability to fit in as a guard. He has the size, handle, playmaking, and slashing that really make him a unique modern guard/wing. ACB teams rely on players having pinpoint precision and Doyle will fit in well to a multi-playmaker offense. Doyle will spend time at PG and likely get moved all around on offense throughout the season. The vision is there, he really sees the game. Doyle is also a smooth athlete and has a very nice complimentary pull-up jump shot. Really the whole offensive package is there. He’s no slouch on defense either as his length can be a disruptive force. He’s not only one of the best ‘rookies’ in the BCL, but he’s also one of the best in Europe.

Tate is a true rookie, jumping from Ohio State to last year’s Belgian finalist Antwerp. This is Antwerp’s first season in the BCL and just making the competition is a huge step for the club. We’ve already got to see Tate’s beast-like ability in two rounds of qualifying games. What makes Tate unique are his physical abilities combined with developing skills. At Ohio St, Tate was often used as an undersized big, playing a lot of minutes at the 4, even being used at the 5, just waiting to be dished to.

Now in Antwerp, his role has expanded as Tate is being used as a combo forward with plenty of chances to attack off the bounce. He’s too powerful for 3’s and too elusive for 4’s. His strength and fluidity just stand out immediately on a Euro court. When he sees a small opening, he bursts right through it and once in motion it’s tough to stop an athlete of his caliber. He has some intriguing passing ability on his drives and his outside shot is becoming serviceable. Physically he has the potential to defend a varitey of spots. There’s certain to be growing pains playing in a new role in his first season in a good European competition. But he’s a physical specimen and Antwerp is the perfect development spot with their roster full of young players focused on improvement.

Along with Murcia, Ludwigsburg also made last year’s BCL Final Four. The club is always fine-tuning their roster and run a big rotation. Martin as a rookie will have his good and bad games. But the one thing he can really do is score. Coming off a career at Butler’s basketball factory, Martin is well schooled for a rookie. He’s a real stretch forward. As a grab and go 4, he loves to push the ball off a defensive rebound (this was something all of Ludwigsburg's frontline did last season). He’s got a unique frame, that allows him to create space for his shots. He lives to get shots off, whether it’s spot-up 3’s, in the lane jumpers, or pushing his way to the rim.

Ludwigsburg has a very flexible system, positions can change and even though Martin is a 4, he’s spent some time in the pre and early season as a stretch 5. The thing that he will have to keep up with as a rookie, is defense - which his team is known for. They play an all-out, full-court pressure style and Martin must find his role within that. As he gets more comfortable it’ll only enhance his scoring ability. He’s a bucket getter.

If you want to know more about any of the players listed or any of the first year players touching down on European soil, you can follow Sam and Simon on twitter @HoopLikeDrazen and @sJacas and check out their Rookie Encyclopedia on nextstep-basketball.com. 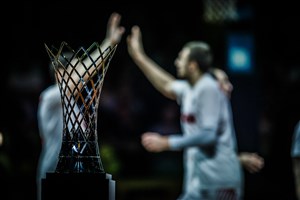 Everything you need to know before Tuesday's opening games 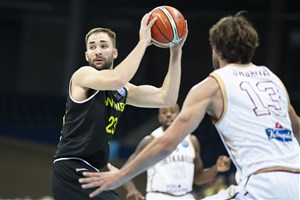