Nizhny Novgorod's Hummer thrilled to be back in BCL, make and see more history in Europe

NIZHNY NOVGOROD (Russia) - Ian Hummer is thrilled to be back in the Basketball Champions League. The American power forward feels right at home with Nizhny Novgorod and can’t wait to make more history in European basketball - not to mention experience more of it off the court as well.

The 28-year-old Hummer joined Nizhny Novgorod in January after being released from French side AS Monaco Basket. The sixth year pro says he turned down offers from some other good teams because he loved the way he would fit into Zoran Lukic’s system.

“It was very important to me to find a team and situation that best suited the kind of player I am and as well as played the kind of basketball I wanted to be a part of. Really wanting to find the right fit, I passed up on a number of good teams and in the end, finally decided to play for Nizhny Novgorod,” Hummer said. “The reason I picked Nizhny Novgorod was mainly because they played a brand of basketball that a lot of teams don’t; a pass-first style that is sometimes hard to find in Europe. From the coach’s philosophy to the quality of the players, I knew Nizhny Novgorod was by far my best option and while it has taken me a little while to find my rhythm with the team, I am so happy with my choice to come here.”

Yes, Ian Hummer was on 🔥 in OT! pic.twitter.com/gMEZjMbyRO

After needing a couple of games to find his spot in the system, the Vienna, Virginia native has excelled with his new team. He scored 22 points to go with 9 rebounds and 3 assists in Nizhny Novgorod’s final Basketball Champions League Regular Season game against MHP RIESEN Ludwigsburg. Hummer also tallied 22 points in the VTB league versus Lokomotiv Kuban Krasnodar and then picked up 12 points in a big win over Zenit St. Petersburg.

“I always been a player that plays best when I am constantly moving and this offense allows me to do just that. Not only do we have plays designed for specific players such as myself but we have a team that loves to pass and if it wasn’t for that, we wouldn’t be as successful as we have been,” Hummer said. “Now obviously Nizhny Novgorod brought me in because they believe I could help them win and while I have had some good games recently, I owe the team success and my own personal success to a great team mentality that all my teammates share.”

Back in Russia for a second stint after playing with Avtodor Saratov last season, Hummer is very appreciative of what basketball has given him over his life. 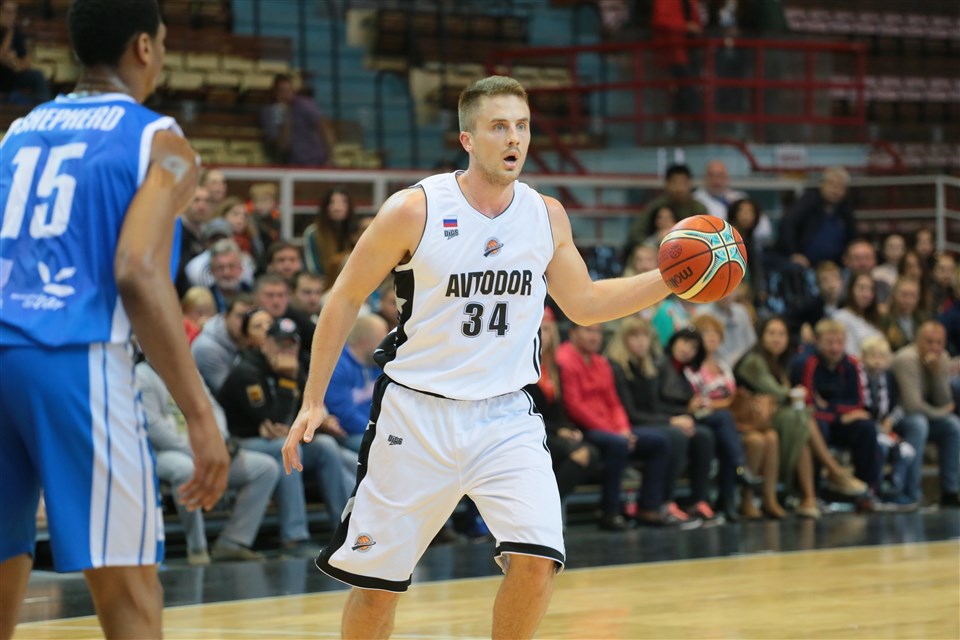 Prior to starting this season at Monaco, Hummer played last season with Avtodor following single campaigns with TED Kolejliler Ankara of Turkey, German side Goettingen, Nilan Bisons Loimaa of Finland and his professional debut with ratiopharm Ulm in Germany.

Over those years, Hummer has played in the Basketball Champions League, the EuroCup, the FIBA Europe Cup as well as the VTB United League. And he has taken every opportunity possible to experience the culture of the countries and cities he was visiting.

"Since I have been quite fortunate to play on teams who have played in multiple competitions, I’ve been given the luxury of being able to visit quite a few countries throughout Europe; countries I could never have imagined visiting before I became a pro,” Hummer said.

“As a result, I have become a lot more open to trying different kinds of food. Whatever country I travel to, I try to avoid your everyday restaurants like fast food joints and things like that. Instead, I like to search for more local establishments. Turkey might be my favorite country for food. I just can’t seem to get enough of their street food.”

Hummer clearly has some favorites among the continent’s famous cities.

“I am a huge fan of old Europe. From the old buildings to the narrow streets, cities like Prague, St. Petersburg, Tallinn and Istanbul are some of my favorites. Luckily, I have had the opportunity to play in and visit those cities multiple times,” he said.

While Hummer says he loves to fish and also enjoys playing video games, one of his bigger free time hobbies is also walking around and sightseeing.

Ian Hummer does it all for Monaco! Blocks a shot and immediately scores at the other end!@ASMonaco_Basket | #7DAYSMagicMoment pic.twitter.com/RWc3CBRAQo

“Being in Monaco was so nice because not only is Monaco incredibly beautiful but it is also very close to a number of beautiful spots such as Nice,” he said. “Even though it’s pretty rare that we get enough time to travel by ourselves, I try to take full advantage of the free time we actually do get.”

Hummer said his college education at the esteemed Ivy League institution Princeton played a major role in him learning to love Europe and its cultures.

“I think Princeton as a whole prepared me to have an open mind when it comes to different cultures; something that is incredibly important when you talk about Europe. Without an open mind, you will never have a full European experience,” he said.

Right up there on Hummer’s lists of things he enjoys doing is hearing his father Ed Hummer and uncle John Hummer tell stories about their days of playing basketball in the 1960s and 1970s - both of them playing at Princeton as well while John went on to play six years in the NBA.

“I absolutely love to hear stories of Princeton basketball and I have heard so many in my 28 years that picking just one or two is impossible,” Ian said. “However, when talking about Princeton basketball, its impossible to forget the legendary 1965 team that made it all the way to the Final Four. I have probably heard that story hundreds of times and each time I always hear something new.”

Ed Hummer helped Princeton to the NCAA Final Four in 1965, playing alongside the legendary Bill Bradley, who won two NBA titles with the New York Knicks in 1970 and 1973 and the EuroLeague in 1966 with Milano. And John Hummer played in the NBA for six years including playing for Bill Russell as coach as well as with the likes of Bob McAdoo, Jerry Sloan, Bob Love, Chet Walker, Spencer Haywood and Fred Brown.

“To say they have had a huge impact on my basketball career is a understatement. Basketball is the glue that make the relationships I have with my dad and uncle so special. It’s literally impossible to have a conversation with either one without mentioning basketball at least ten times and to be honest, I wouldn’t change it for the world,” said Hummer, who is a power forward while his father was more of a smaller forward and his uncle a center.

Hummer knows that nearly everything he is experiencing now is thanks to those two playing the game.

“Who knows if I would have even picked up a basketball had they not played themselves,” he said.

Now Hummer is concentrated on working his way up the ranks in Europe.

“I have tried to put myself on teams that give me the best chance to move up to the next level. While that may mean giving up some money in the short term, my plan has always been focused on the bigger picture,” he said.

The bigger picture now has Hummer back in Russia.

“I am very excited not just to be back in Russia but also the VTB League. I absolutely love this league and the quality of the competition it brings. To be honest, we practice so much and travel quite frequently that there hasn’t been much time to really explore my city yet but once the weather gets warmer, I look forward to really getting out and exploring the city of Nizhny Novgorod,” Hummer said.

Until the weather gets better, Hummer will try to get Nizhny Novgorod as deep in the Basketball Champions League as possible, starting with a tough Round of 16 showdown with Umana Reyer Venice.

“There is no question that the game against Venice is going to be a dog fight. They have great players and run a good offensive system which will be tough to defend,” he said. “However, just like our recent victory against Zenit, I think it will be our defense that really makes the difference. We have the defensive mindset that allows us to switch a lot of ball screens which can cause a lot of problems for opposing teams. While we have struggled sometimes on the offensive end, we can always rely on our defense to help keep us in games.”

And keep Hummer playing internationally to explore more of Europe. 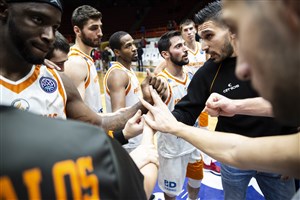 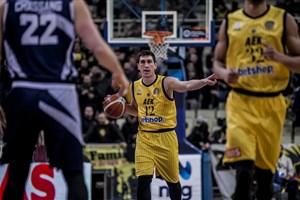