AVELLINO (Basketball Champions League) - Norris Cole wasn't able to blow out the candles on his birthday cake back home in Dayton, Ohio, on October 13 but he's been able to celebrate turning 30 in Italy, where he plays for Sidigas Avellino.

He's had the satisfaction of playing a starring role in a couple of overtime wins at the start of the Basketball Champions League season. The Italian club needed double overtime to win 100-93 at Nizhny Novgorod in Russia on Gameday 1 and this week, just one overtime to prevail at home over Anwil, 105-102.

Just as happened after the first triumph, when he was named the Gameday 1 MVP, Cole has again claimed the honor for Gameday 3.

"I'm happy we got the win, first," he said to the Basketball Champions League website, "and second it’s always nice to be recognized for working hard and playing well. But what I'm really thankful for is the win."

2nd #MVP of the week in only 3 #BasketballCL GameDays for @NorrisCole 🐺💚!

In both of those games, Cole's impact on the game was undeniable. His stat lines were off the charts. Against last season's Polish champions Anwil, he had an electrifying 33-point, 9-assist, 8-rebound night. He came up just short of the third-ever triple-double in the three-year history of the Basketball Champions League.

Kris Kramer pulled off the feat in Year 1 with EWE Baskets Oldenburg and Arnas Butkevicius did last season when he was playing for Neptunas Klaipeda.

The unbeaten start for Avellino in the Basketball Champions League? That surely confirms this is going to be a very good year for the club.

"We have to get better defensively and our communication on defense," Cole cautioned. "Offensively, we have a bunch of talent, a lot of guys that can put the ball in the basket, that can create mismatches for other teams, but defensively, if we’re going to accomplish our goals, we need to get to better."

Coming up next in the BCL will be the biggest test thus far for Cole and Avellino. They will square off against UCAM Murcia, another team that's 3-0 and one that competes in the rough, tough and very talented Spanish Liga Endesa.

In Basketball Champions League terms, Murcia have already earned a seat at the big table because they made it to the Final Four last year and many of those same players are still on the books of the team. Avellino have had some great moments but only in the Regular Season in their previous two experiences in the competition.

What of the need to go to overtime in two of Avellino's three wins? They could very easily be 1-2 and not 3-0. Cole doesn't look at it that way. He thinks it's a positive that extra time was needed to get those victories.

"It's good for us because we have a new group of players, and it (close games) will make us stronger," Cole said.

With Cole, Avellino have a dazzling player. They also have a player that can be a great example for young fans.

Cole did not go to a traditional NCAA powerhouse after high school but remained attended Cleveland State where in one season he became the Horizon League Player of the Year and Defensive Player of the Year. A couple of years ago, Cleveland State retired his No. 30 jersey. Cole then proved he could cut it in the NBA and won championships with the Miami Heat in 2012 and 2013. He is now one of the best players in Europe.

What is it that he tells youngsters that dream of becoming a pro like him?

"I tell them they have to be willing to work hard and sacrifice," he said. "It’s not easy, putting in the hours in the gym, lifting, conditioning work, being away from your family. Christmas, Thanksgiving, you’ll miss things. I just turned 30 and wasn’t home to celebrate."

Cole admits there are times when he misses his family and gets emotional.

"Sometimes," he said. "But I FaceTime. Sometimes during the season they fly and meet me. That part has been an adjustment but they support me from afar. They also watch my games (on internet)."

“I TELL THEM (YOUNGSTERS) THEY HAVE TO BE WILLING TO WORK HARD AND SACRIFICE. IT’S NOT EASY, PUTTING IN THE HOURS IN THE GYM, LIFTING, CONDITIONING WORK, BEING AWAY FROM YOUR FAMILY. CHRISTMAS, THANKSGIVING, YOU’LL MISS THINGS. I JUST TURNED 30 AND WASN’T HOME TO CELEBRATE.”- Cole

One person that has become very important to Cole this season is Avellino coach Nenad Vujinic. Cole didn't know him when Vujinic was at the helm of the New Zealand Tall Blacks, a side he coached into the Round of 16 at the last two FIBA Basketball World Cups.

"I like playing for coach," he said. "He allows us to play to our strengths, to express ourselves out on the court, but he also keeps it real, tells us the truth, let’s us know what we need to work on. We still have a lot of work to do and improve on."

Something else that has been working well for Cole is that he is happy off the court. He enjoys being in Avellino, and Italy.

"Coming here has been nice," he said. "The city, the team, the club has welcomed me. They have been very warm. They have helped my transition to be smooth.

"Italy, I had visited before. Coming here, I can experience everything, the food, the culture, the fashion. I enjoy experiencing new things." 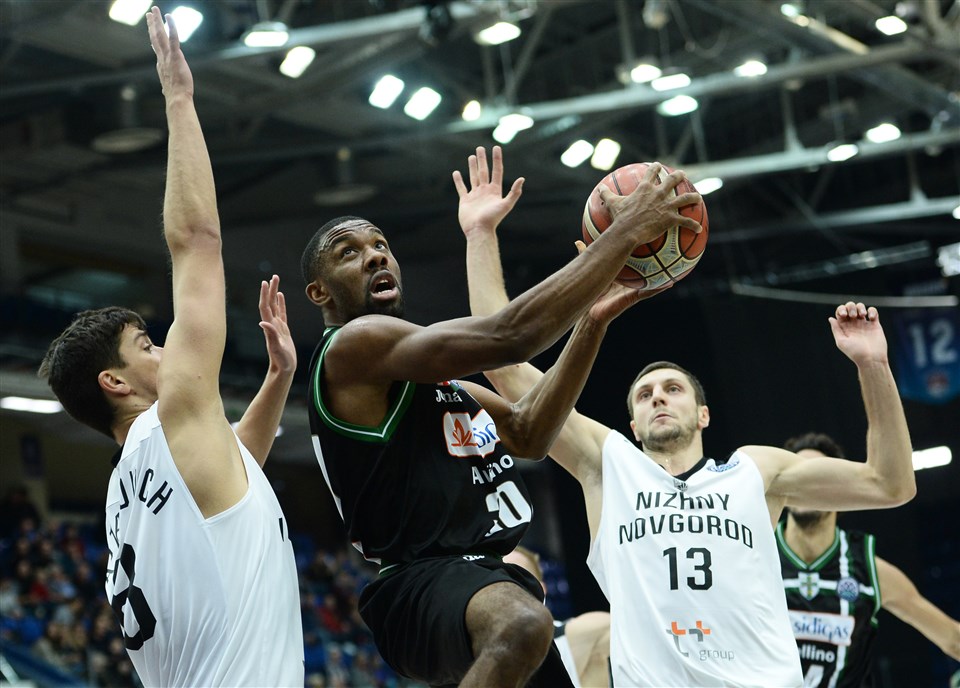 There are bigger cities and bigger clubs that Cole could aspire to play for. He was with Israeli giants Maccabi Tel Aviv last season. Tactics Board - True blue execution and the masters at work 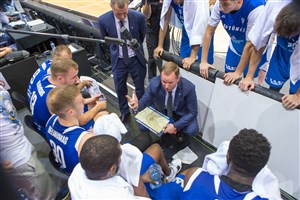