BANDIRMA (Turkey) - Sehmus Hazer needed to convince his parents to let him leave home at 16 years old to take the next step. But that move of 1,500 kilometers has left the touted shooting guard prospect in the right place at the right time with Banvit in the Basketball Champions League.

Hazer, who turned 20 years old on February 15, has already shown that he can take on a solid role with Banvit as he is averaging 8.6 points, 2.6 rebounds, 1.3 assists and 0.9 steals in nine BCL games this season as well as 5.5 points, 2.0 rebounds and 0.9 assists in the Turkish  BSL. And this is actually the 6ft 3in (1.90m) guard’s second season playing in the Basketball Champions League after picking up 4.2 points and 1.3 rebounds in 10.5 minutes last season for the team that reached the Quarter-Finals.

“Playing at a young age in Europe is really impressive. That was a dream, and I did this. I'm pretty happy. But that's not enough. I have to go further,” Hazer said.

Learning from Rautins, Taylor and Vidmar

The young talent really benefited from his time with Banvit’s top team last season, playing alongside the likes of Andrew Rautins, Tony Taylor and Gasper Vidmar.

“I learned a lot of things both on the court and off the court from them,” he admitted. 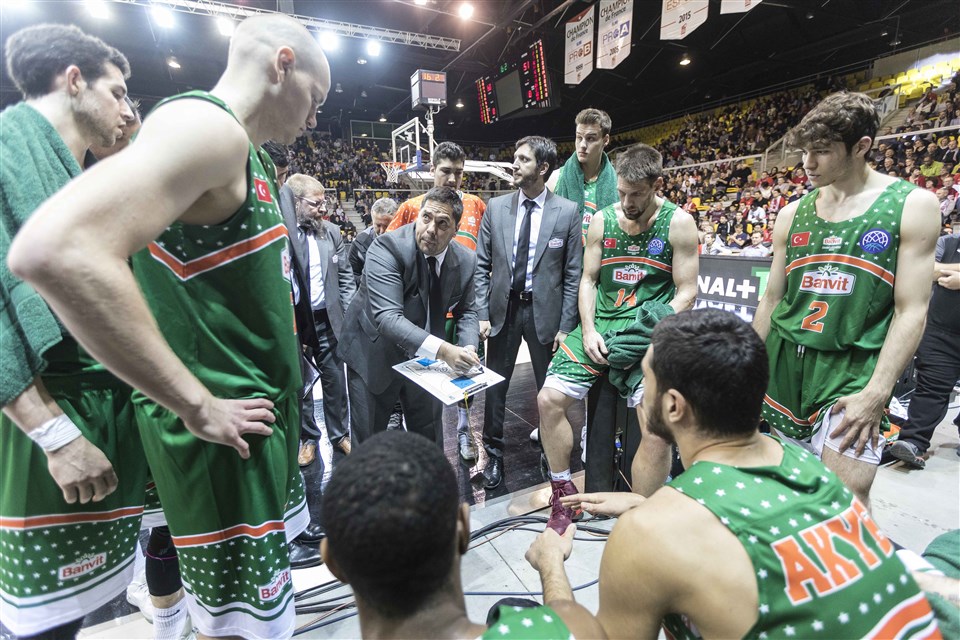 Those veterans not only helped Hazer but also the other young players on the team - just like last season’s head coach Saso Filipovski.

“It was so nice to work with Saso. He took special care of us at each training session. This contributed to us and helped us improve,” Hazer said.

Banvit have become synonymous with helping young players improve, something that attracts players to Bandirma, a city of about 143,000 people located on the Sea of Marmara in northwestern Turkey.

Bandirma is also about 1,500 kilometers from Batman, where Hazer was born and raised with a brother and sister. Hazer started playing football as a youngster.

“Then my friends who had an interest in basketball invited me to join them and play basketball games with them. Those were first steps on the basketball courts.”

Growing up, Hazer could be found watching Panathinaikos games and the Greece national team as he became a big fan of Dimitris Diamantidis.

“My idol is Diamantidis. I still enjoy watching the games from his career,” said Hazer, whose last club in Batman was at Petrolspor before his move to Banvit.

That big journey across Turkey actually did not happen right away, as Hazer’s family was against sending him out of the house.

“The family did not let me go to Bandirma at first. But then they realized that it is the best option for me to go there,” Hazer explained.

The move was not a difficult one for him, though.

“It was not so hard because I have a dream for myself,” Hazer said. “And the city of Bandirma is not such a big city when we think about the rest of the cities in Turkey. So the reason behind why I choose Banvit was that I can improve myself very quickly.”

Gürgen at the helm of top team

The off-season move of Filipovski to Monaco saw Banvit then decide to promote Ahmet Gürgen from long-time youth coach to the head coach spot. And Hazer knew Gürgen from his time playing for him with the club’s youth team.

“He gives importance to the development of young players,” Hazer said. 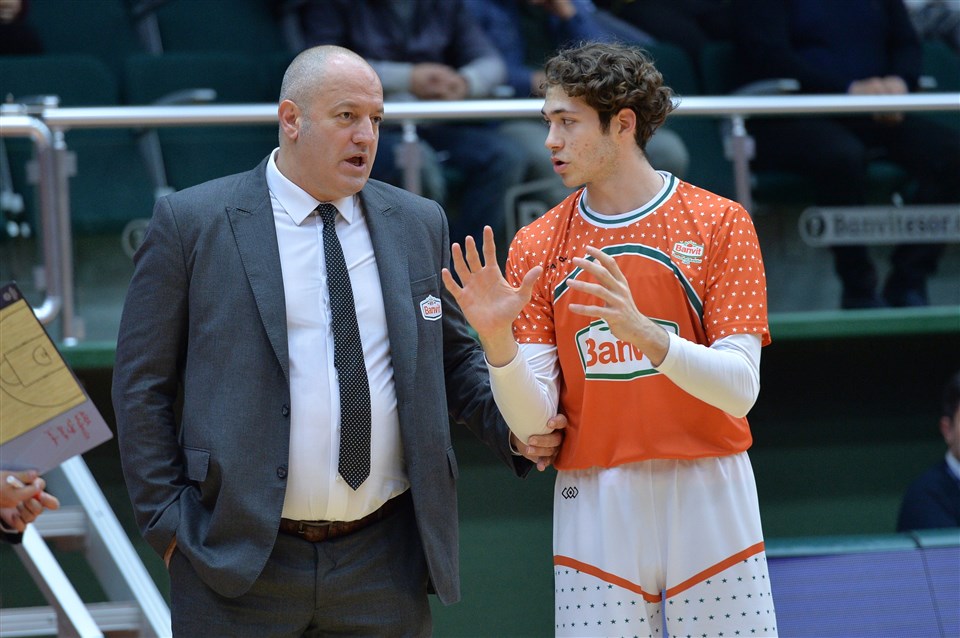 The team’s struggles in the Turkish Super League resulted in management removing Gürgen as head coach but keeping him in the club and replacing him with Hakan Demir.

“Since we were a fairly new and young team, Coach Gürgen always told us to fight. Now we have a new coach, but he also tells the young players to fight,” Hazer said. “I can say I am at the right place and the right time.”

Happy to be on Atar’s team

This is Hazer’s second season playing with Banvit’s main team. He averaged 4.0 points, 0.7 rebounds and 0.5 assists in 22 Turkish league games last season and 14.1 points, 3.6 rebounds, 2.3 assists and 1.8 steals in the TBL Turkish second league.. But Hazer has not only been going through all these experiences with adult teammates. Ragip Atar has been right there the whole time.

Ragip Berke Atar had a stellar performance in BCL win of Banvit against Le Mans. He had 10 points and 5 boards in 15 minutes, utilizing his talents in P&R and low post. pic.twitter.com/HO39EwDsoo

The 19-year-old center prospect from Izmir moved to Bandirma in 2015 as well to join Banvit. And Atar and Hazer have developed a close bond over the past three years.

“We’re quite close friends. We hang out together outside of training,” said Hazer, who admitted he’s happy that he doesn’t have to face Atar.

“He is a pretty good player at his age. We're lucky he is on our team because I don't want to see him as a rival,” Hazer said. 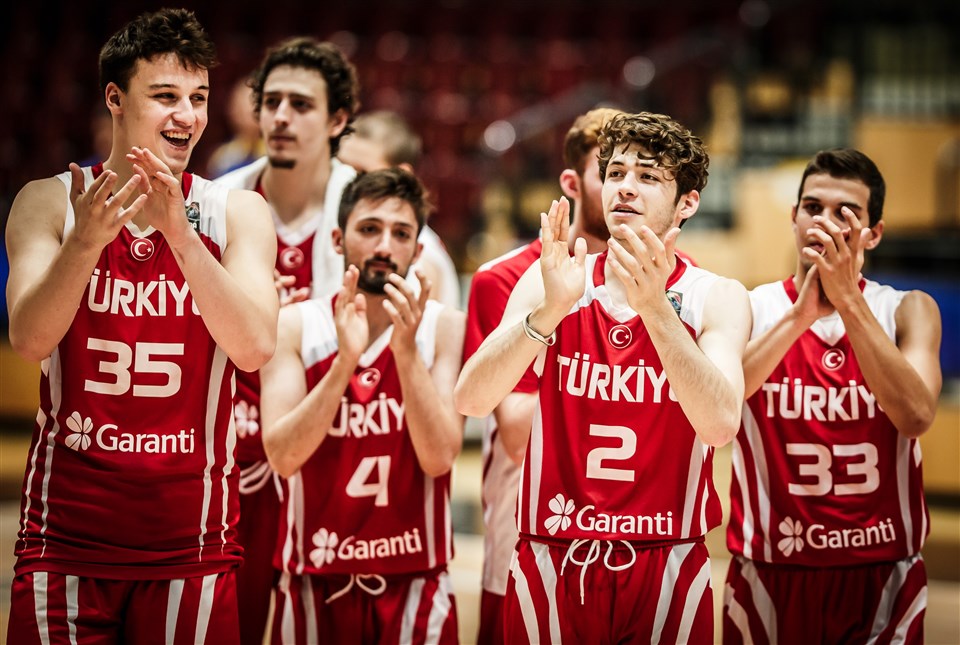 Ragip Atar (No.35) and Sehmus Hazer (No. 2) played together last summer at the FIBA U20 European Championship 2018

That event in Slovakia, where Turkey finished fourth, was almost like a Banvit reunion as the team included Hazer, Atar and their club teammates Eray Akyuz, Erkin Senel and Alperen Demir.

“To play with them at the national team always gives me happiness,” Hazer said.

Last summer’s U20 tournament in Germany saw Atar lead the team in scoring (15.1 ppg) and rebounding (6.7 rpg) while Hazer improved over the course of the tournament and averaged 10.7 points, 2.4 rebounds, 1.4 assists and 1.3 steals for a Turkey team that finished fifth.

“I think we had a good performance - both individually and as a team. We could have finished higher, but we did not have enough experience. But we were really good as a team,” Hazer said. “Our experience increased from the first day to the last day and as we played the matches we gained more confidence in ourselves.”

“Wonderful feeling” to be getting attention

Thanks to his performances for both Banvit and Turkey, Hazer’s name is becoming more of a household one among talent observers - something that also brings with it additional coverage. And Hazer, who said he is working on being more patient and effective in the pick and roll, really enjoys the attention.

“It’s a wonderful feeling,” he admitted.

Hazer also said he appreciates being considered someone youngsters in Turkey is looking up to.

Hazer had a strong first couple months of the season, picking up at least 11 points in four BCL games and three BSL contests before the end of December. But Banvit's coaching staff decided to have Hazer sit out a number of games and he only returned to the court this past weekend in Banvit's Turkish league game against Tofas Bursa with 1 rebound in six minutes in his first game since January 12. Hazer's last BCL appearance came on January 9 against Ventspils in which he played 2 minutes.

Banvit confirmed that Hazer was not injured in fact he even appeared in the Turkish All-Star Game in late January. But now that the youngster is back on the court, he will be extra motivated to get back to where he was in December.

Still alive for a return to the Quarter-Finals

Banvit are still alive for the Basketball Champions League Quarter-Finals as they lost the Round of 16 first leg game at Brose Bamberg by just 81-79. And Banvit still have chances of reaching the Turkish Super League playoffs after their slow start to the season.

“Our goal as a team is to always finish among the top - both in our own league and in Europe. We have done this every year. I don't see a reason not to succeed this year,” said Hazer.

And Hazer is in the right place at the right time to be part of that success. 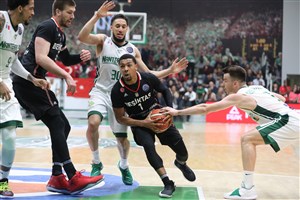 Who will qualify for the Quarter-Finals? What you need to know before Tuesday's games 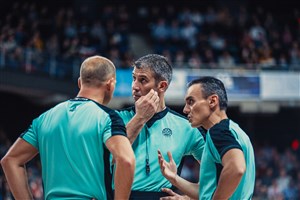