MIES (Switzerland) - To end 2018, we put our heads together and lined up our experts for one final discussion of the year. We have narrowed our search to five names in the running for the MVP of the season.

The fab five of the Basketball Champions League have taken their picks. Igor Curkovic (@IgorCurkovic) is the man behind the Live Blog, Power Rankings and the Help-Side Column; Diccon Lloyd-Smeath (@DLScoaching) is the tactical mastermind and the author of the Insider column; Jeff Taylor (@JeffreyNTaylor) is the voice of international basketball with LiveBasketball.tv; and Austin Green (@LosCrossovers) and David Hein (@heinnews) run the Coast to Coast Podcast.

Without further ado, here's how they voted in the battle for the MVP of the Basketball Champions League season:

When you dominate the scoring charts once, it can be a lucky coincidence. When you've done it twice, then people should take notice. And when you have done it three times, in three completely different systems, then your name is probably Kevin Punter. I've had my doubts when he was at Rosa Radom in Poland, thinking he's one of those guys who put up crazy numbers, but their teams always lose. He proved me wrong with his mid-season transfer to AEK, winning the Basketball Champions League with the Queen, being arguably the leader of the 2017-18 AEK squad. 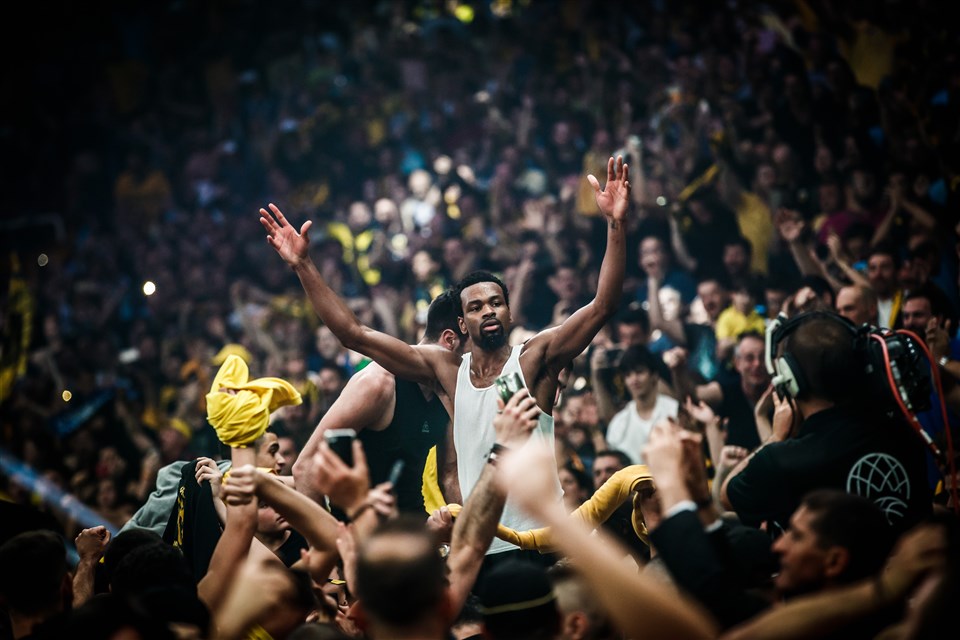 We all had high hopes for him once the move to Virtus Bologna was announced, and being a fan of both Punter and Italian basketball, I feel like this was a match made in heaven. Punter has been in double figures in all nine games for the Black V this season, and he has been in double digits in 19 of the 20 games he played last season. Plus two more games in the Qualifying Rounds.

Punter is just a murderer out there. He's getting 16.9 points in just 25.7 minutes of work, shooting above .500 from the field and a wild 47.9 percent from deep, ON MORE THAN FIVE TRIES PER GAME! I love you, KP. And you are my best bet that the MVP will be a guy who won the League last season with AEK, has five letters in his name and a last name which ends in -unter. Oh, wait a minute...

For me, Vince Hunter is the clear MVP at this point. He has been absolutely critical for AEK, propelling them to an 8-1 record with his great energy and ability to finish around the rim. He's the only Basketball Champions League player who ranks in the top five in points per game (17.6) and rebounds per game (7.8). Beyond the numbers, he brings a contagious passion and energy to AEK that can't be quantified.

He's constantly flying around, hitting the floor and putting his body on the line for the good of his team. The defending champions also rely on Hunter more than other teams rely on their stars. In their Gameday 8 win over fellow Final Four contender Hapoel Bank Yahav Jerusalem, Hunter had a plus/minus of +26 in 34 minutes on court. In the six minutes he rested, AEK were outscored by 13.

Last week's #BasketballCL MVP still in his 🎒! @Iamvh32 dropping 24 on Fuenlabrada including these 5 🅱ig Dunks!

Simply put, AEK need Hunter to play like the most valuable player, and thus far - he has delivered!

Hapoel Bank Yahav Jerusalem are one of the leading candidates to claim the 2018-19 Basketball Champions League title, and one of the biggest reasons for that has been the veteran leadership of James Feldeine.

The 30-year-old guard is tied for second in the Basketball Champions League in scoring through nine games with 17.6 points per game for the 7-2 Jerusalem team - one of five in the league with two or fewer losses. Sure, Jerusalem are stacked with weapons, but Feldeine is much more than just a shooter - his caliber of which was on display in the home win over CEZ Nymburk as he nailed 9-of-12 three-pointers for 35 points - tying him for the top single game output of the season and also earning him the MVP of Gameday 5.

💦 @KingJF4 pledged the Splash Brotherhood, drilling 9 3-pointers on his way to a season-high 35PTS! #BasketballCL

Feldeine is shooting 42 percent from three-point range for the season and 80 percent from the free throw line. But he has also helped Tamir Blatt come into his own at the point guard spot. In addition to giving Blatt an option to pass to, Feldeine has also taken some of the playmaking duties, averaging 4.0 assists while turning it over just 1.3 times for an excellent assist-to-turnover ratio of 3.1. He has also added 2.9 rebounds and 0.7 steals for an efficiency of 14.6 - ranked second on the team.

On top of that, Feldeine is no stranger to the big stage, having played for Greek giants Panathinaikos and Serbian powerhouse Crvena Zvezda the past three years - two clubs with high expectations, amazing fan bases and massive pressure.

Okay, I know what you’re thinking. How could a player on a 4-5 team be leading the MVP race? Let's just say that without Grant, Neptunas would be 0-9. And really, Neptunas, who are just a win a way from being in the top four of Group D, would be in the Play-Off positions had they not lost 91-89 at Filou Oostende on Gameday 3, or fallen 83-82 at home to Promitheas Patras on November 13.

Grant certainly could not have done much more in that second game. He had 18 points, 16 rebounds and 5 assists. A 29-year-old power forward, Mr Consistency has scored at least 13 points in all but one of his team's games and ranks second in the Basketball Champions League in double-doubles (points and rebounds, with four).

He is averaging 16.4ppg and 9.6rpg while shooting 64 percent (64-of-100), a mark that is second best in the Basketball Champions League. His 64 made field goals are No. 1 in the League, five more than Vince Hunter (who is a very close second for me in the MVP race). Oh, in terms of efficiency, Grant is a competition best in that category as well. His efficiency per game average is 23.3!

And there is also the blend of flair and power, and the silky smooth way he goes about his business.

When Tyrese Rice came back to Europe from a season in the CBA with Shenzhen, there were some that questioned the level he’d be able to play at. Bamberg Head Coach Ainars Bagatskis was not one of those people. Coach Bagatskis told us to expect “Crazy big things” from Tyrese Rice and he wasn’t wrong. Almost every week we have seen a different array of step back jumpers, no-look assists, deep threes and crazy finishes at the rim.

Bamberg currently sit at 6-3 in Group C which may not jump off the page, but there are things that must be considered; firstly, they are one crazy Pako Cruz buzzer beater away from being 7-2 (which would match many people’s title favourites Hapoel Jerusalem). Secondly, they are in Group C which is absolutely stacked and thirdly, due to a combination of injury-hit rosters and a new coach with a new team, they are still yet to fully hit their stride. The fact that they have been winning games without a fully healthy roster and without completely finding their rhythm has been heavily influenced by Tyrese Rice. Rice leads Bamberg in points and assists at 16.2 PPG and 4.9 APG respectively and is shooting a European career best from deep at 41.7 %. Augustine Rubit has been huge on both ends for the Germans as well, but every time Bamberg need to find a way to win, they have looked to Rice for inspiration. On every occasion, Rice has stood up to be counted and taken the big shots.

When Rice has the ball in his hands, with the game on the line, the veteran finisher gets a very familiar look in his eye. For Bamberg’s opponents, the sense of an inevitable outcome is probably a similar feeling. Big players take - and make - big shots. As the season progresses, the shots get bigger. We are just over halfway through the Regular Season and about to find out what these teams are really made of.  A fully healthy Bamberg, with three wins on the bounce, look as well set as any team to accelerate down the hill into the Play-Offs. They will need Rice to be at his best and continue guiding them in the clutch. There are some outstanding MVP candidates in this year’s competitions but of all of them, Tyrese Rice has the strongest track record for delivering as a team leader - and winning MVP awards in the process. 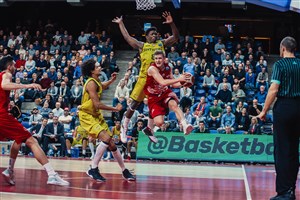 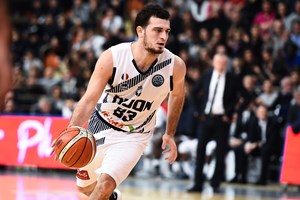