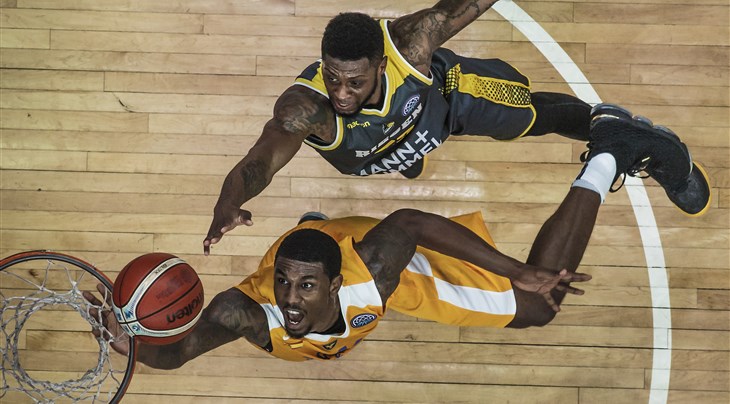 Turning point: First minute of the game. UCAM Murcia scored a basket after the tip-off, then forced two straight turnovers in MHP Riesen Ludwigsburg's half, storming to a 6-point lead and staying in front all game long. Murcia led from start to finish, biggest lead was by 12, and even though Ludwigsburg had a decent second half, they never made it a one-possession game.

Game hero: Sadiel Rojas. The Warrior, the heart and soul of UCAM Murcia, scored two straight three-pointers to start the game, one more to seal the deal late in Q4. Once again, Rojas made his presence felt on the offensive glass - 5 of his 9 rebounds were under Ludwigsburg's rim. He also scored a team-high 18 points.

Stats don't lie: It was not a fair fight under the rims. As if UCAM Murcia's well documented offensive rebounding was not enough, MHP Riesen were without their top two centers in Johannes Thiemann and Justin Sears. Murcia won the rebounding battle 46-28, resulting in a 16-4 edge in second chance points.

Game notes: For the first time this season, UCAM Murcia were not playing in red. They went all-yellow for the last game of the Basketball Champions League term. Ovie Soko collected a 15-point, 10-rebound double-double. Kerron Johnson had 17 points and 9 assists with 0 turnovers for Ludwigsburg. Clevin Hannah had 10 points, 8 assists, but also 6 turnovers for UCAM Murcia.

They said: "I have a big character. You either love me or hate me. Even a lot of my teammates love me and hate me at the same time. And last time, I had a bit of an off-game, tried to motivate them in the hotel and in our free time, and they were all with me. Coach said, "It's up to you to go and win this," and that's what we did. Me and Kevin Tumba, our job is to get the defensive rebounds, that's how we started the game and teammates followed us, everybody did what they do, and we came out with a victory." - Sadiel Rojas, UCAM Murcia

"In the end, Murcia was a little bit more clever, but also hit all the important shots." - John Patrick, MHP Riesen Ludwigsburg head coach, repeated once more how tough the schedule was for MHP, as they played three games in five days before arriving to Athens for the Final Four 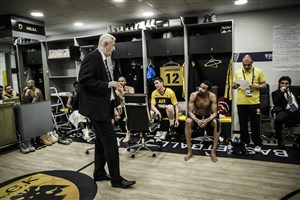 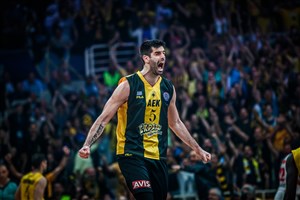