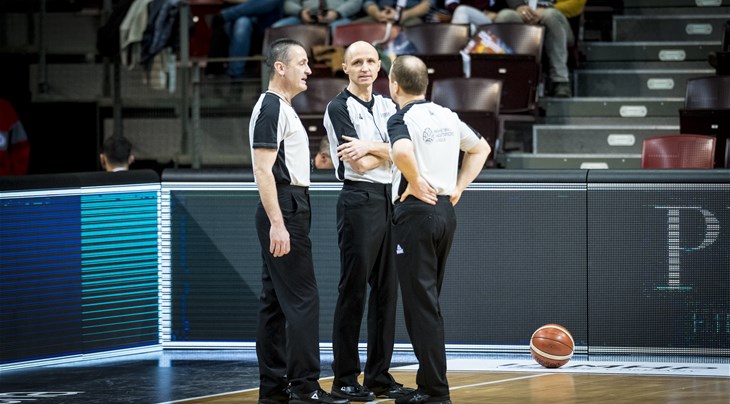 Bluee 33 dribbles the ball in transition and defensive player Red 27 runs behind him, causing a contact to dribbler’s left foot resulting in that Blue 33 lost his balance. The contact of Red 27 is accidental, but still illegal and a normal foul should be called, not an Unsportsmanlike Foul.
Outcome: Incorrect decision by referees

Yellow 17 dribbles the ball on baseline towards the basket and defensive player Black 17 fouled him, what is called. This situation results a throw-in for Yellow team on end-line. But after the foul is called, Yellow 17 throws the ball at Black 17 and this is an unsportsmanlike action and a Technical foul should be called on Yellow 17. The Yellow team loses his right for the throw-in and Black team should be awarded one free throw, and possession of the ball at the mid court line extended.
Outcome: Correct decision by referees

White 2 dribbles to the basket and defensive player Black 32 hits the ball, and a foul is called on him by center referee. In the replay from the endline, it is evident that the contact by Black 32 is all ball and actually center referee has no angle to see the contact because he is straight-lined with White 2’s back.
Outcome: Incorrect decision by referees

Black 5 dribbles the ball on the top of key and passes it to his teammate under the basket. After the pass, there is a clear contact (crash) between Black 5 and White 14. From the replay, it is evident that White 14 is moving laterally creating an illegal contact by his body and a blocking foul should be called on White 14.
Outcome: Incorrect decision by referees

Yellow 9 fakes under the basket and Black 21 jumps in the air. When landing, Black 21 creates a hard contact hitting the Yellow 9 in his face. This is a hard and excessive contact, even playing the ball, and an Unsportsmanlike Foul should be called.
Outcome: Correct decision by referees 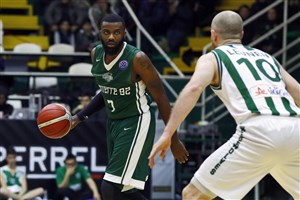 CEZ Nymburk - Under the radar 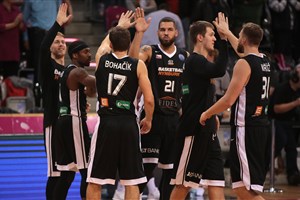