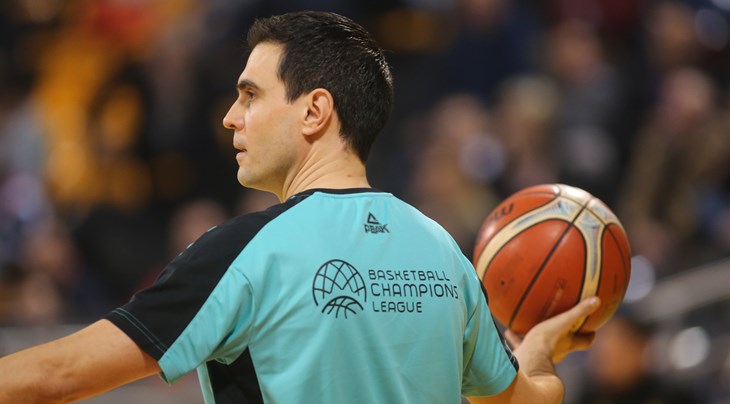 Grey team has a throw-in in the front court. Before the throw-in is released, Yellow 5 goes very close to Grey 9 who is moving forward with normal steps. There is a marginal contact by both players, but Yellow 5 simulates that he has been fouled and makes theatrical exaggerated movements in order to create an opinion of being fouled and referee calls an offensive foul on Grey 9. This should be ruled as a “fake being fouled” action and a warning given to Yellow 5 and to the Yellow team. If a second “fake being fouled” action is called for the same team, then it will result a Technical Foul on the respective player.

Blue 8 makes a perimeter shot for a 3-point attempt. Black 6 moves his right foot under the landing spot of Blue 8, creating a clear illegal contact and a defensive foul should be called, and 3 free throws awarded to Blue 8.

Grey 23 drives to the basket at the end of the shot clock period. Before the ball is released by Grey 23, the yellow shot clock led light (top of the boards) indicates that the shot clock period has ended. This is a shot clock violation and no basket should be counted. (Note: The Instant Replay System cannot be used in the situation showed in the video, because it took place on the second period and not in the last 2 minutes of the game.)

Black 14 dribbles towards the basket and is defended by Yellow 9. Dribbler grabs the left leg of defender, avoiding him to make any legal defense (this is visible in the replay). This is an illegal action by Black 14 and an offensive foul should be called on the dribbler.

Yellow team is in transition and ball is passed to Yellow 0, who starts dribbling what is followed by foul on Black 1. A player who catches the ball while he is progressing shall release the ball to start his dribble before his second step. The first step occurs when one foot or both feet touch the floor after gaining control of the ball. The second step occurs after the first step, when the other foot touches the floor or both feet touch the floor simultaneously. Yellow 0 first step is on his right foot and he has released the ball before his second step (left foot). Therefore, the dribbling action in the video is legal. The clear illegal contact created by Black 1 is an unnecessary contact caused by the defensive player in order to stop the progress of the offensive team in transition and should be called as an Unsportsmanlike Foul.

Purple 0 makes a perimeter shot for a 3-point attempt. White 13 jumps forward to block the shot, but lands on the shooter, who is still in the air, creating an illegal contact and a defensive foul should be called and 3 free throws awarded to Purple 0. 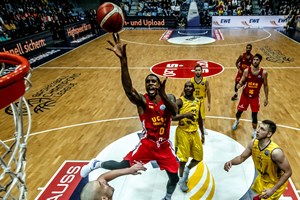 Power Rankings: Bayreuth and Karsiyaka back to the Top 10, Zielona Gora en route to Round of 16 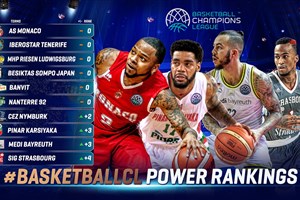