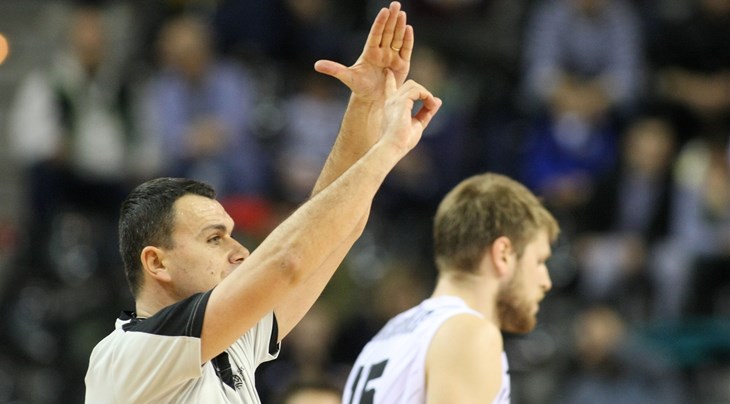 After the rebound, White 18 has the ball and Red 8 initiates the defensive action, which is legal. However, White 18 moves the elbows laterally creating a contact on the head of Red 8. This is not a basketball movement, and a hard excessive contact and unsportsmanlike foul should be called on White 18.

After the rebound, White 18 has the ball and is ready to make a shot under the basket. Defensive player Red 9, who is behind White 18, grabs the shooter with both hands over the shoulders, creating an illegal contact (visible in the re-play). The action is not a legitimate attempt to play the ball and at the same time a hard excessive contact and an unsportsmanlike foul should be called on Red 9.

Grey 00 moves to the basket and is contacted by White 21 and, after that, makes a bank shot. During the shot, the ball touches first the backboard and, after that, White 23 touches the ball. A goaltending violation occurs during a shot for a field goal when a player touches the ball while it is completely above the level of the ring and after it has touched the backboard, and a violation should be called. The contact by White 21 is illegal as he is moving forward creating a contact with his hip and knee on the shooter and a defensive foul should be called.

Red 2 drives to the basket. When he gathers the ball, he has the left foot on the floor and the next foot touching the floor is again the left (the rhythm is left-left-right). A player may not touch the floor consecutively with the same foot or both feet after ending his dribble or gaining control of the ball, and a travel violation should be called. 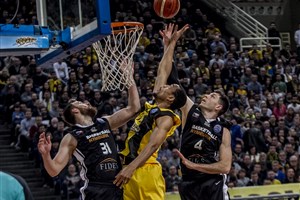 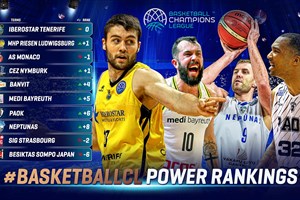