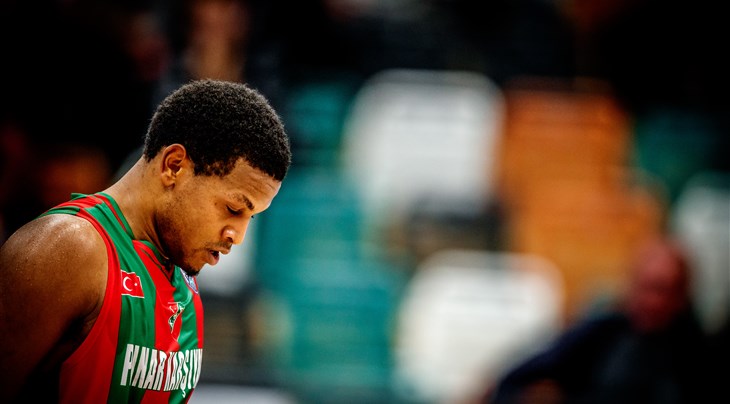 LONDON (Diccon Lloyd-Smeath's Champions League Insider) – 50% from the field, 40% from 3-point land and 90% from the FT Line – the holy grail of shooting numbers for a season. Only seven players have ever achieved this feat over the course of a full NBA season and only one man completed the set in the Basketball Champions League last season.

That man was Dusan Sakota, this years' Gameday 14, breaker of hearts and father of drama, as his deep three with the clock winding down, landed the dagger blow that sent AEK through to the Play-Offs. The caveat for Sakota’s 50-40-90 feat last season, is that whilst impressive, the 2.08m (6’10”) veteran achieved those numbers in his sixteen Basketball Champions League games only. His total shooting figures for the season across all competitions, were just below the mark. Shooting 50-40-90 is impressive over any number of games. However, to get a better picture of the level of achievement when comparing different players' statistical profiles, it makes sense to consider their numbers across all competitions,

This season three players have finished the Basketball Champions League Regular Season in the 50-40-90 club. Martin Peterka of CEZ Nymburk, Vassillis Xanthopoulos, also of AEK and Dominic Waters of Pinar Karsiyaka. All three players are on a team that has reached the Play-Offs but only one has 50-40-90 numbers across all competitions at this point – Dominic Waters.

At just 23, the 2.03m (6'6") Czech is a rising star. Whilst his role for CEZ Nymburk sees Peterka come off the bench with limited minutes and shot attempts, it would be hard to argue that he isn't making the most of his opportunities. In nine Basketball Champions League games this season, Peterka played 15 MPG and shot 58% from the field, 48% from behind the arc and 100% from the FT line. Across all competitions those numbers read 57-44-81 in 29 games. There is however, still time in the Czech NBL season, for Peterka to top those FT numbers up. It’s also worth mentioning that this isn’t the first European competition where Peterka has recorded a 50-40-90. In 2015/16, in eleven FIBA Europe Cup games, he shot 58-50-100. Again, that season it was only 75% FT shooting, that prevented the young Czech star from hitting the mark across all competitions.

Watching Martin Peterka play, it’s abundantly clear that he knows exactly who he is on a basketball court. Peterka is a finisher. Crafty cuts and slides off-ball when Nymburk's guards get in the lane, pick-and-pop or floor spacing and quick-release bombs from deep are the name of the game. 3.4 total FGA in limited minutes is low volume but Peterka is an efficient killer with every touch he gets.

The veteran PG is also playing limited minutes, whilst providing invaluable playmaking and shooting from the bench for AEK. In 18.6 MPG, Xanthopoulos is putting up 61% from the field, 44% from 3-point land and 92% from the FT line. Taken in isolation, these are massive, career-high numbers and it would take a mammoth effort to bump Xanthopoulos’ numbers up to 50-40-90 across all competitions. None-the-less, AEK have found rhythm at the business end of the season and he’s looking very comfortable in his role. We can almost certainly expect to see the number of AEK players in the Basketball Champions League 50-40-90 club, double by the time the Play-Offs finish.

"Travel, I've had my share, man. I've been everywhere". So says Johnny Cash at least.

"I’ve been everywhere", is also a claim that Dominic Waters could make. As with many import players in Europe, by the time they reach their peak, they have seen multiple clubs, often in multiple different countries. Waters has seen high level Basketball in Israel, Germany, Slovenia, Spain, Greece, Italy and now in Turkey. At each stop, Waters has put up impressive shooting numbers but never finished the season at 50-40-90. 2016/17 in Olympiacos, was the closest he'd come, until now. Finally, it seems this season will be the one for the American Guard. Across all competitions Waters has played 31 games and is shooting 51-46-93 in 28 MPG (!!!) including 51-51-95 in the Basketball Champions League.

51% from distance on 3.2 attempts, ranks Waters amongst the Champions League’s elite shooters and is an impressive feat on its' own.

When you watch the film, you quickly realise you are watching one of the best pick-and-roll playmakers that we have seen in the Basketball Champions League. If defenders cheat under, he's shooting or re-screening until they are forced to chase him over. Once Waters is face-to-face with a big, he has a range of floaters and pull-up finishes to torture them with and 7.1 AST tells you that once he’s in the lane and drawing help, he's finding the open man, at a high rate. Waters is also able to create his own shot and possesses the knack for drawing and-1 trips to the line. Put it all together and 15.8 PPG and 7.1 AST, with this kind of elite efficiency, would certainly have challenged Jordan Theodore for last seasons' MVP award.

Whilst Waters can certainly count himself unlucky to have two other MVP calibre players on his squad, potentially taking away some of the MVP attention, he will certainly be grateful to have them for the Play-Offs run. Teams often shorten their rotations for the knockouts and that will certainly suit Pinar Karsiyaka, especially if Waters continues his current form.

It may be unlikely that all three men finish their respective seasons in the 50-40-90 club but it it’s certainly something to watch for and to finish the Regular Season with three players in the club, is already remarkable. 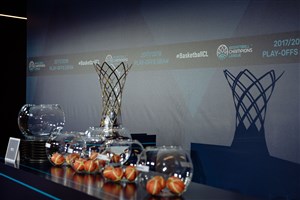 Doreth fired up for big games with medi Bayreuth and Germany 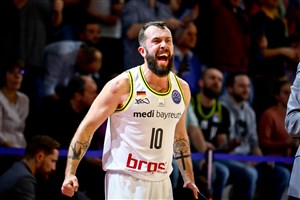