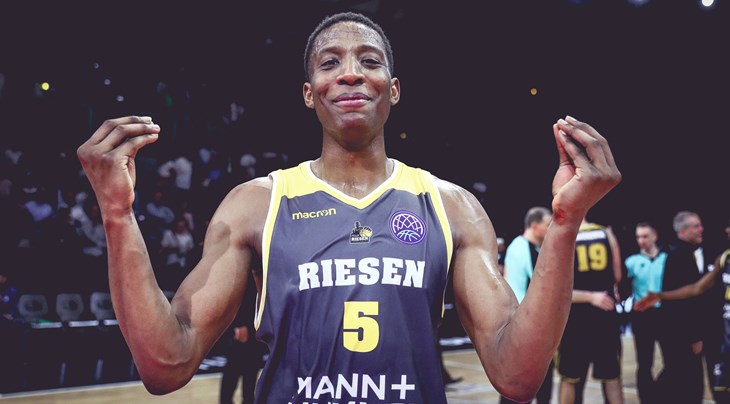 MIES (Basketball Champions League) - And then there were four! AS Monaco Basket, MHP Riesen Ludwigsburg, UCAM Murcia and AEK Athens each won their Play-Offs Quarter-Final ties, wrapping up aggregate victories this week.

Which players stood out the most as the teams booked their Final Four places? After a lot of intense debate, we've come up with a quintessential quintet, the Team of the Quarter-Finals.

He's not the tallest playmaker at 1.79m (5ft 10) in height, yet the UCAM Murcia man is one of the best in the Basketball Champions League. He definitely was in the Quarter-Finals, hitting timely 3-pointers, dribbling his way past opponents and delivering passes so precise that teammates had the easiest of shots to make. Hannah, who has hit 47.7 percent (31 of 65) of his shots from the arc this season, connected on 6 of 10 in his team's two victories over Pinar Karsiyaka while also averaging 7 assists. With Hannah, Charlon Kloof, Brad Oleson, Vitor Benite and Alex Urtasun, Murcia are certainly not short of options in their backcourt.

That heat you felt while watching AS Monaco take on Banvit in Bandirma, and then this week in the Principality, was courtesy of the red-hot shooting of Gerald Robinson. Time after time after time, especially in the first quarter of the second leg, Robinson buried 3-balls. He had 5 in the opening quarter on Tuesday and finished with a game-high 30 points as the French league leaders downed their opponents on aggregate to reach the Final Four for the second consecutive time. Robinson had 18 points in the team's opening leg victory at Banvit. 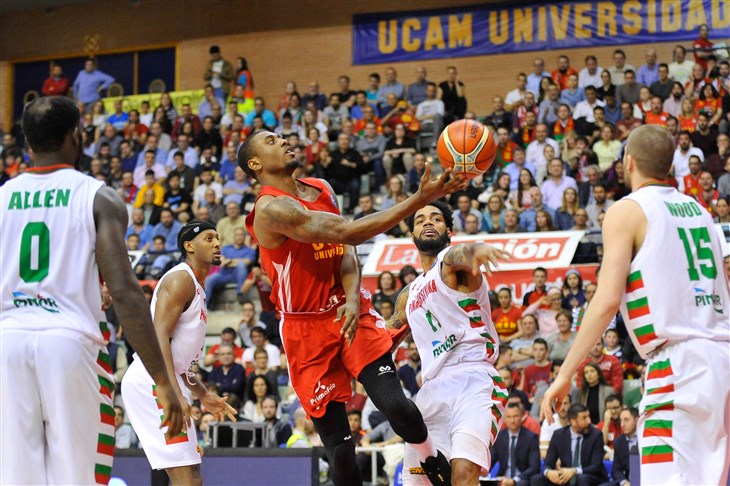 The high-flying Great Britain international has been irrepressible in his first Basketball Champions League campaign, averaging 12.9ppg and 7.3rpg. While Augusto Lima dominated in the first leg at Pinar Karsiyaka, Soko was terrific, too. He poured in 14 points in Izmir and then had 15 on Wednesday night.

Sakota is a match-up nightmare for most teams because he is such a prolific shooter from long range. On the season, he's been one of AEK's biggest weapons, nailing 35 shots from deep. He was 4 of 9 (44.4 percent) from deep in the Quarter-Final tie against Strasbourg and scored 12 points in each game while also corralling 6rpg. Sakota is so good that his alley-oop passes can even turn into 3-pointers!

The former Yale Bulldog opened a lot of eyes with his performance for MHP Riesen Ludwigsburg at medi Bayreuth on Wednesday, showing power, relentlessness and tenacity in abundance. He did it on both ends of the floor, too, scoring 15 points, grabbing 6 rebounds, blocking two shots and coming up with 3 steals. Remembering that he exploded for a season-high 21 points in MHP Riesen's opening leg triumph over EWE Baskets Oldenburg in the Round of 16, it's safe to say that Sears is enjoying the Play-Offs. 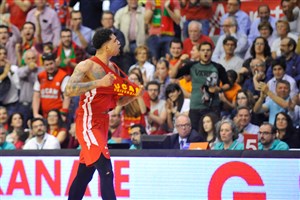 Ten takeaways from the second leg of Quarter-Finals 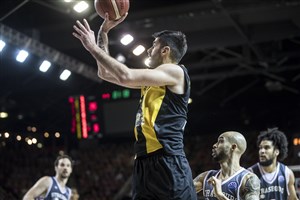