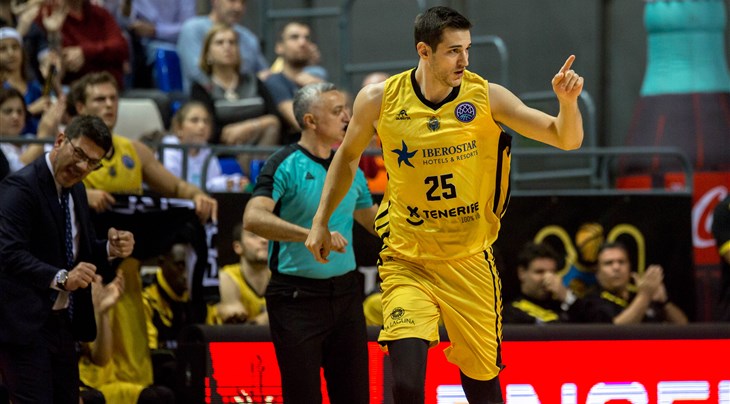 Through the window - and into the Play-Offs

LONDON (Diccon Lloyd-Smeath's Champions League Insider) – As we approach the end of the first week, of our two-week break in the Basketball Champions League, we also approach the start of the first games in the World Cup Qualifiers. To all the stars of the Basketball Champions League that will be representing their nations, it's time to say "Let the games begin and may the odds be ever in your favour" as we take a look at who among our stars might be 'Catching Fire' and leading their team one step closer to qualification for China in 2019...

Ok, admittedly the link there is tenuous and the reference equally dubious but the point remains - the next two games could be huge in deciding who gets to book their ticket, to compete for one of Basketball's biggest prizes. With the Basketball Champions League Play-Offs starting immediately after, a strong performance and positive results for any of our stars still in the Play-Offs hunt, could provide a Mario Kartesque momentum boost. Likewise, a poor result and sub-par performance, could just as easily be the kind of relative banana skin, that could see confidence slipping in the wrong direction.

With so much on the line, it takes a very specific type of character to carry that pressure on their shoulders for club and country. The good news, is that we have the privilege of watching exactly those kinds of characters in the Basketball Champions League, on a weekly basis. In truth, we actually have a myriad of stars playing for the pride of their people this week and next. But not all of them have the kind of high usage role that requires them contribute in multiple facets of the game and lead their team. The majority of players want the ball in their hands as much as possible. Not all players know what to do with the ball, when it really counts. Keep an eye on the following three names to do exactly that over the next ten days.

It has been said before and it will be said again, Gasper Vidmar is a Warrior. Whatever his perceived limitations are - aside from FT shooting - time and again during Slovenia's Eurobasket run, Vidmar came up against a high-profile opponent and physically imposed himself. Bully ball, grabbing rebounds, setting hard screens and dunking with malice, are what makes him so valuable for club and country. A Usage Rate of 28.4 is high for a big and tells you exactly how much Slovenia needed Vidmar to be directly in the action vs Belarus and Spain. 24 Points and 7 Rebounds in 27 Minutes vs Spain is exactly the kind of "Cometh the hour, cometh the man" performance that we have become accustomed to seeing from Vidmar in the white jersey of Slovenia.

PER isn't always the most useful of stats for measuring all of the different roles that a player can take on court. For high Usage players that need to contribute in multiple facets offensively, it's a decent indicator. A PER of 35.9 for the 2 games is very good. During the 15 Minutes Slovenia went to a lineup of Rupnik, Blazic, Cancar, Prepelic and Vidmar, they scored 42 points. Vidmar was the unquestionable anchor of that lineup. For Banvit and Slovenia, he is vital. Road trips to Montenegro and Belarus then to Paris for Banvit against Nanterre 92 - a schedule that would test the strongest of constitutions. Don't be surprised to see huge performances from a huge character in all three games.

What a story this could be. Dardan Berisha is probably the best player to come out of Kosovo - if not ever, then certainly in recent times. However, up until 2015, he was also one of Poland's best players. During the 2011 Eurobasket, the 1.91m (6'3") baller averaged 13.2 PPG, 2.9 RPG and 2.8 AST. Post 2015 with Kosovo now able to compete as a nation, he has returned to the country of his birth to lead the team. Next opponent in the qualifying group? Yup, you guessed it, Poland.

Kosovo are 0-2 and struggling but if Berisha gets cooking, who knows what could happen. 19 Points vs Lithuania and 22 vs Hungary shows you that nobody has found a way to slow him down yet. Berisha is playing 36.5 MPG and has a Usage of 36.1. Put simply, everything goes through him. Road trips to Poland, Klaipeda (Lithuania) and then to Athens (AEK) with CEZ Nymburk will be stern test, although CEZ Nymburk have been much stronger away from Prague this year than they were last term.

Poland certainly won't need to be reminded of the threat that Berisha carries, if AEK are unsure of what is coming their way, they only need to ask Telekom Baskets Bonn. The Germans have been fantastic sports and have one of the best social media teams in the Basketball Champions League - a tweet would probably do it. If not......

Also in Group C, Rosco Allen and Hungary are chasing qualification to the second round. Up next, two huge games, the first in Lithuania, then hosting Poland in a game that could all but decide the group. Allen was brought into Iberostar Tenerife for his versatility and as the replacement for Aaron Doornekamp. That versatility has been on full display for Hungary in the two games so far. 13 PPG and 8 RPG and PER of 29.5 in 31 MPG, highlights how important it is for Hungary that Allen contributes to the box score in more than one area. When we took a closer look at Tenerife before the start of the season, Allen looked a rare breed.

The kind of skilled, mobile, inside-outside threat that can be so hard to find. Whilst we haven't seen consistently dominant performances from Allen every week for the Canarians, there have been games where we have - a 19 Point, 11 rebound double-double vs PAOK stood out in particular. With an all Spanish derby against UCAM Murcia on the horizon for Iberostar Tenerife, the men in yellow will be hoping to see Allen put up some big numbers for Hungary and come back confident. Allen's unique ability to create or finish from the inside or outside makes him the kind of player that can take the game away from you offensively.

* Usage = an estimate of the percentage of team plays used by a player while he was on the floor. 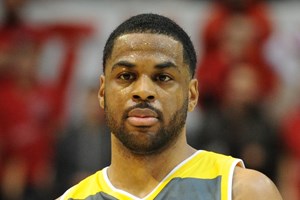 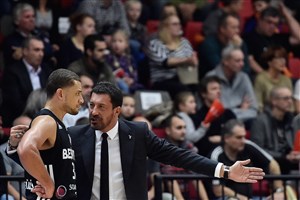