The French league leaders got their noses in front for good in the second quarter in Bandirma and never let up against the club that beat them in the Semi-Finals in Tenerife last season.

Monaco locked in on defense and shared the ball on offense. DJ Cooper pulled many of the strings. He scored 13 points, handed out 10 assists and came up with 4 steals.

Banvit had to work for everything they got.

Of the many problems that teams face when going up against Monaco, one is how to cope against the second five. The club loses very little when the starters take a break, which was evident at Banvit as Monaco's bench poured in 32 points compared to just 10 for home side.

Elmedin Kikanovic finished with a game-high 20 points for Monaco with his teammate Gerald Robinson scoring 18. Andy Rautins had 17 points before fouling out late for Banvit.

The second leg will be played next week at Monaco. 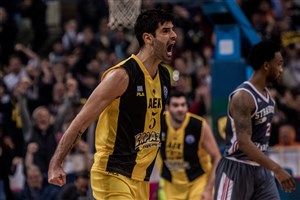 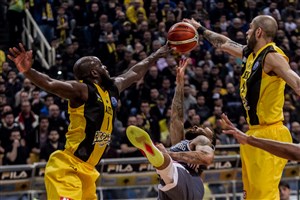